Stepping back (so far) 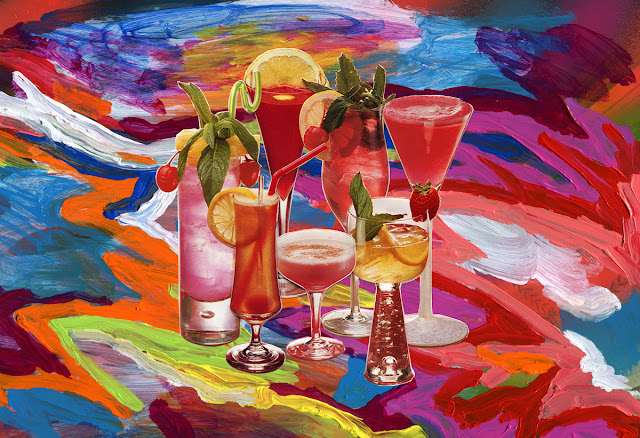 I live in a new house now and have somewhat of a shiny new life. It’s taken me some getting used to - I’m still letting the sheen wash over me if it’s overwhelming, still watching the same things on TV to chase an old sense of familiarity. The novelty of running around inner city ovals and walking to and from work, studio, home has not lessened in these past months, neither has the novelty of company, or lack thereof.

I find myself reflecting on this year prematurely, as I try to collate and box up most things retrospectively before they’re even over. A common thread was the opinion of select individuals who frustratingly seemed to construe that I’d “stepped back” this year. Recently a women I did not know at the Spring 1883 Art Fair asked me: “Why did you choose to take the year off?” when in fact I merely took my first 11 day holiday in five years, and, merely faced some of the biggest personal challenges and changes of my short but full life.

This perception of an apparent “stepping back” has much to do with I think the unavoidable fact that I will never again be the effervescent new kid on the block, and nor will I be as young as I was when I first, how do you say “burst on the scene”, not as fresh faced as I was last week or even yesterday. I can see how my work can easily be taken for granted due to my somewhat prolific nature and generosity with it on social media. It’s understandable that the opportunities I had when I was younger seem (in the eyes of others) to dwarf those I’m given (and work hard for) now.

A part of me wants to list the things I’ve done this year to prove to myself and whomever will listen that I have not in fact slowed down or lost some momentum in my practice as so many people seem to think. To remain on the high road I will not write that list, however present you with my argument that the perception is merely an unfair illusion of retrospective comparisons coupled with the problematic attitude wherein women are forced to outdo themselves in youth and achievements. We are not only supposed to be in competition with other women, but in competition with ourselves. In other words, your next selfie should exceed your previous in hotness and on-point self-depreciating caption irony.

At what I am told is the ripe old age of 25, I feel like I am in the midst of some sort of skewed new beginning of my so-called art career. Like anti-aging impossibilities the standards your audience can place on you for being an artist (particularly a young female artist), and the standards you place on yourself, are infinitely unachievable. Perhaps I will never again make enough, or exhibit the ‘right type’ of work to satiate the taste of those who believe an artist is a disposable entity who, if they don’t make work solely to outdo or one-up oneself and share it regularly with the world, it is as irrelevant and useless as if they literally “took time off” and made nothing.

I won’t fully broach the other side of this argument, which concerns the notion that retreating however briefly or slightly from social media and/or the “public eye”, or that stopping making artwork to move house, or to take a holiday with your partner is the equivalent to entirely disappearing. There’s something so sinister about that idea of being completely reliant for your existence and life’s work to be valued not only on the amount you make, but of what you display. While I don’t think that I have actually retreated from my practice at all this past year, not allowing an artist the right to do so without immediately being deemed irrelevant is really dangerous.

It recently was a pleasure to reflect on the beginnings of my art practice by compiling over 70 of my collages from the past 5 years into a book published by Canadian publishers Bywater Bros Editions, which launched at the 2016 New York Art Book Fair. The works together are so idyllic, a snapshot of a time when I was that effervescent new kid on the block, and my work shone not unlike my new house shines to me now ‘cause stepping through that door was so unlike anything before it. The book is an intimately curated collection of presumptions of innocence, presumptions that youth and whatever associated beauty that comes with youth are forever, and presumptions that art will always come as easy as it first did due to having absolutely no prior expectations of ones work, not to mention no one else having them, either.

I wanted to write this to assure you that I have not in fact ‘stepped back’, and that if I do, it will be for justified personal reasons, and only ever (hopefully) for short periods of time. If there is something I have learnt about being an artist in the mere 3.5 years post-graduating, it’s that my practice changes every single day. I step in and out of showing, in and out of inspiration, in and out of making, and it’s hard. Neither I nor any other creative person should be criticised for that. 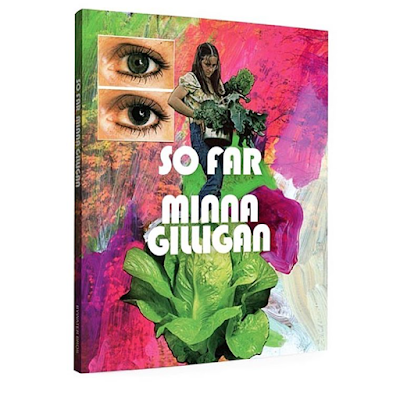 So Far can be purchased via my Big Cartel here: http://minnagilligan.bigcartel.com