It felt like spring this weekend, which reminded me that it is only a matter of weeks (2) until its official arrival. I wore only my leather jacket over my cleverly composed outfit still ensuring warmness yet allowing me a little more freedom from my usual 100% wool full-length shackles. I spent the weekend with S, doing really lovely weekend things which I intend to describe in detail. The magnolias are almost blooming along Gertrude Street and the air is a little sweeter that is has been these past few months.

My friend Brodie Lancaster had her 6th Filmme Fatales zine launch on Friday night at the Good Copy. She was texting me throughout the day with updates on the 100 balloons she ordered, and I got pretty excited. I had such a fun night, a bunch of people I hadn't seen in a while were there, there were amazing rum cocktails, those brilliant tinsel streamers I am obsessed with and issue 6 of Filmme Fatales is incredible! I did an illustration for the issue, here it is! 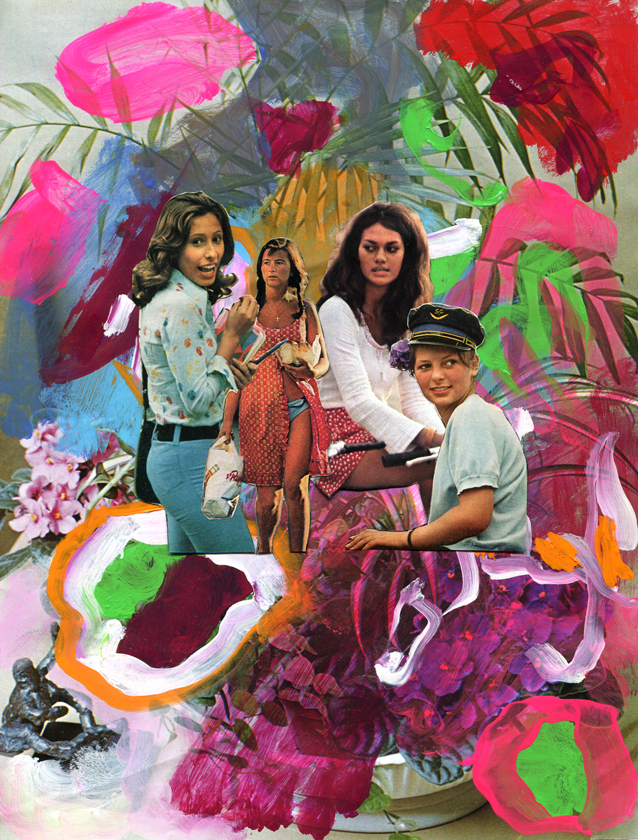 On Saturday I headed to my studio and on my way got caught up in a tram accident. I arrived much later than usual after assisting an elderly man who fell over in the commotion. I didn't mind of course and found it warming to see a number of other passerby offer their compassion and conversation to the situation. Post-that I met up with my gallerist, showed her my book and spoke further about organising my book launch, which is to be held at her gallery space. Then, after a semi-productive afternoon in the studio I went to meet S for an evening in cooking a lasagne recipe we'd found in the paper, drinking wine, and eventually ravenously eating the finished lasagne.

Sunday was today, and after a breakfast out we went to see our last film for the Melbourne International Film Festival (MIFF). It was called 'My Skinny Sister', I cried at multiple points throughout the film (Much to my dismay, I find it very embarrassing crying in a cinema and I don't know why) I felt very close to the characters, red haired siblings... I dunno. It was gorgeous. Not a word I use often but seems appropriate.

Going a bit further back, these past weeks... I've just been either in my studio or at my part-time job. I've been doing a few interviews as publicity for my upcoming book launch, got to go to the very *cool* Vice/i-D offices in Collingwood the other evening. I'm getting better at those kinds of exchanges, it helps when I'm being interviewed by a woman and if they've really done their research. Also helps if they "get it" and the last few people I've spoken to, have. 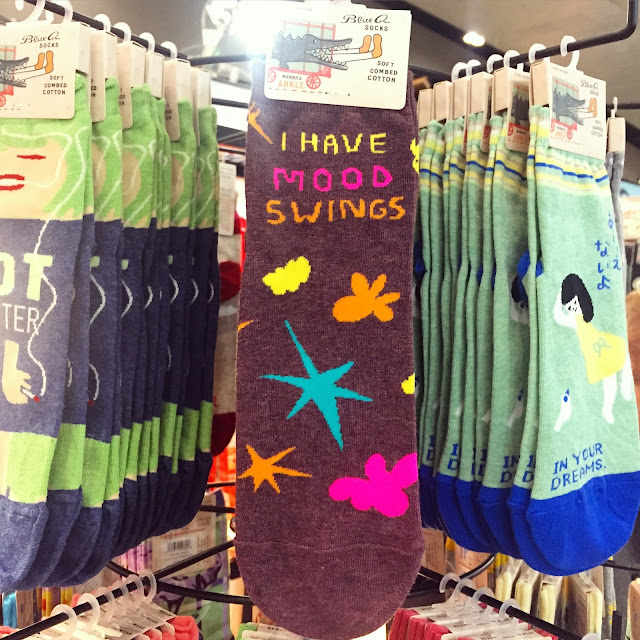 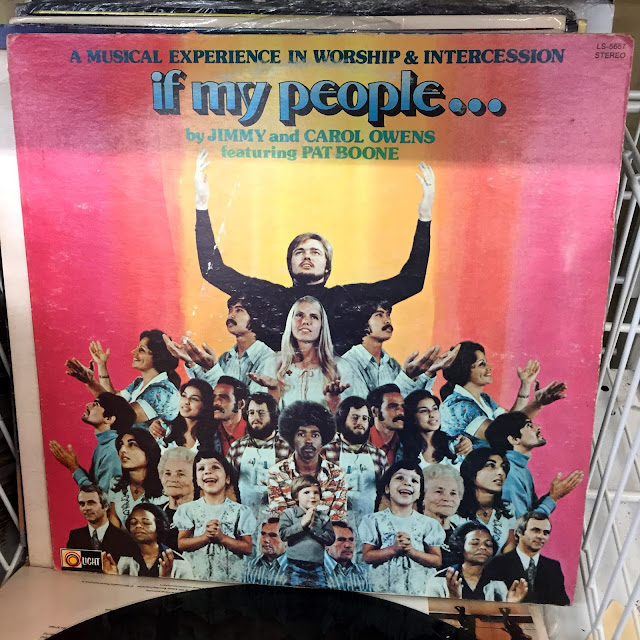 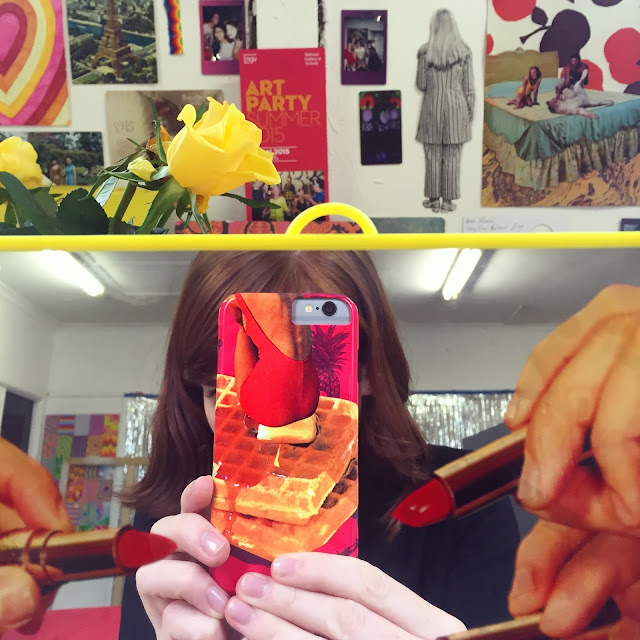 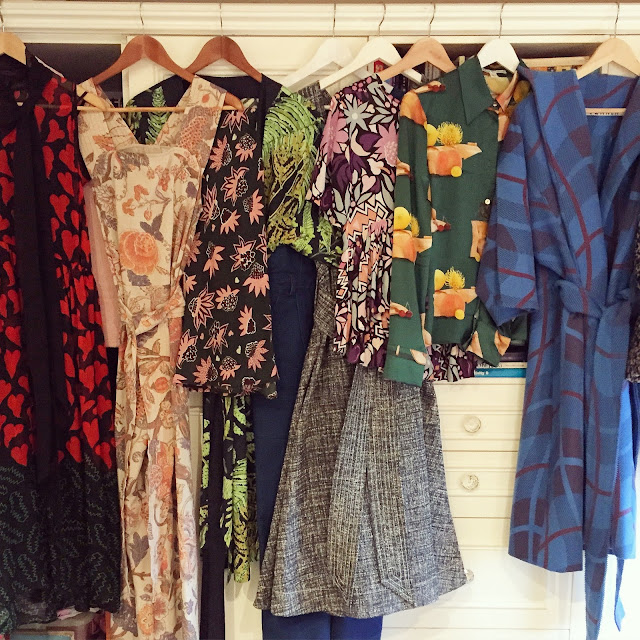 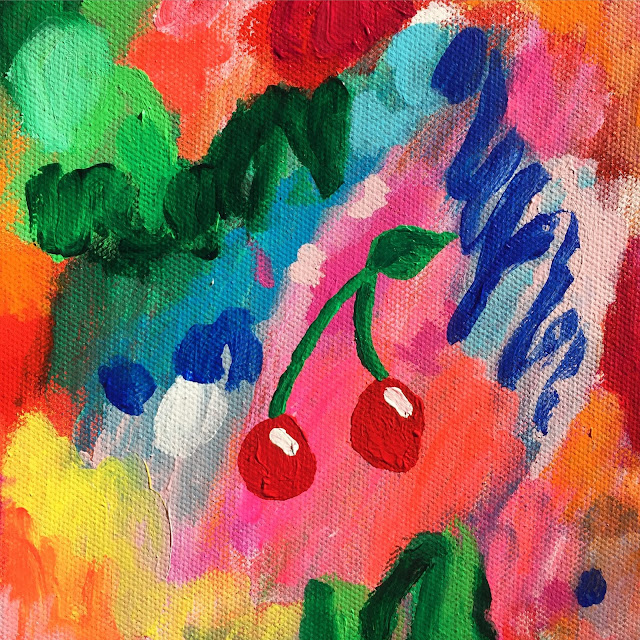 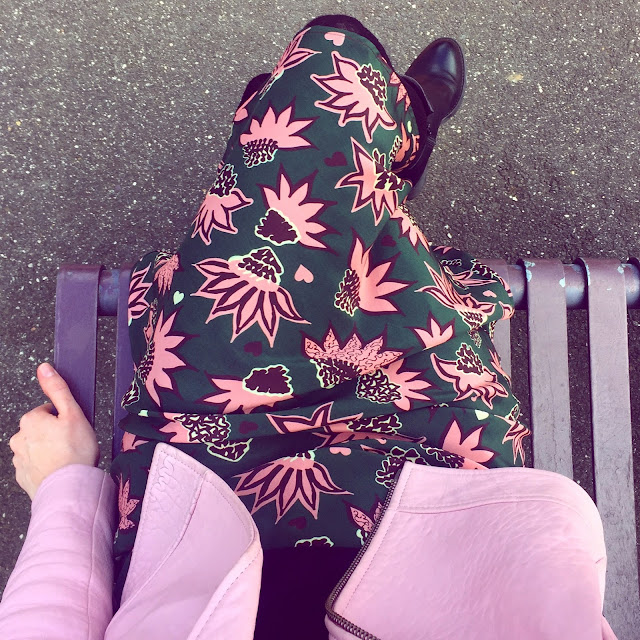 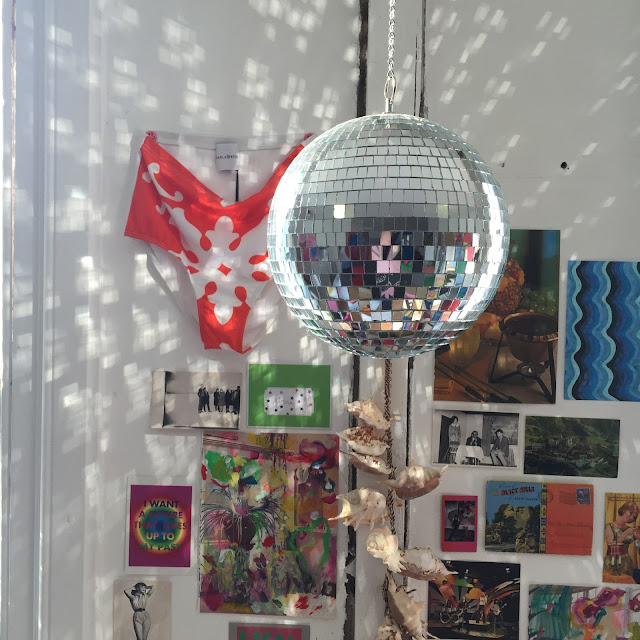 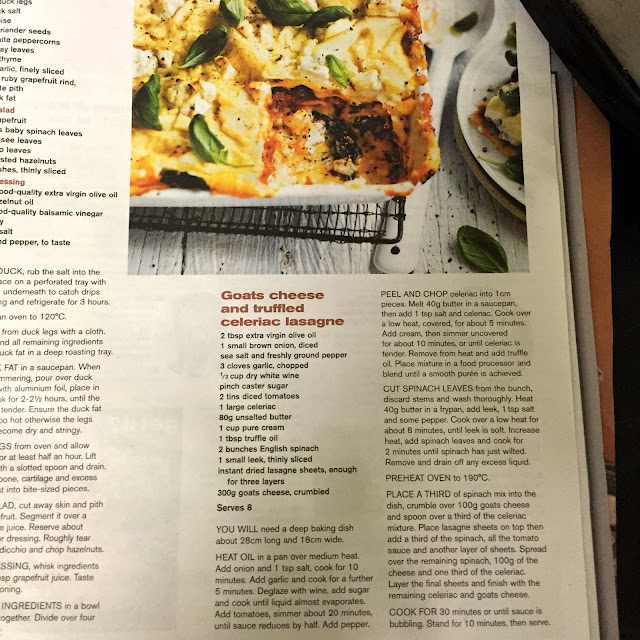 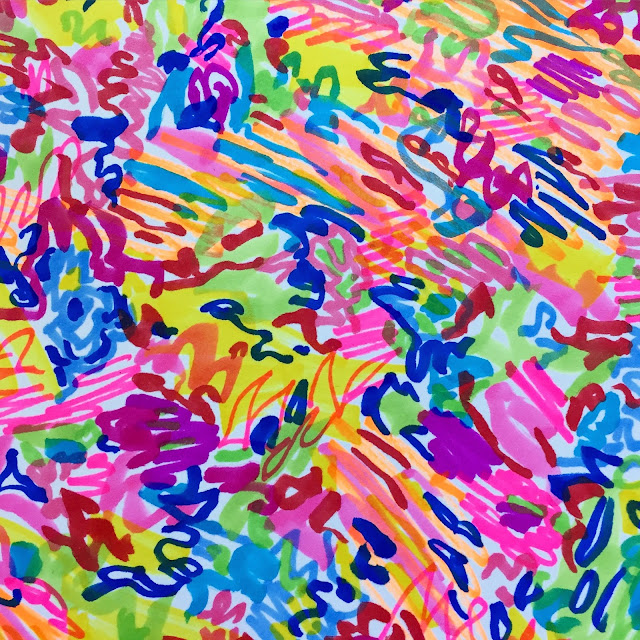 I came home this afternoon to two parcels, one my preorder copy of Filmme Fatales #6 (Brodie sweetly sends them in the post to contributors!) and a pair of metallic blue Gorman boots that I've been pretty into for a while now. It was the perfect end to a lovely weekend. 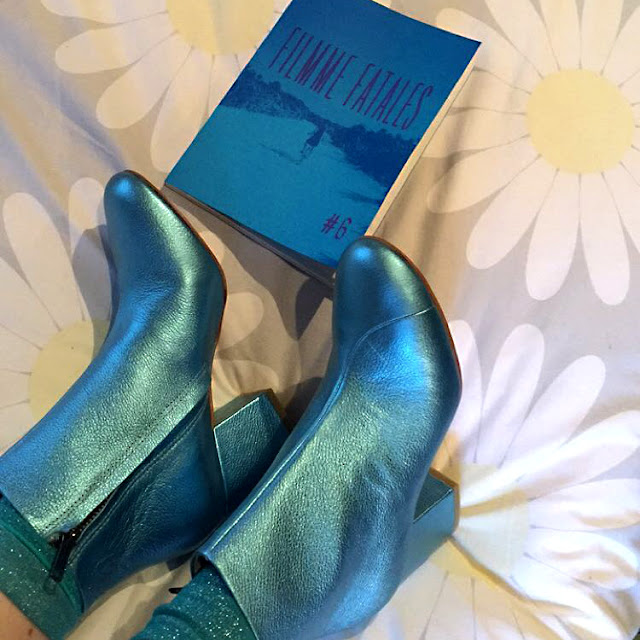 A couple of weekends before all this, a friend of mine from LA came to visit Melbourne for a weekend. Her name is Kate Durbin - she is an artist and writer and she is simply magic. Kate was really keen to visit Hanging Rock, so my sister, her boyfriend, S and I took her there on a Sunday. 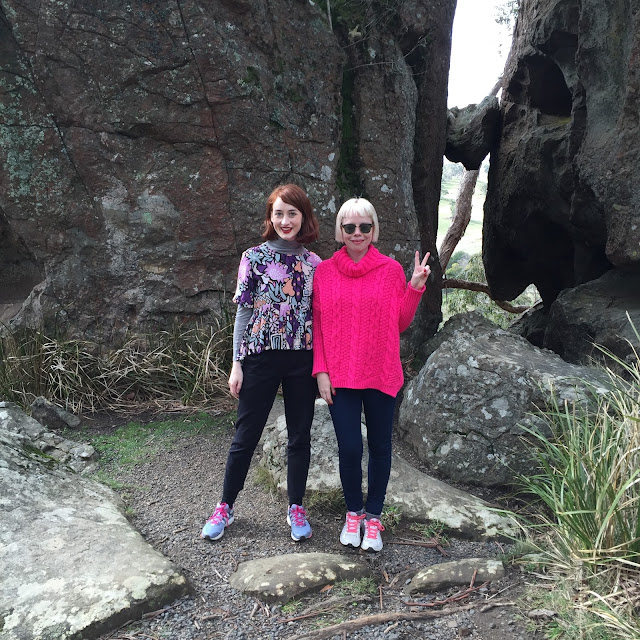 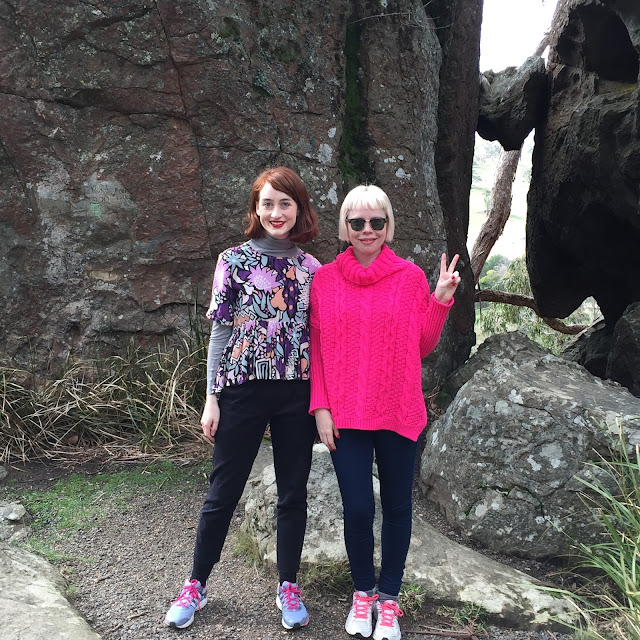 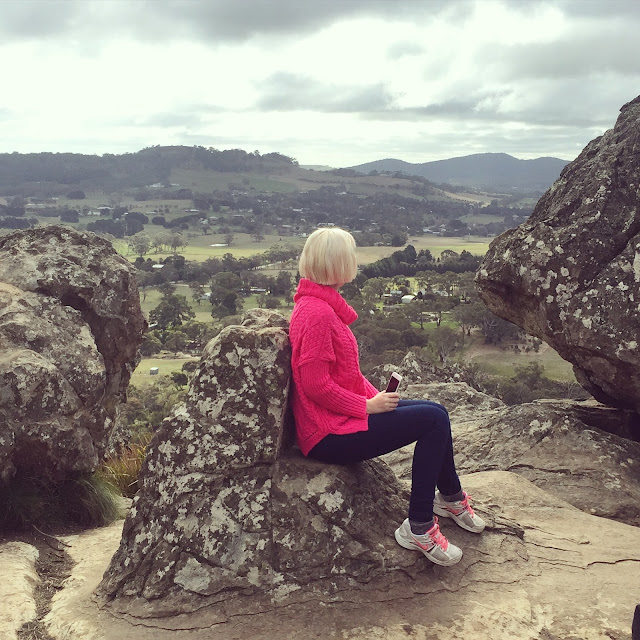 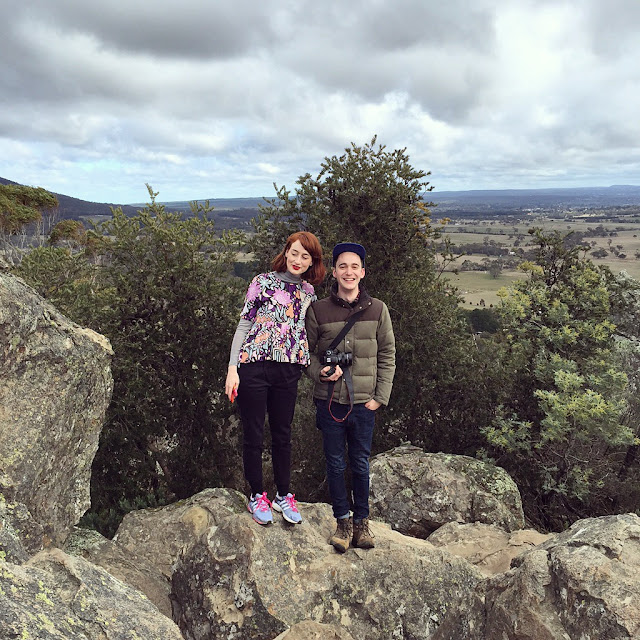 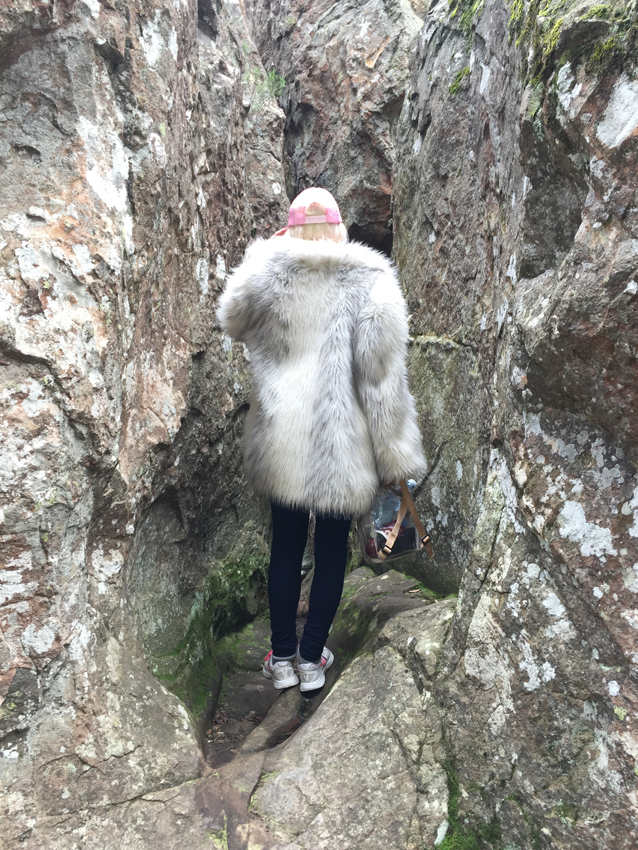 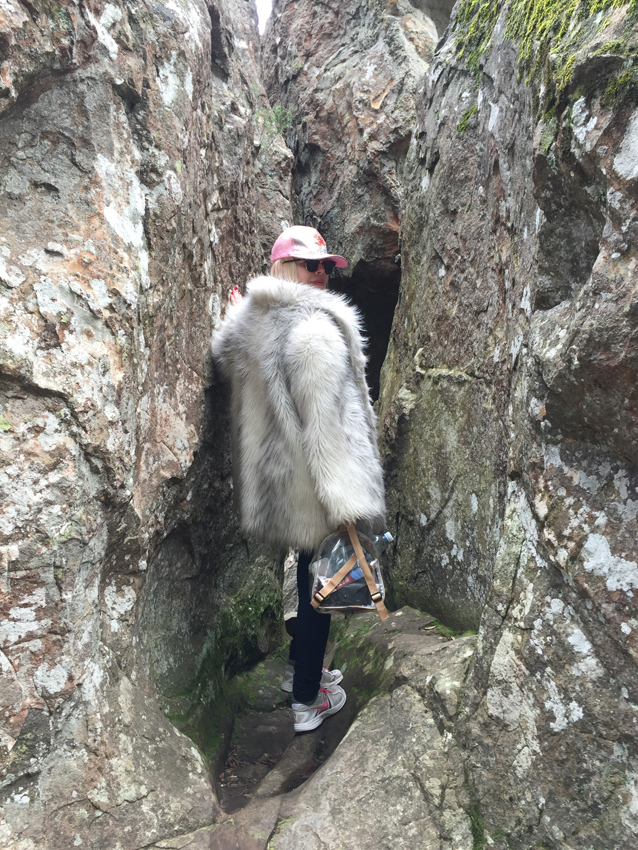 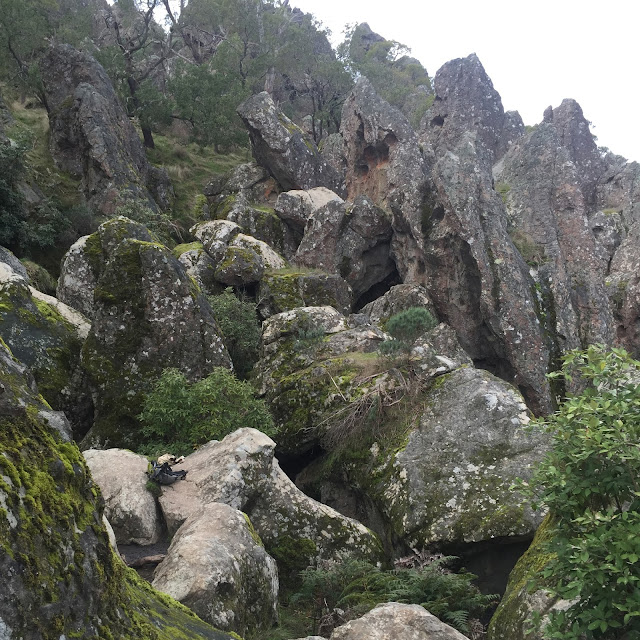 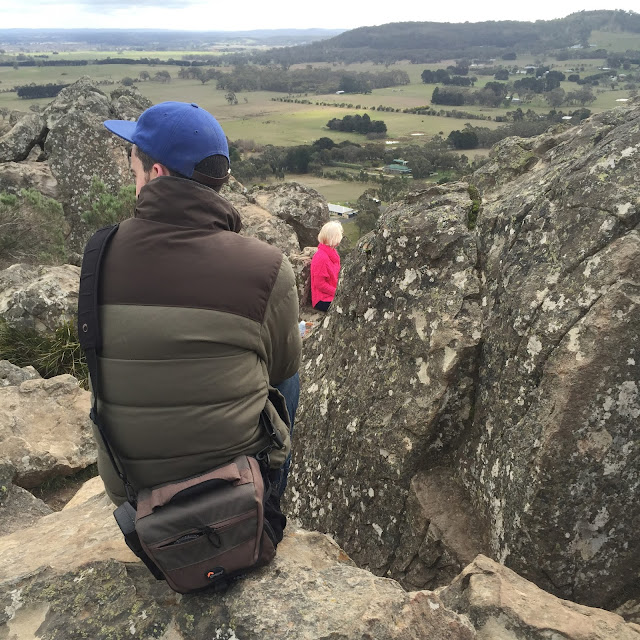 Kate also visited my studio! I can't say how great it was to meet her. :) Currently, Kate is undertaking a residency in Queensland as a part of the Queensland Poetry Festival. She is working on incarnating her project 'Hello Selfie' in Brisbane with men instead of women. It will be awesome. 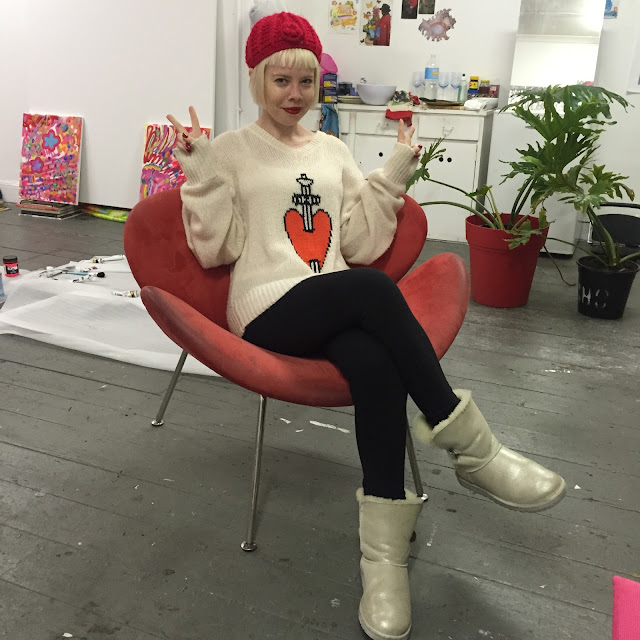 In other news, I realised that the onslaught of spring also means the launch of my book. Given my penchant for warmer weather the timing couldn't be more perfect. I think I told you about this event that I'm doing with the Melbourne Writer's Festival - but I'll risk repeating myself. It's an 'In Conversation' event with yours truly, hosted by the incredible Lorelei Vashti. It's held on August 26th at the Alpha60 Brunswick Street store, and tickets are free!

Initially the event really quickly booked out after I put it on Instagram, but we've somehow managed to increase capacity so there are a handful more tickets available, if you get in quickly! There will be advance copies of my book available, plus if you want I'll sign them for you ;)

You can book here: http://mwf.com.au/session/minna-gilligan-time-after-time/ 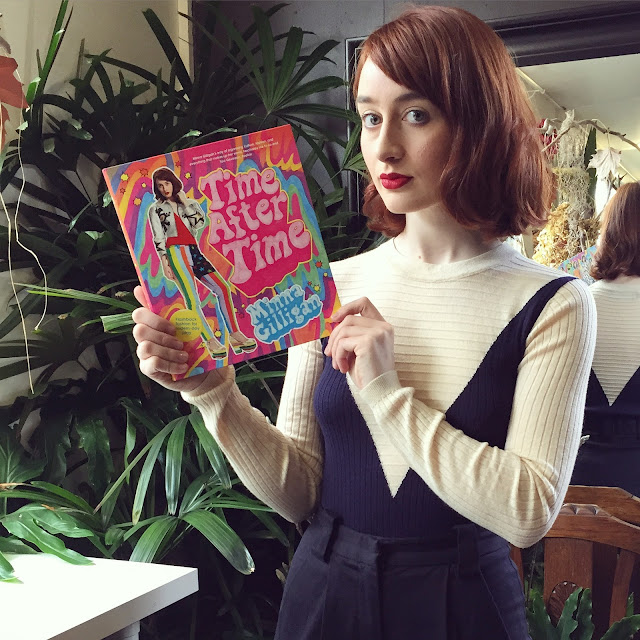 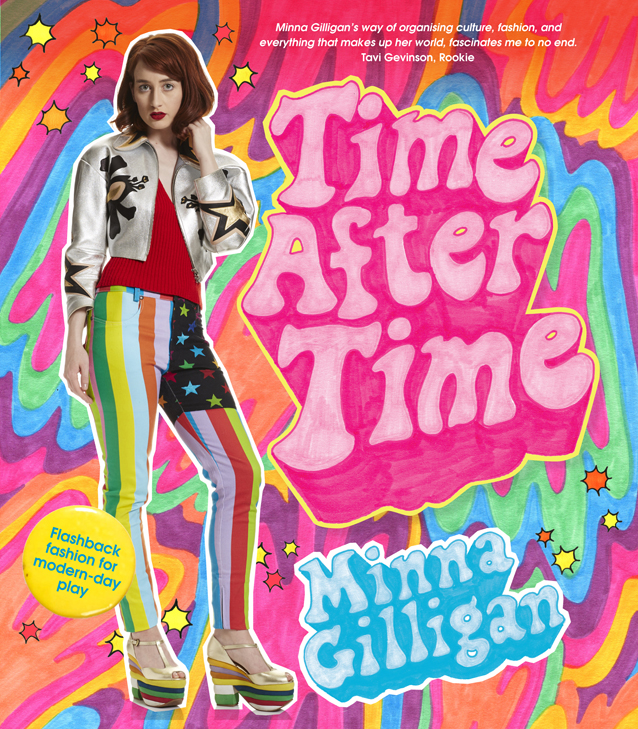 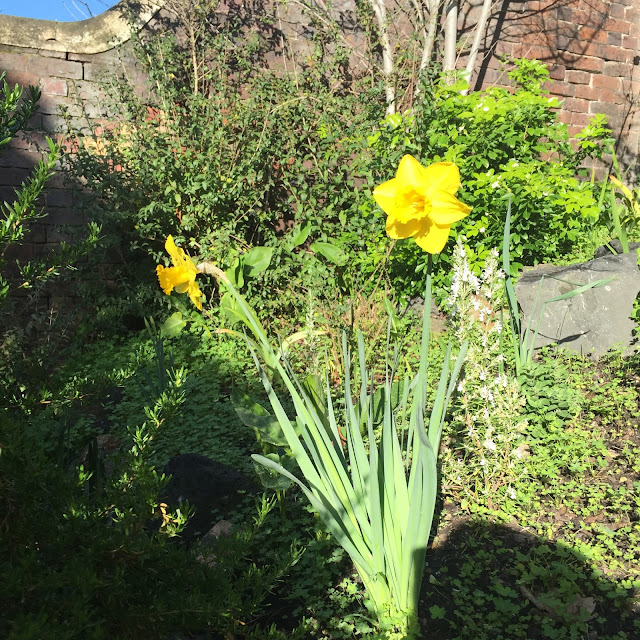 The more flowers I see bobbing their heads, blooming - the nearer my book's release is. I feel excited, nauseous, elated and terrified all at once. Everyone who takes the time to express to me their own anticipation for Time After Time cushions those feelings a little more, and it's that softer landing that will make it all feel okay.