I am actually sending myself round the bend preparing for my rapidly approaching exhibition at Daine Singer. I've been working long hours from home, mostly on paintings but also slotting in time for illustration jobs and other miscellaneous creative commitments. It's truly maddening. I am, thus far, happy with what I have produced. However, I am worried that the works in the exhibition will seem disparate and inconsistent. I have made a selection of paintings, that to me right now - seem to be really different from each other. I think the thing I struggle with most is coming up with a body of work for an exhibition in which each work seems to relate and bounce off each other. The more I think about it, the more different the paintings turn out from each other. I remember when I was in Uni and that thought never even occurred to me, I just made work as it came to me and somehow it fit together brilliantly. The key obviously is not to think about it too much but now that the seed is planted in my mind, and I am under rather intense time constraints - I can't get it off my mind.

I took a day off from my art stuff to speak at the Melbourne Writer's Festival on Sunday with my friend Brodie and other amazing babes Michelle Law, Bhakthi Puvanenthiran and Eliza Sarlos. The event was called 'Amazing Babes' and hosted by Anna Barnes. We got to talk about an amazing babe who's been influential and inspiring for us, and I spoke about Ella Hooper because she is the greatest.

I'm going to post the talk right here so you can read it if you want to!

I think essentially, all the women in my life are amazing babes - so it was challenging to pick just a single one to talk about here today.

The Amazing Babe I am going to talk about, however, I've known my whole life - albeit on different levels, and she has been consistently inspiring and sparkling from the very beginning.

Some of you might know of Ella Hooper, a brilliant singer and songwriter originally from Violet Town in country Victoria. As a teenager - sharp and wise beyond her years (not unlike a younger Tavi Gevinson), her and her brother started writing songs and making music together.

They entered and won a 1996 Triple J competition with a song titled 'Kettle'. The lyrics read "Kettle's boiling in the other room, didn't know that life would end so soon." To hear such dark words leaving the mouth of someone so youthful, was spellbinding - not unlike a fresh faced Stevie Nicks singing Landslide in 1975. It seemed otherworldly, like young Ella was a medium communicating tales of love and loss from a past life.

Ella has always had a aura of magic surrounding her. It was this magic, I believe - that weaved itself amongst the music she made - and initially captured my heart and ears in 1997 when I was just seven years old.

After the Triple J competition win, Ella and her brother made their musical ties to each other more formal and formed a band called Killing Heidi. Some of you may remember their debut album 'Reflector'. In 1997 my Dad went to Europe for the first time, and the gifts he bought me back were a very fancy silver Sony disc man and the first Killing Heidi album.

On a 1998 road trip with my family, we took a pit stop in Violet Town, the country town where Ella grew up. I had on my denim jacket with my discman stuffed - only just fitting - in my pocket. The headphones came out of my pocket and were permanently inserted into my ears. We walked the Sunday afternoon deserted main street of Violet Town, past the Op Shop. In the window of the Op Shop was a wooden bed head, signed with white out in scrawling cursive by Ella. I looked at it. I looked at my parents. I begged them to buy it for me. I begged them until we got to our destination before I finally accepted it wasn't happening.

This was Amazing babe fandom in its first stages. Ella's lyrics shaped and moulded my little brain into one that had its own potential to be an amazing babe someday. I put the tracks 'Weir' and 'Live Without It' on repeat. "I know about what goes on in there, But I know better not to sit and stare" made me feel smarter than anyone ever gave me credit for. Weir prepared me as well as possible for love and loss.

Ella Hooper was like a spiritual guide for me and many others like me as I was growing up. A cool older sibling that I never had who confirmed that being different, creative, on the outskirts - was okay. It was even cool.

This was why, many years later in 2012, I jumped up and down because I got an out of the blue email from Ella Hooper herself, exclaiming excitedly that she loved my blog, my work, and that she'd love ME to design an album cover for her debut solo album. Before I could even rub my eyes to check if it was a dream, the wheels were in motion. Ella sent me all the unreleased tracks to listen to for inspiration. At the time I listened to them almost exclusively for a couple of weeks. It was a secret privilege. Ella narrated my childhood and early adolescence and suddenly she was narrating my early 20s. It felt right, and I was so elated to know that my childlike love for her was so apparent because we were kindred spirits.

The gap between fangirl to friend had been bridged and I couldn't have been happier. When I met Ella in person for the first time I was only just able to resist bringing my copy of Reflector for her to sign. We caught up at a cafe on Smith Street and I was like, sweating and shaking nervous. As soon as she arrived, though, I was at ease. Amazing babes do not make you feel inadequate or anxious. Their amazing presence makes YOU feel amazing, too.

Ella has a remarkable way with words, her wisdom and sparks transform any regular old cafe or space into somewhere magical, where you are captivated by her tales and anecdotes of her worldly adventures and all the people she's met along the way. When she talks to you, you feel as though she is giving you her full undivided attention. You could be the only person in the room.

She may not know it, but she's taught me how to take an immensely average period of heartbreak and sad face emojis and make it into something beautiful. She has taught me the circular nature of encounters and experiences, and how you can come out of the other side of them with a flooring piece of music, or an artwork, or a piece of writing, and that makes it all worth it.

I recently saw Ella play an obviously brilliant solo gig at Shebeen in the city. The crowd was more intimate than the world stage she occupied all those years ago, but those that were there had this sort of unspoken affinity with each other. We knew all too well how rare and remarkable the girl on the stage pouring out her most intimate feelings was. We'd each had some sort of magically memorable encounter with her that cemented her status as a beyond amazing babe - from simply listening to her music on a discman in the '90s to having the privilege of having her as a real presence in your life.

In her song 'Weir', Ella sings:
"Will you make it in the end?
Through all the twists and bends,
will you fulfill your dreams?"
And she makes you believe that you will.

Anyway, so I had a great but busy day on Sunday. It was probably good for me to get away from my paintings for a little while and actually talk to other humans, as well. That afternoon after I finished my talk, I was invited by Dumbo Feather to be interviewed as a part of Caravan Conversations which was a really cool Melbourne Writer's Festival thing where you go into this vintage caravan in Federation Square with the interviewer from Dumbo Feather, and there are four other people in there who've bought tickets to come to the interview not knowing who is being interviewed. You all sit together around this bench seat and there are like three cameras in there filming and it was rather hot but was a really great experience. I was interviewed by Amandine Thomas who had a brilliant French accent and was lovely. It's going to be put online somewhere, so I'll link it when it's up :) 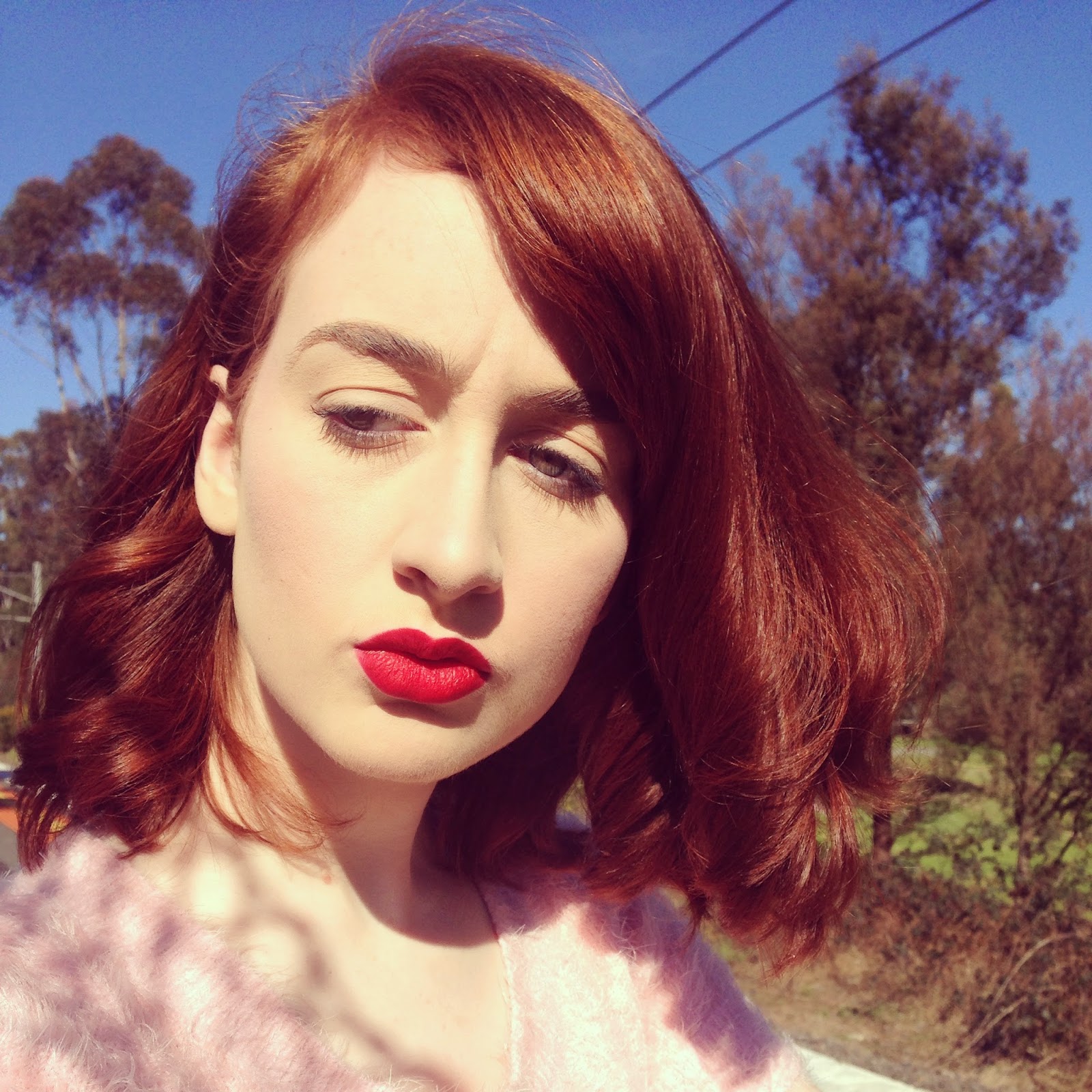 How have I not mentioned until now... SPRING is here and the weather on the weekend was A+ perfecto I mean I had a short sleeve top on I was squinting it was amazing.

Okay so I admit, I went to Savers on Monday... but I was only not doing work for like an hour, I promise! ha. If you'd believe this, I hadn't been to Savers in month! That's how busy I've been. So I thought a quick trip would provide a bit of a stimulus to keep on trucking! It did. It also provided arguably the best image I've found to date... 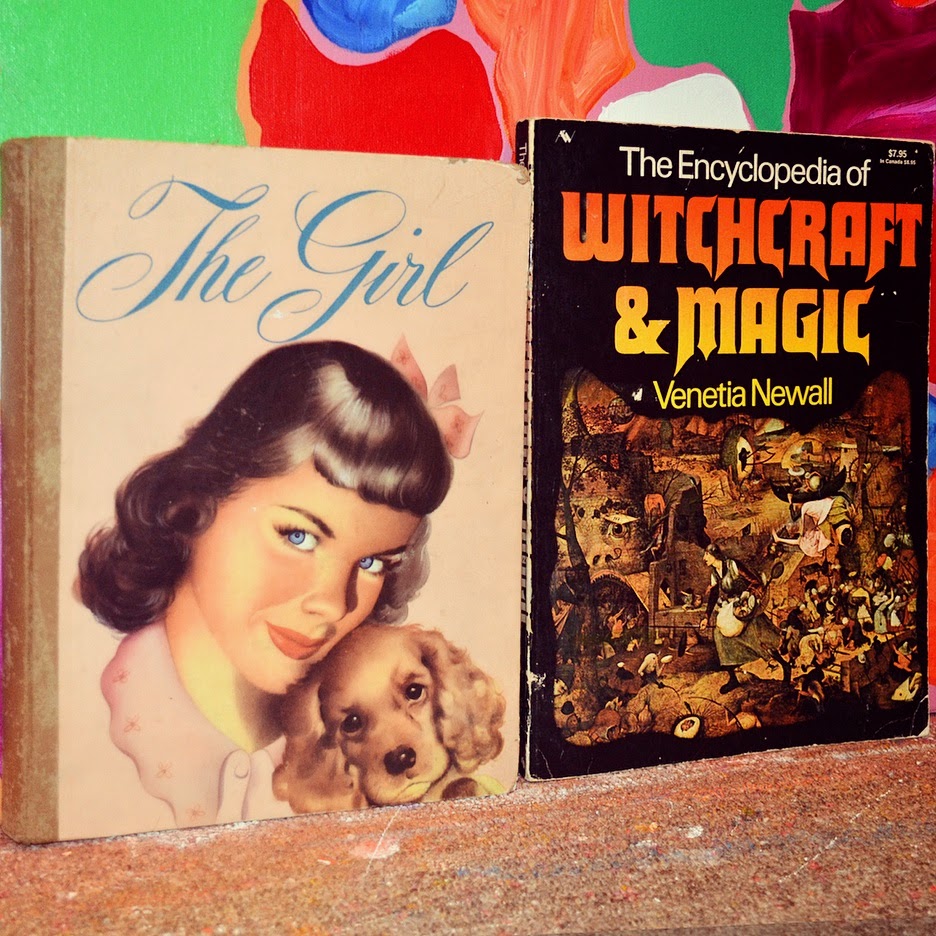 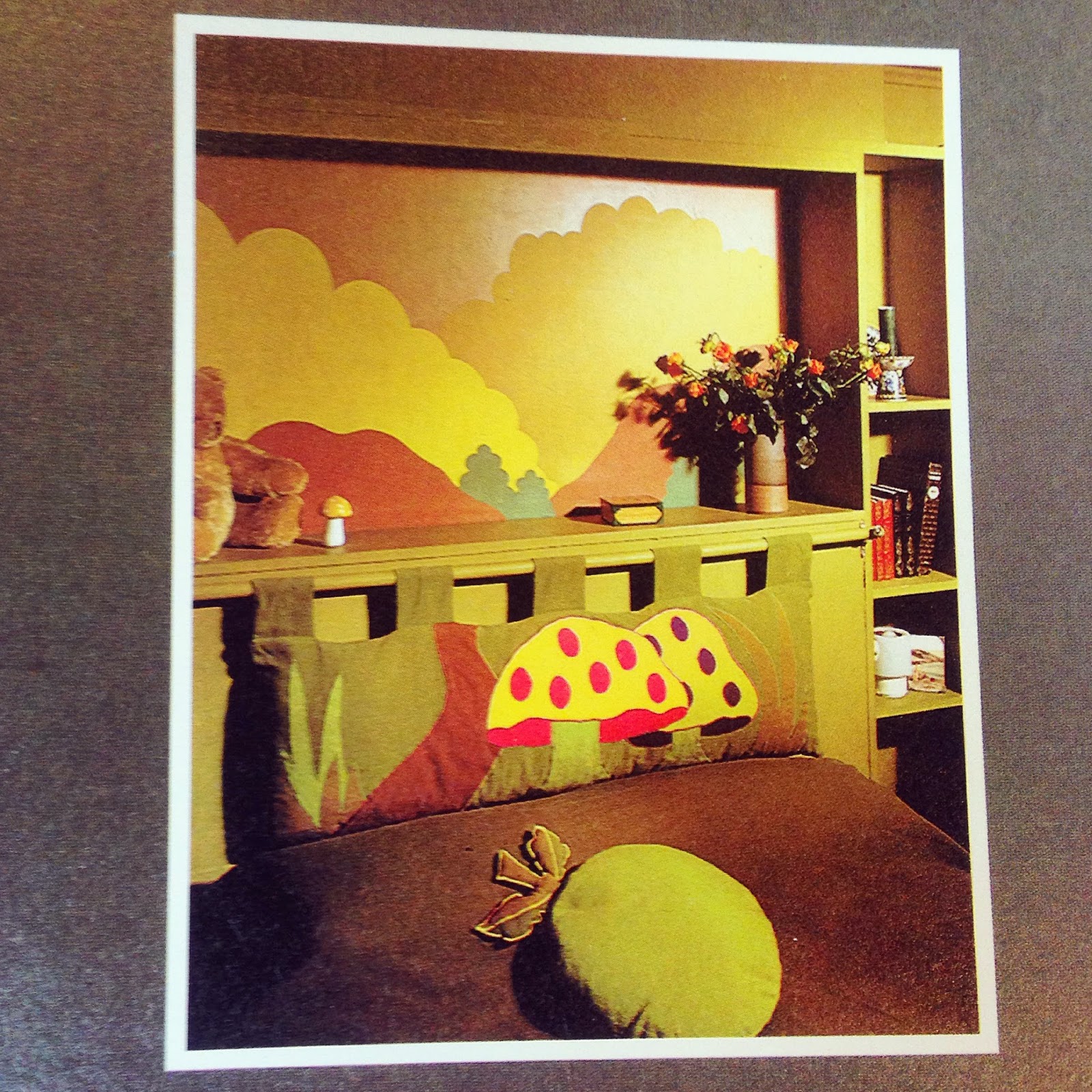 I literally stopped breathing when I saw it. It is just the ultimate culmination of all my wildest dreams and it was REAL. Ugh. I love it so much that I don't even know what to do with it except stare at it. Perhaps this image can just exist without me making it into a collage. We'll see... 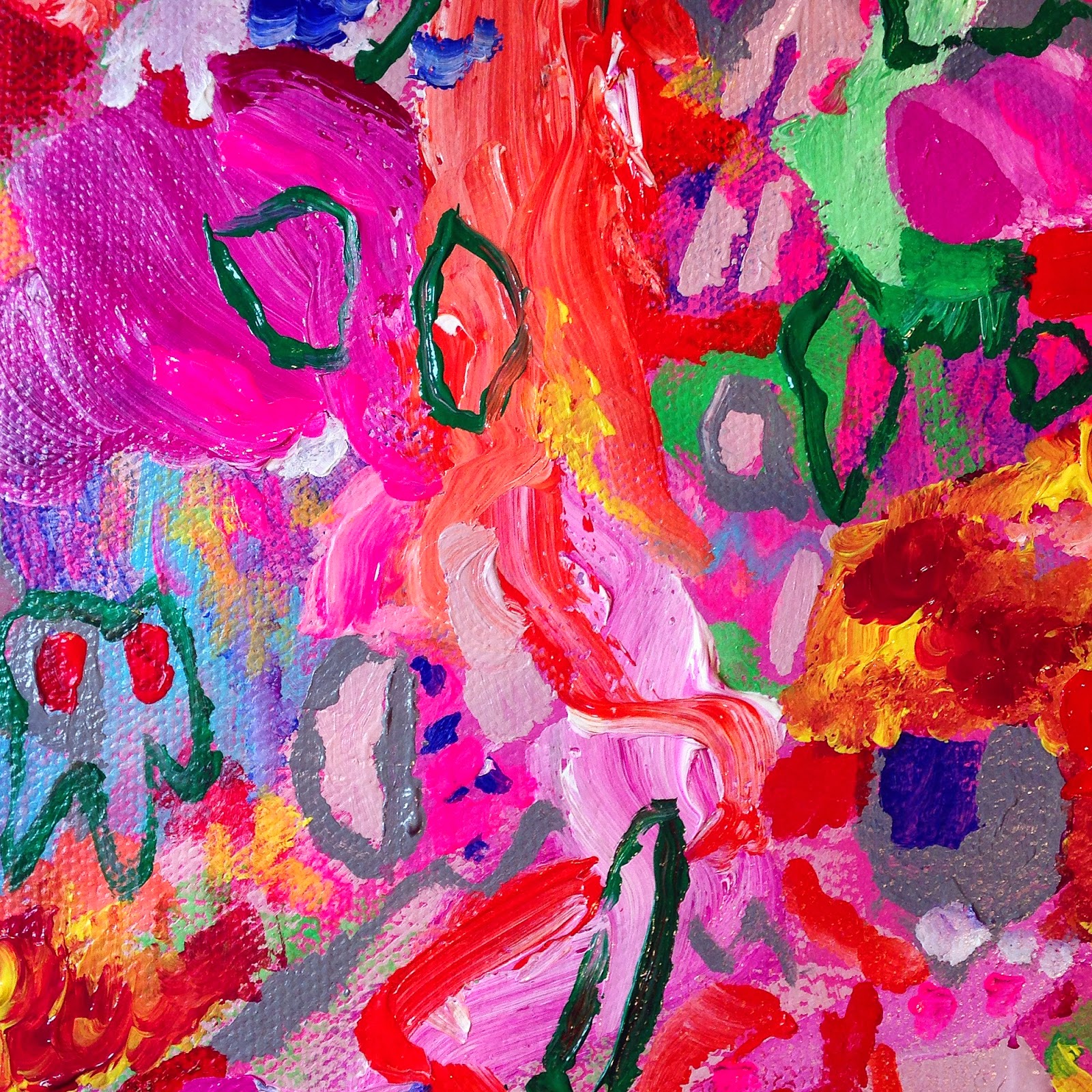 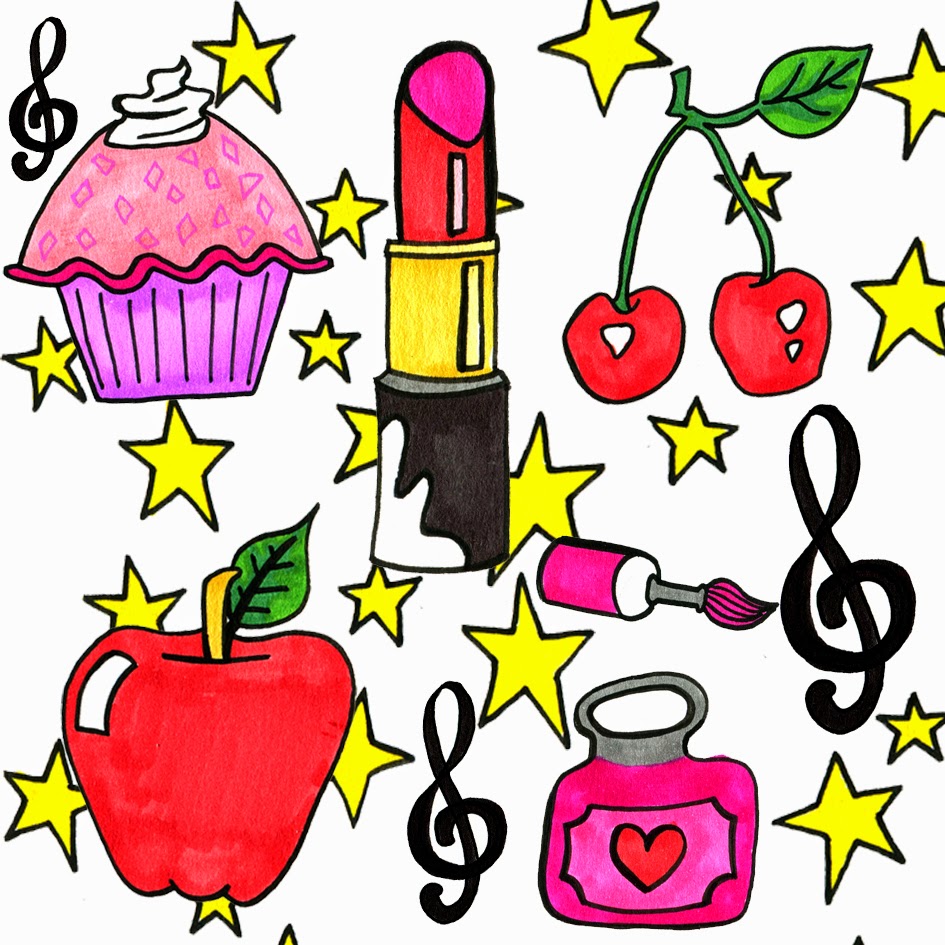 I got the most brilliant, totally unexpected surprise in the mail yesterday. A box came for me that I hadn't ordered, and in it were the below mugs. After thirty seconds of being pleasingly perplexed I caught sight of the receipt, and on it was a note from Joe. It was the single nicest, out of the blue gesture anyone has ever done for me! Sweeeeeet :) not to mention very practical given my chosen profession! ha ha. 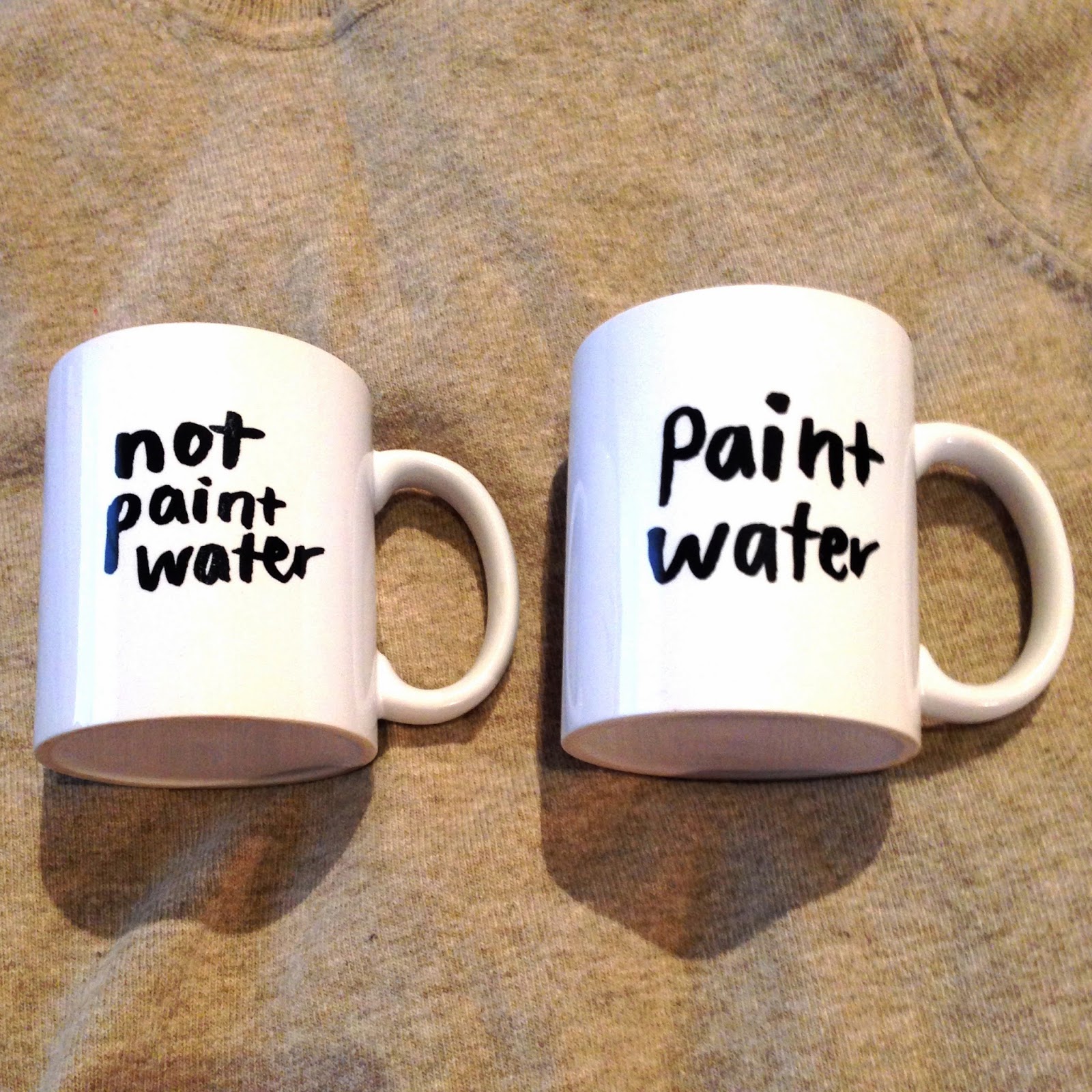