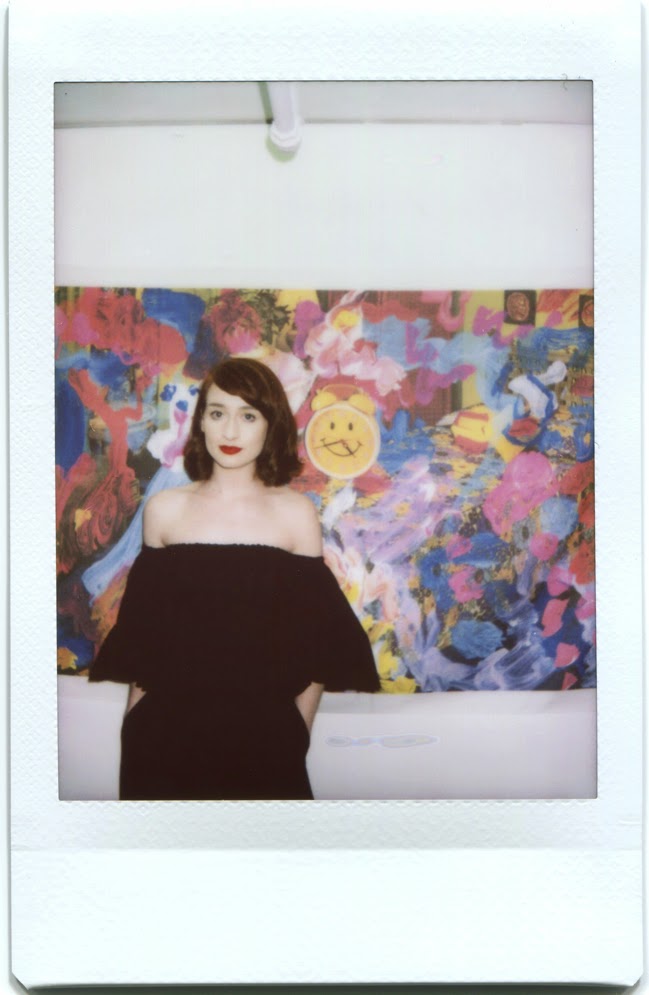 When I got home on Saturday night after my opening, the elated phrase "I DID IT" was circling round and round in my head. "I DID IT" I exclaimed in disbelief. I DID IT. Before I did it, for the first time in my life, I was having serious doubts about being able to complete something to the best of my ability. After participating in the two art fairs, I was destroyed. After they were over, I had so little time, so little energy and so little lust to produce a new body of work. I managed somehow to reach over those feelings to a reservoir of energy and passion that had always been there but I'd never had reason to access before. I got on with it.

The result is my exhibition at Daine Singer 'Long time no see' - showing new paintings, fabric prints, and a little collage that I snuck in there. I wouldn't say this flippantly - but I am really pleased with it. For the first time I feel as though I have made a cohesive body of work - individual pieces that work together and bounce off each other but also stand on their own. Making this exhibition in a matter of weeks was a fantastic learning experience. I pushed myself to the limit and survived. It's like that thing when you are exercising or whatever and you push on from that point where you think it impossible to go any further. That's when you break records, set personal bests - or even make your best work.

My favourite piece in the exhibition (I think!) is this painting 'Sweetheart, stay well'. It doesn't actually photograph that well, it's less washed out in real life and more vibrant - but you get the idea. 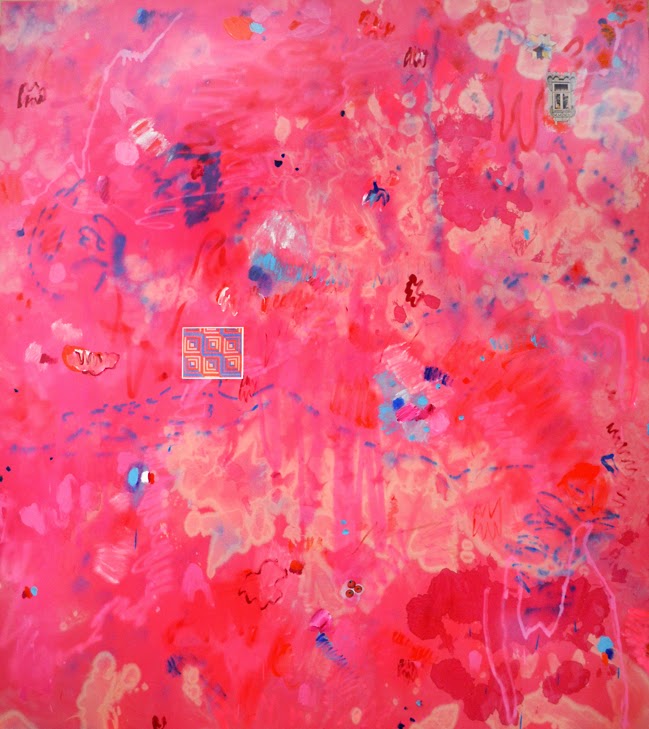 There's also this work 'Worried Sick' which has been painted on found fabric. 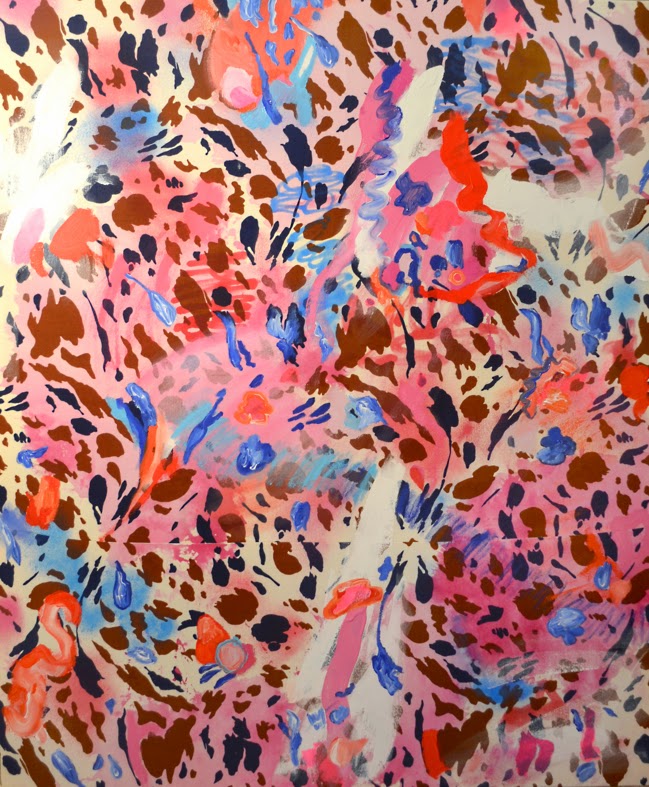 And this collage titled 'Long time no see': 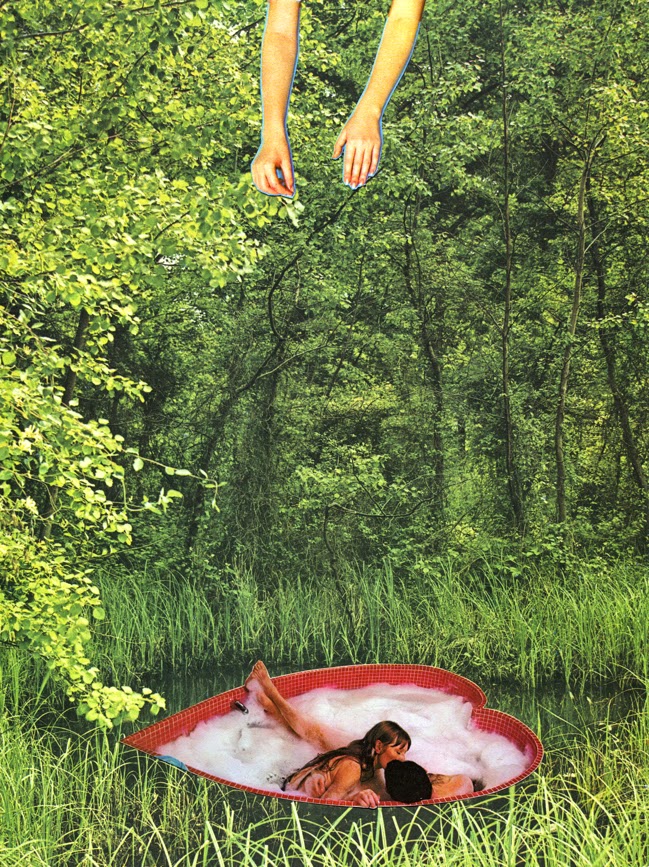 The opening on Saturday afternoon was fun and pretty low maintenance. Family, friends and well wishers were there, and it seemed I knew most people - unlike the overwhelming nature of the art fairs where I was meeting someone new every few minutes. I think this is why I felt relatively calm. I changed my outfit plans so many times for this exhibition opening. It's rare that I change what I've planned to wear at all. I settled on an all black ensemble (except for red shoes) which was really odd for me. It just felt right, I felt like receding a bit and letting the work stand and do some of my talking, letting them have the full presence, cause I was exhausted.

Here are some photos! (Can't be bothered captioning them all - most are with my family though haha) 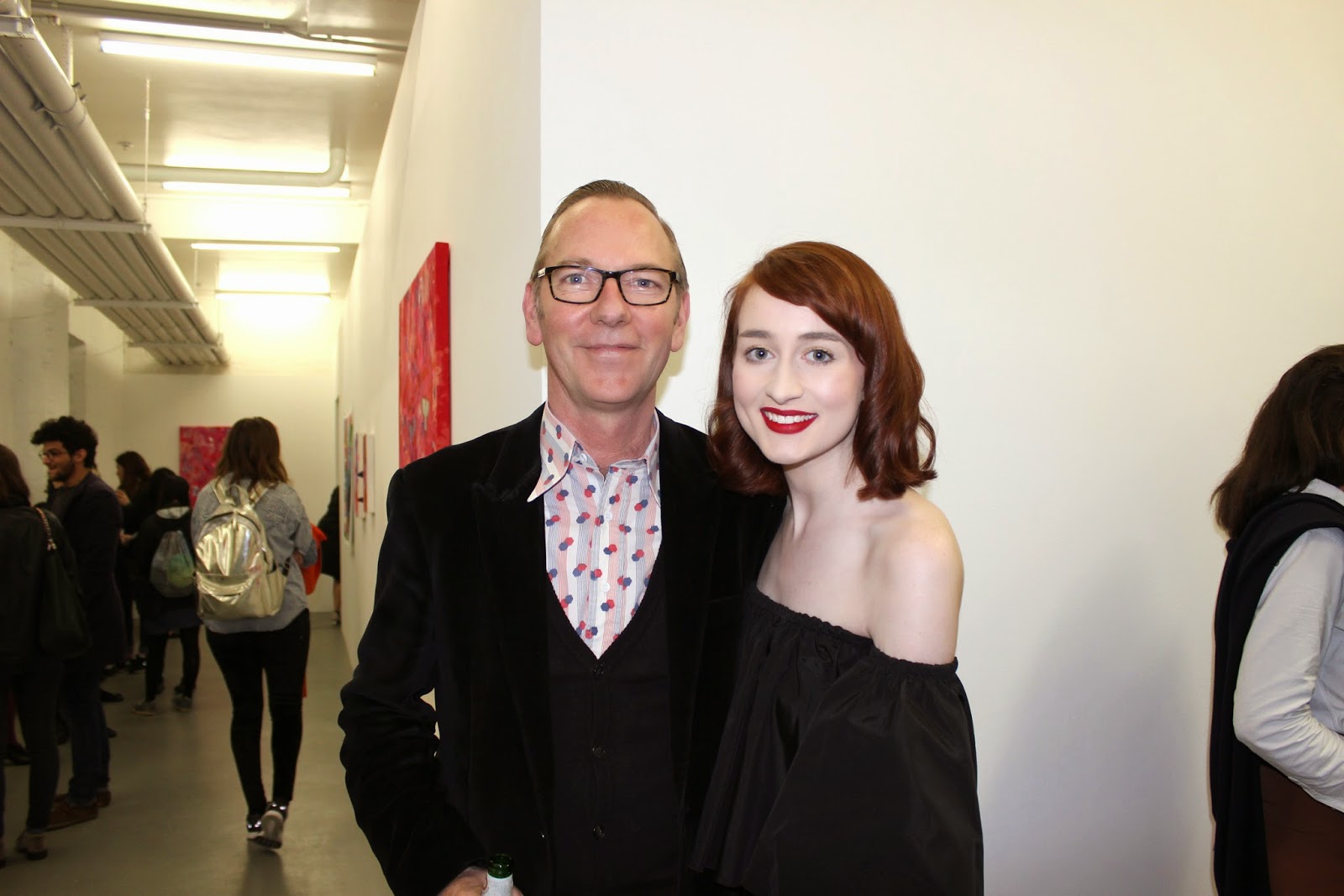 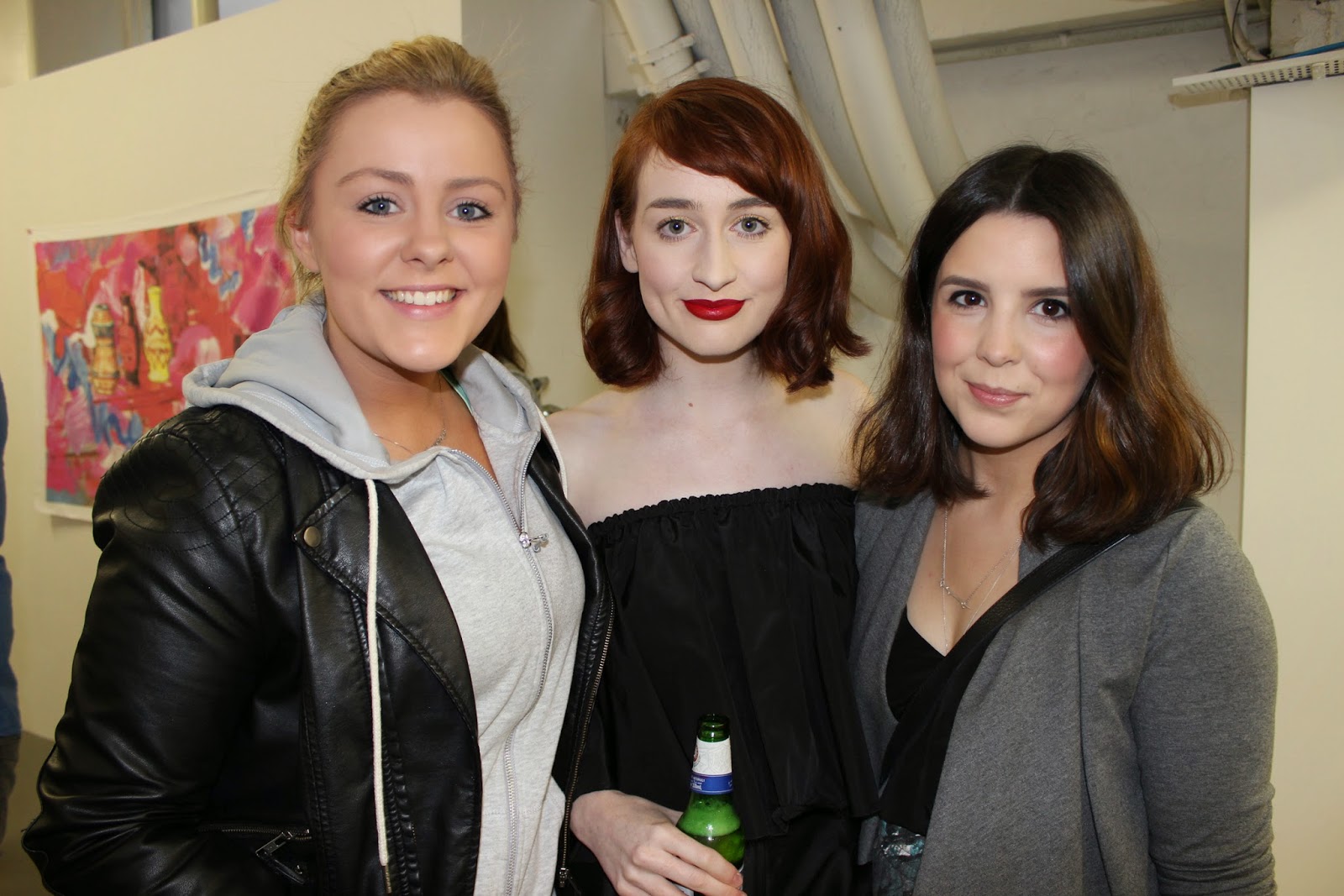 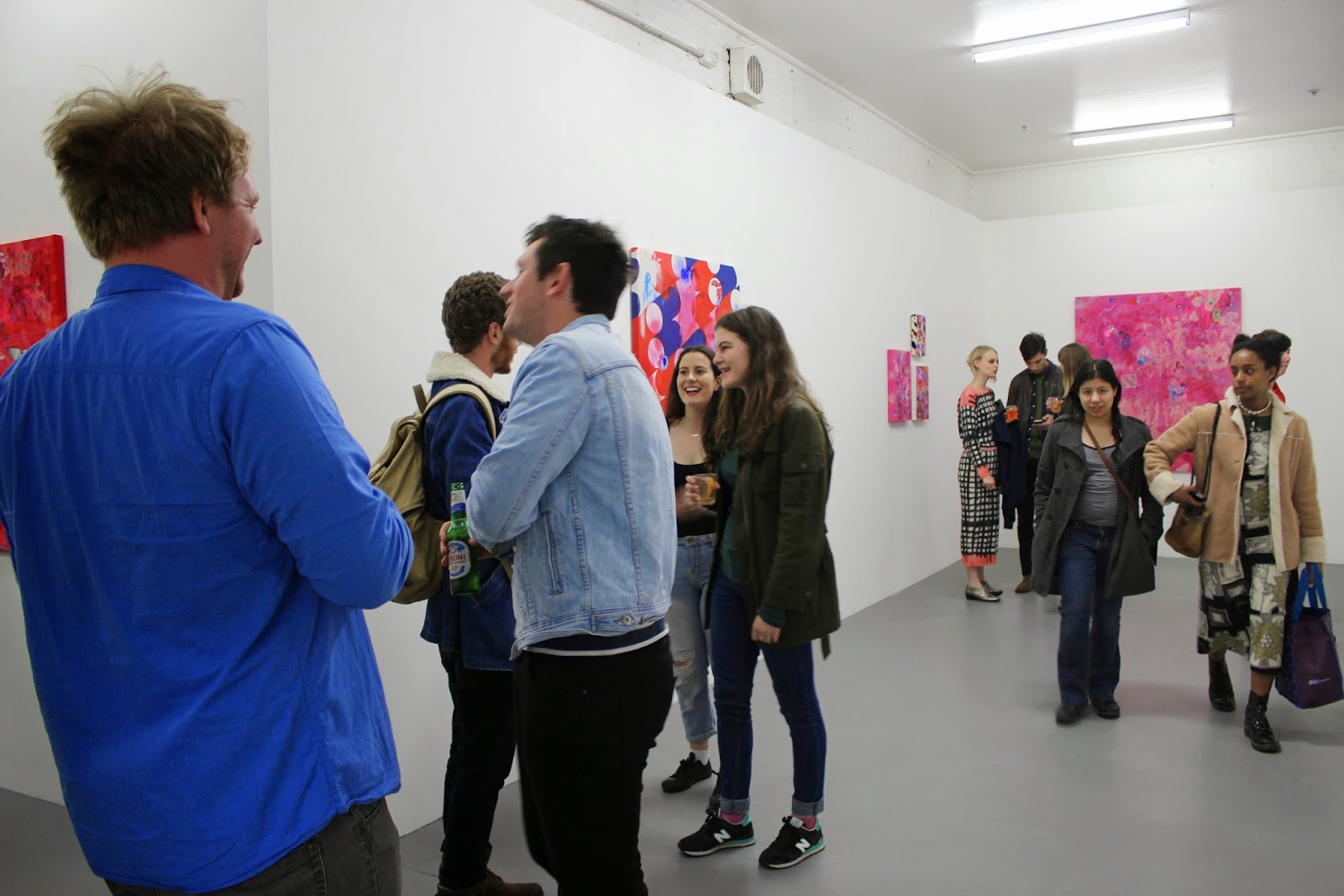 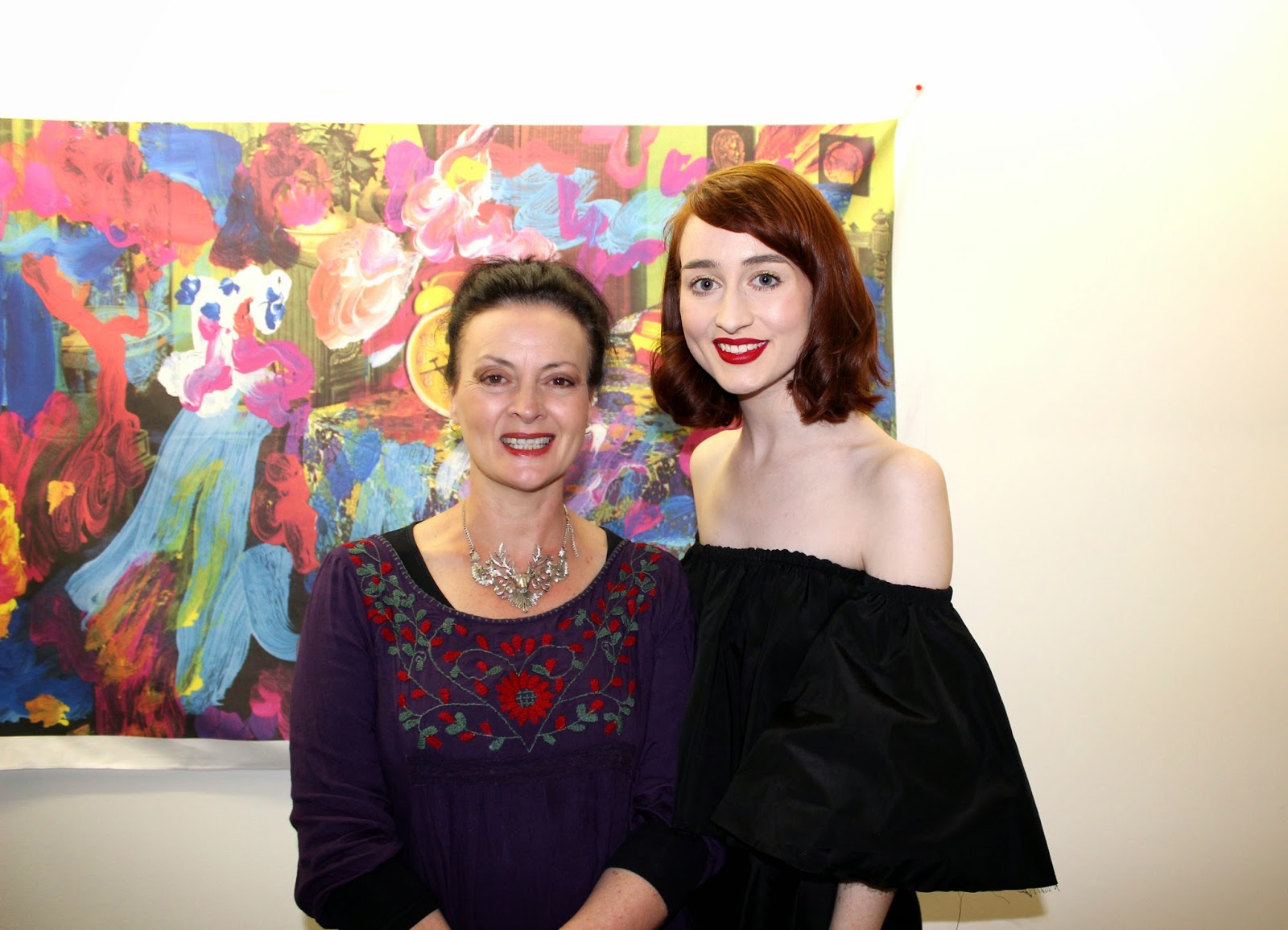 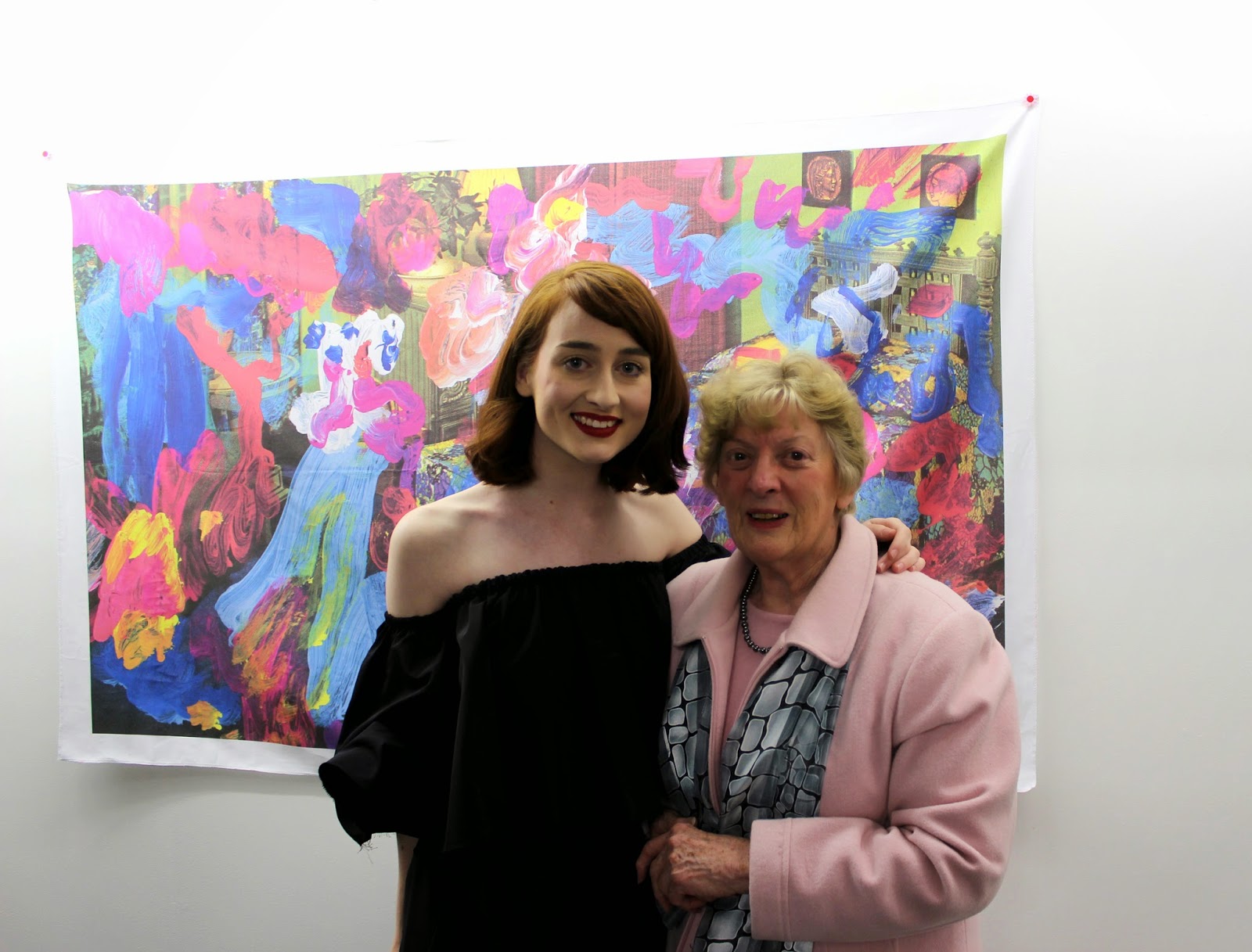 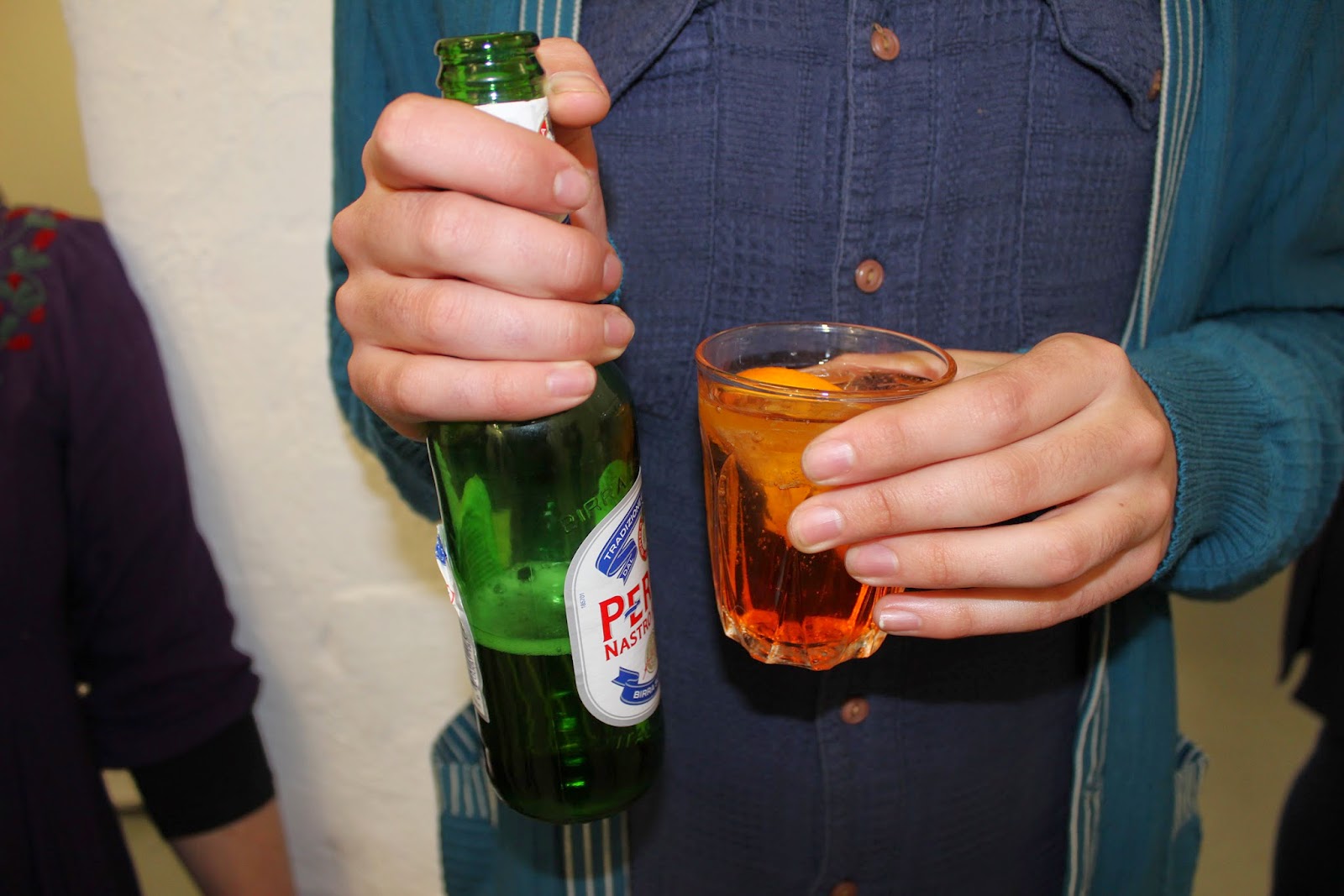 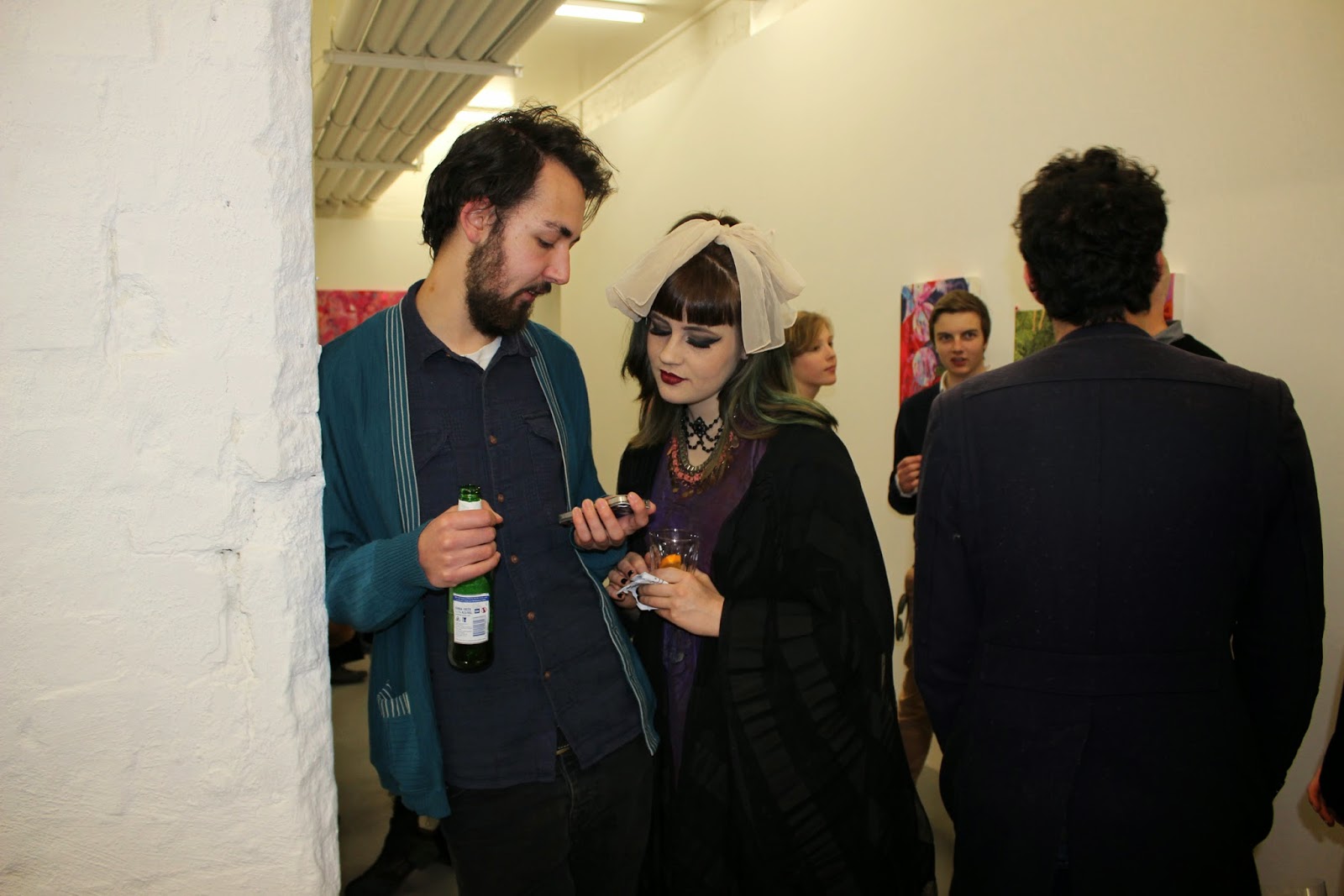 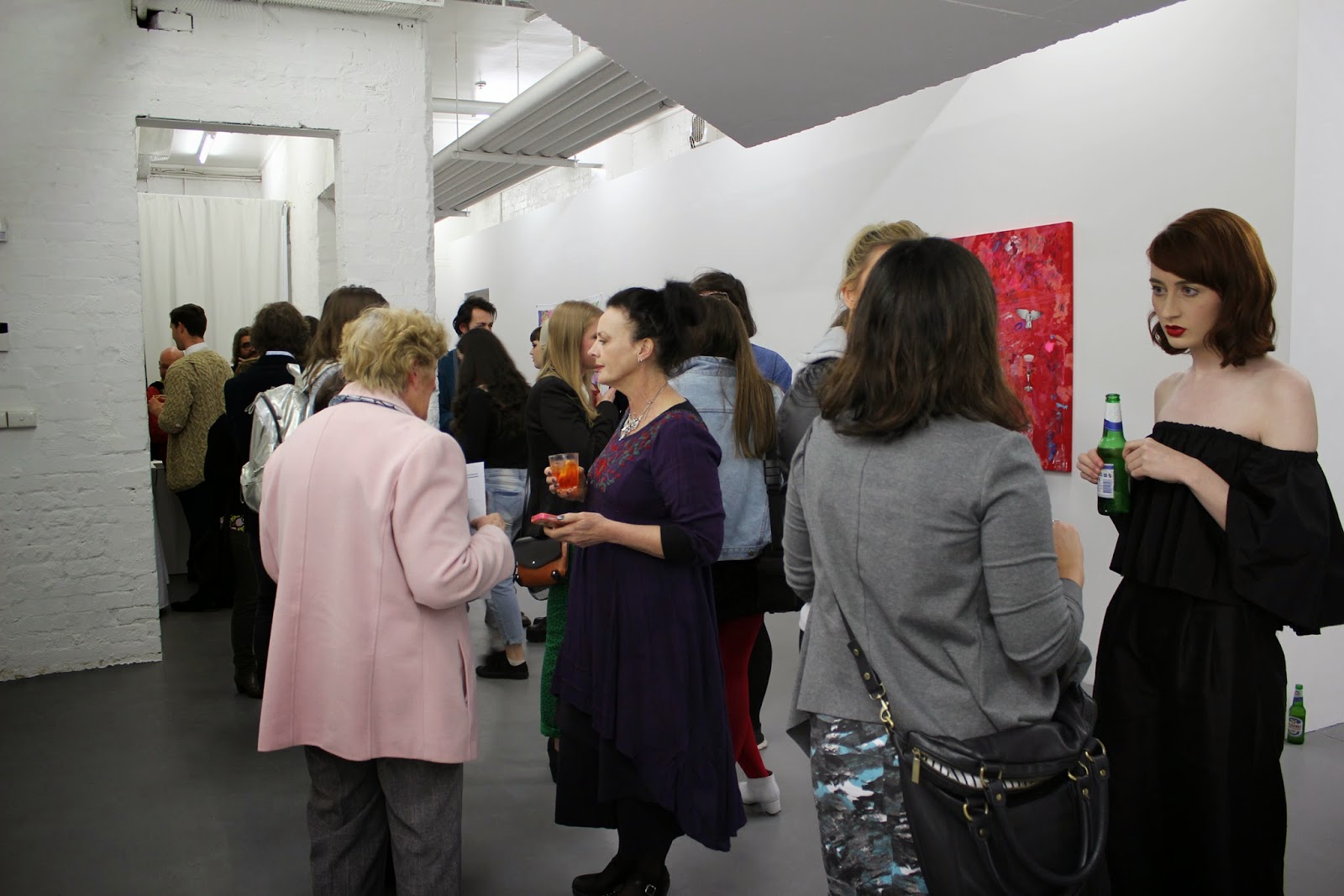 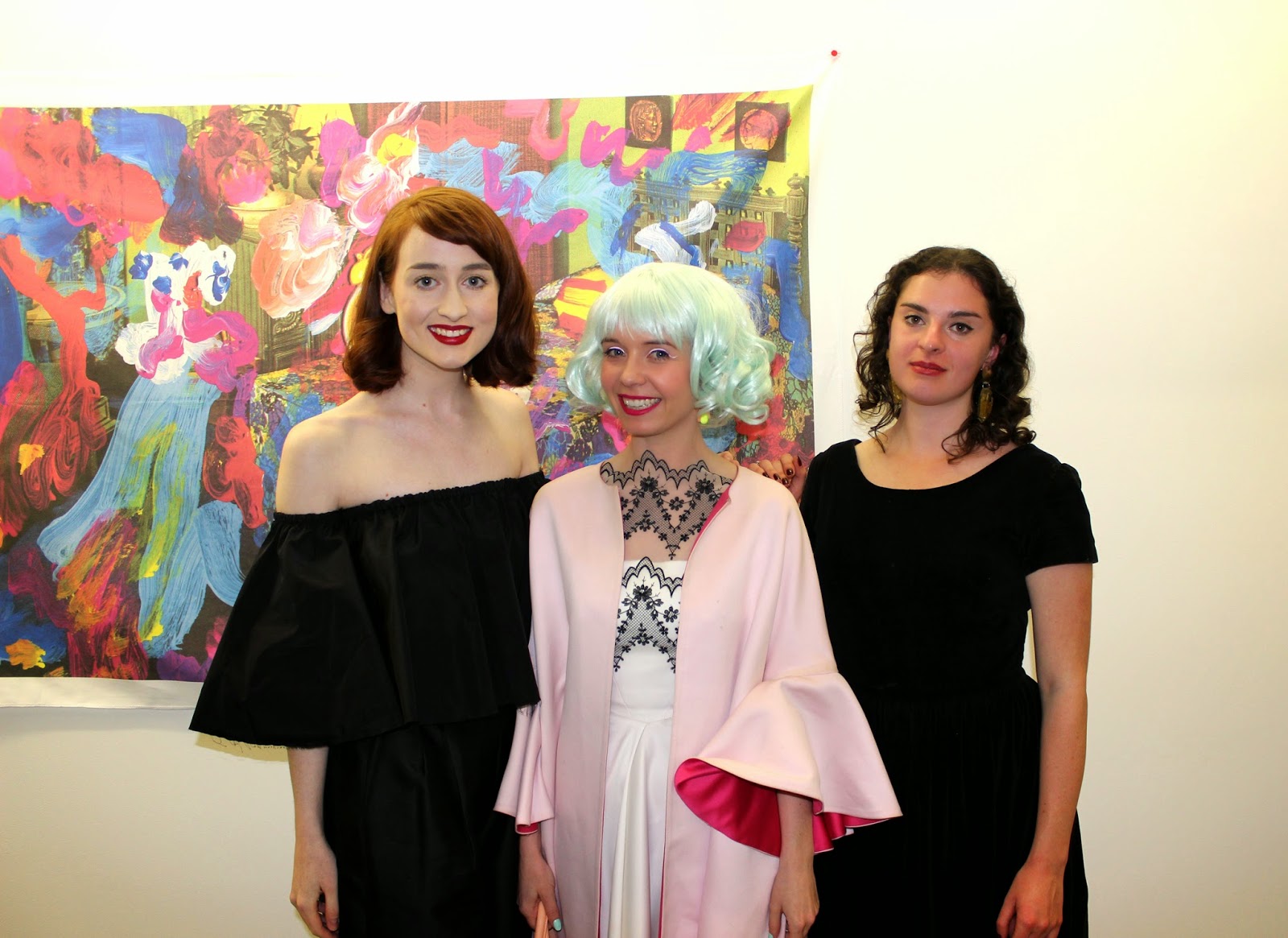 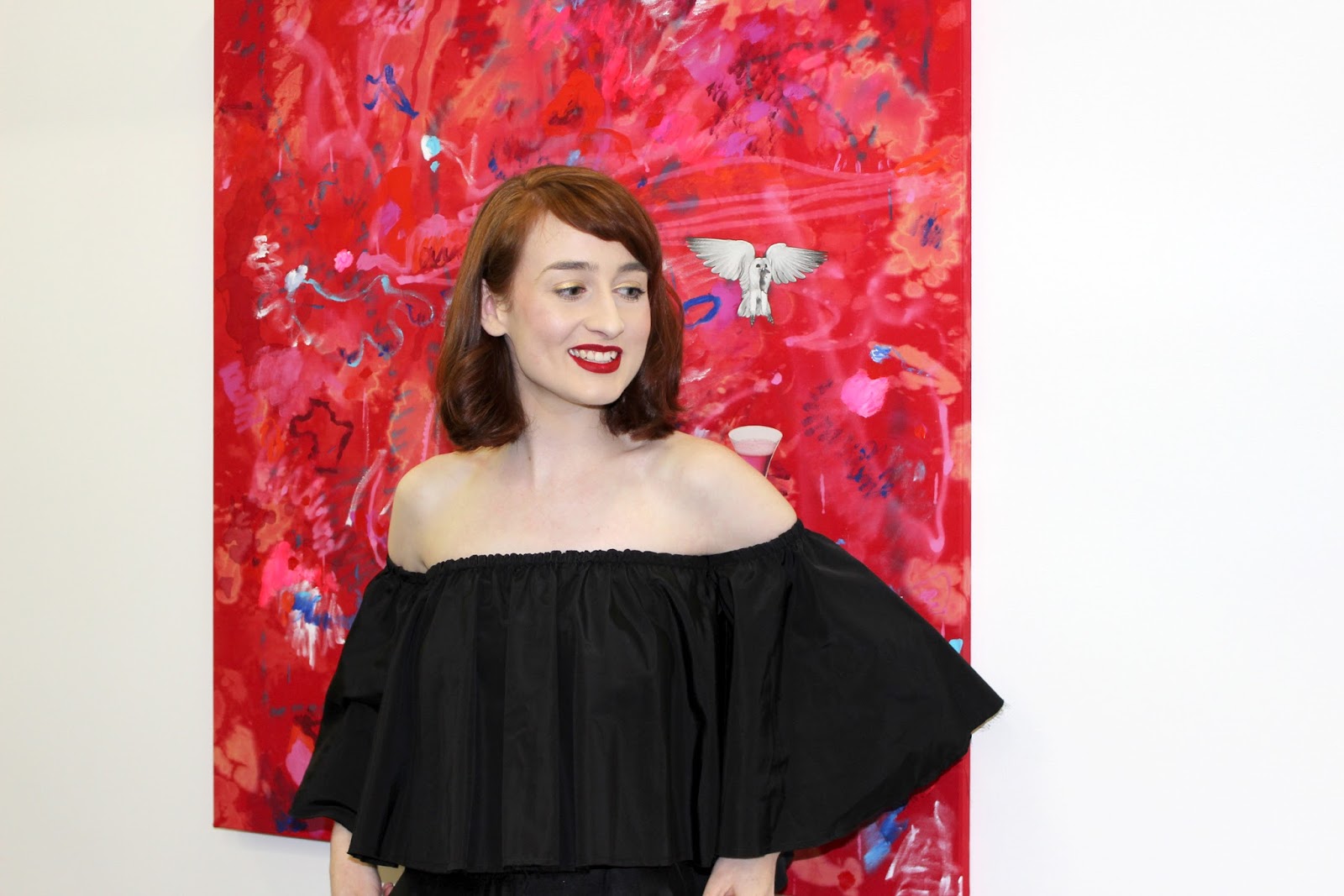 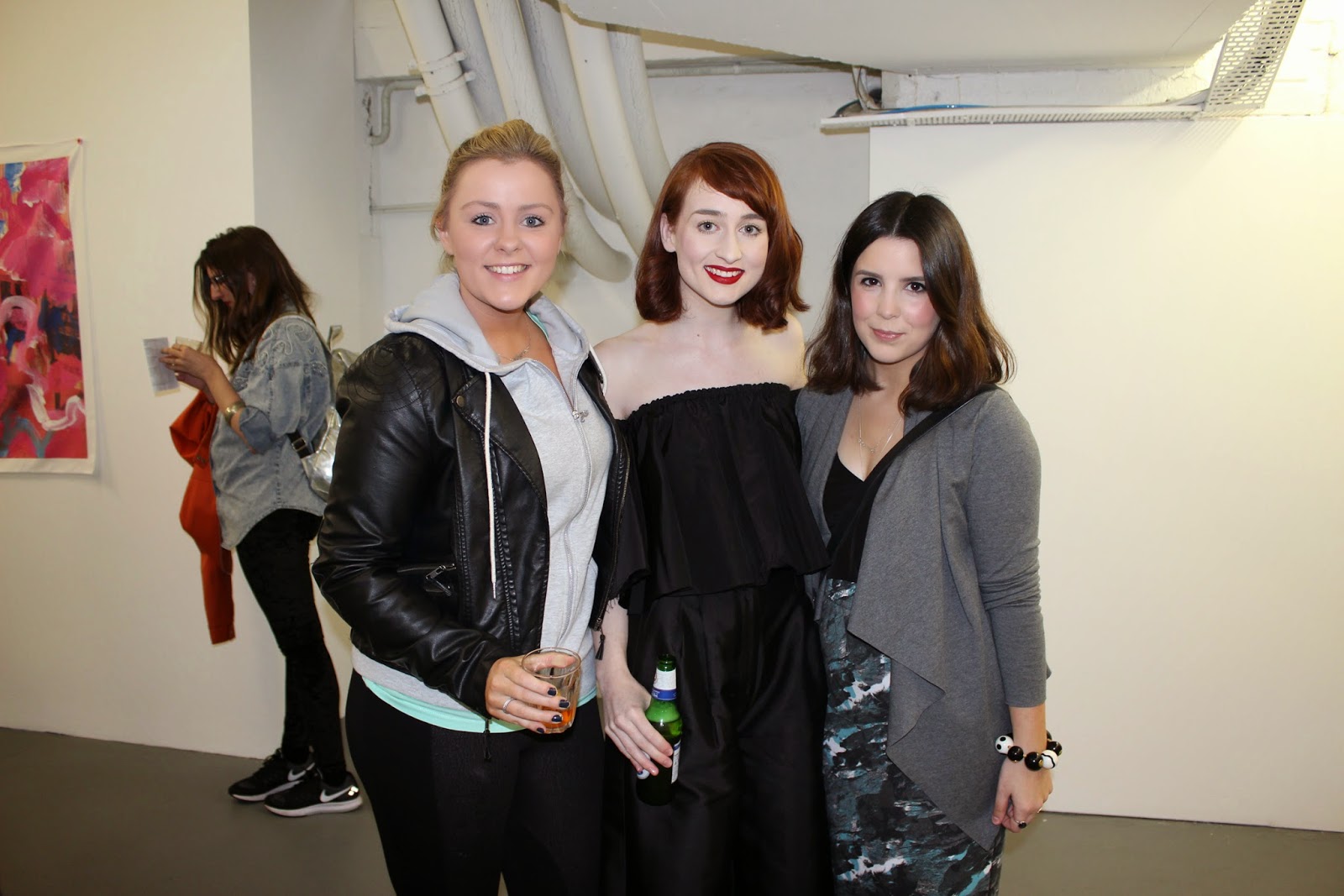 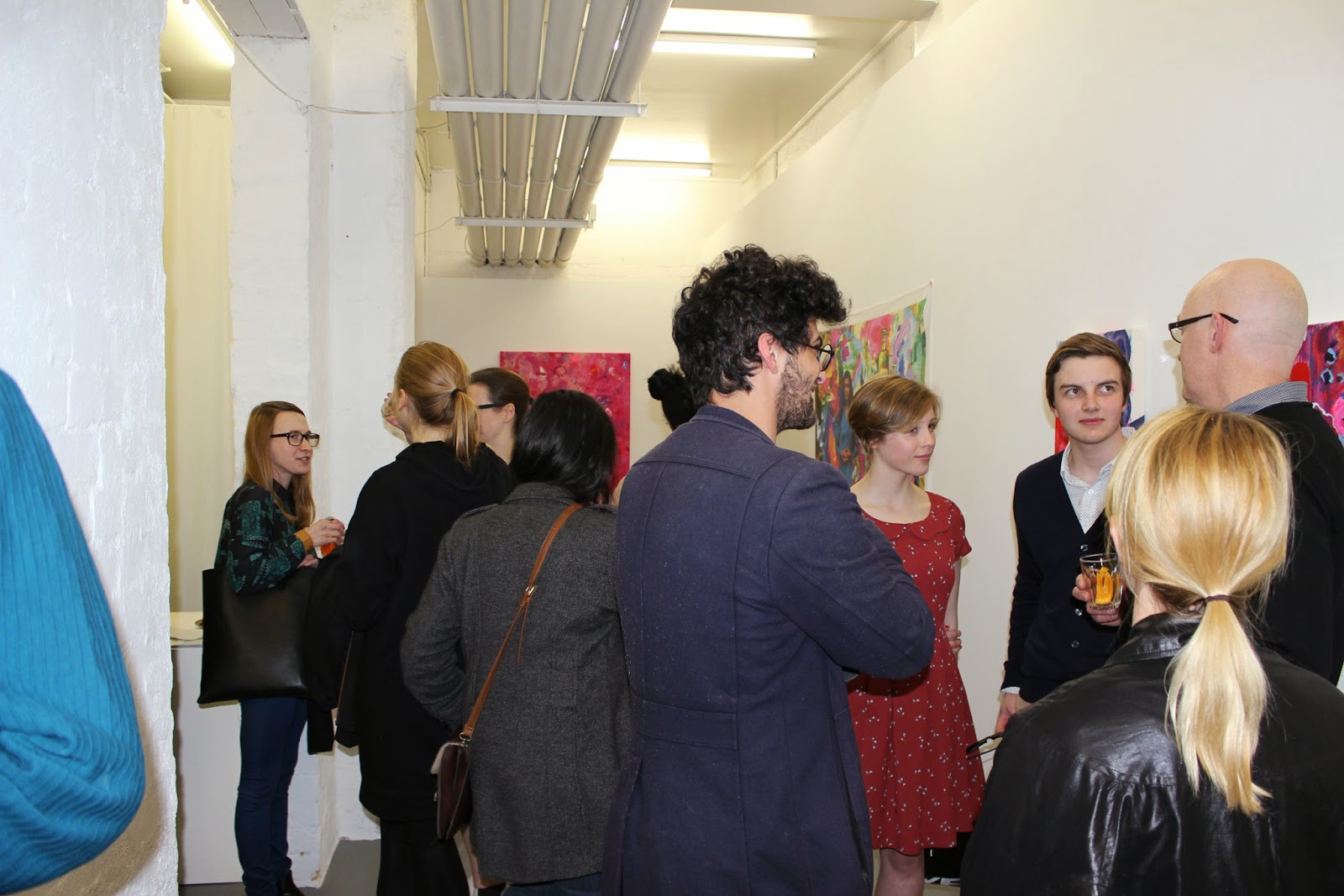 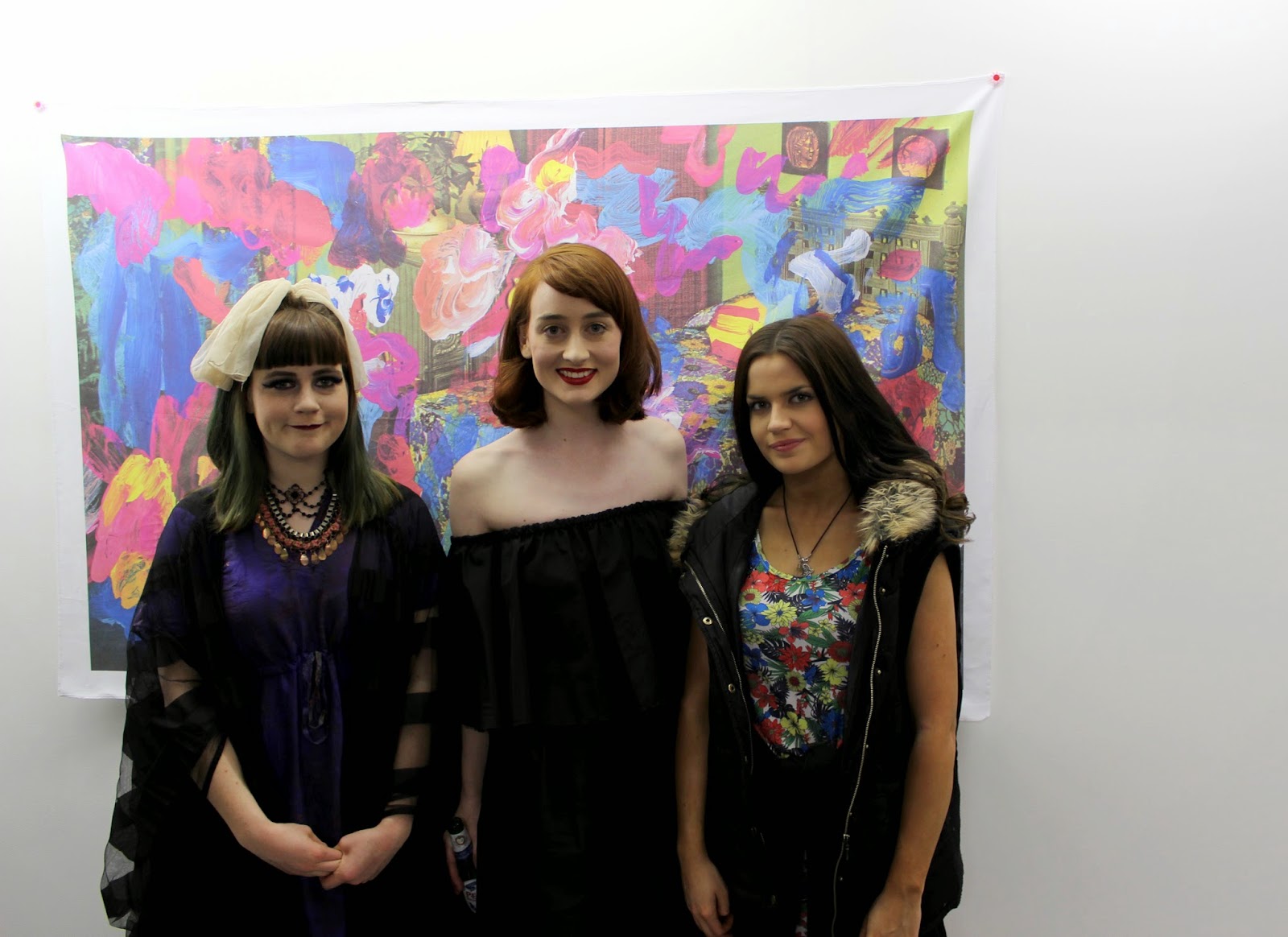 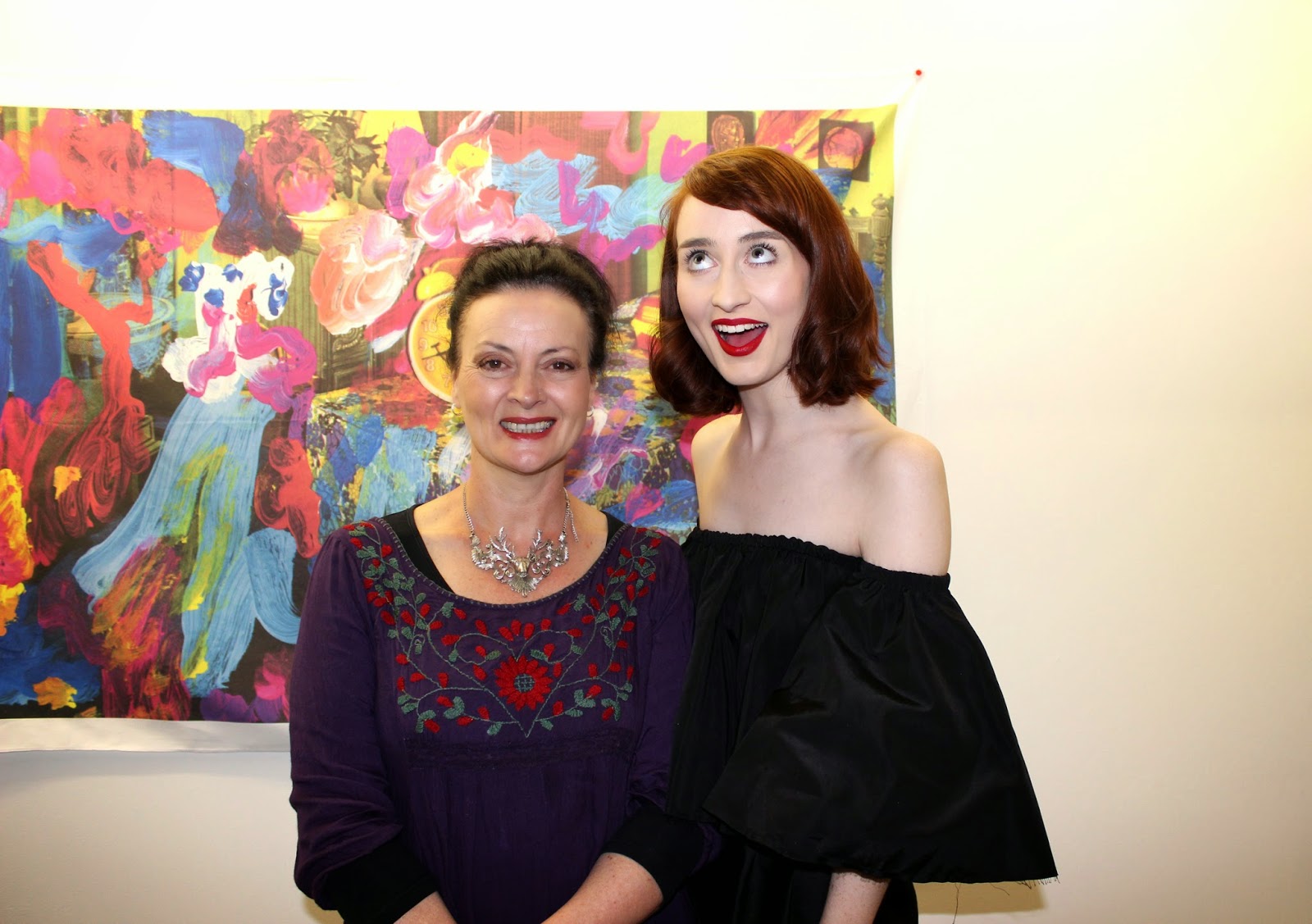 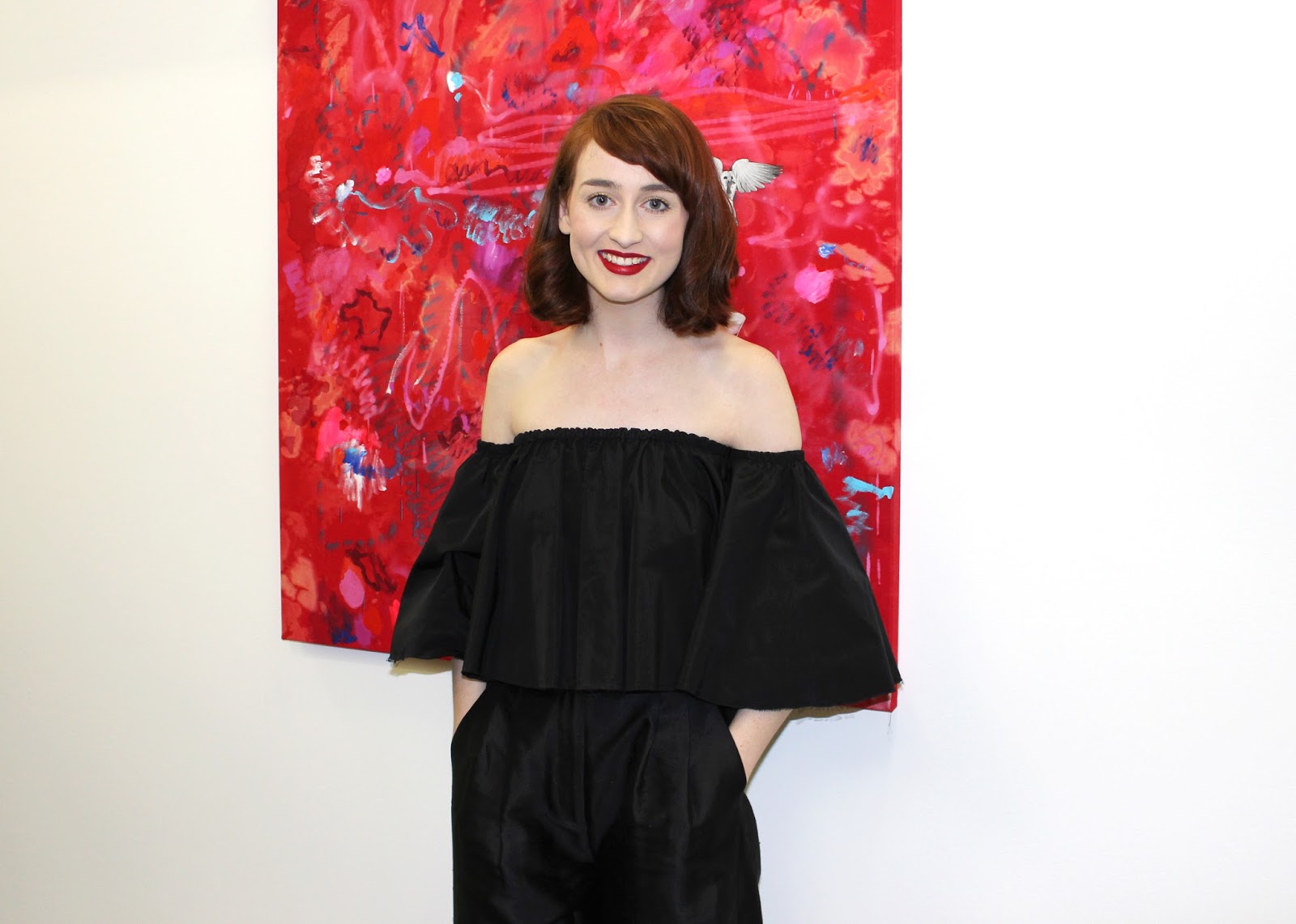 There are some more pictures here taken by the Melbourne Arts Club, and The Thousands also took some photos but they aren't up yet.

I met some fantastic girls who were kind enough to come to the opening - two of which gave me GIFTS. It was one of those moments where it was like "If I never do anything ever worthwhile again it doesn't matter because this has happened - I've made some sort of impact upon these people which is the absolute ultimate privilege". They wrote me the sweetest notes and gave me love heart candy and glitter and pictures and a badge and it was so awesome. My heart literally melted into a thousand rainbows of happiness. 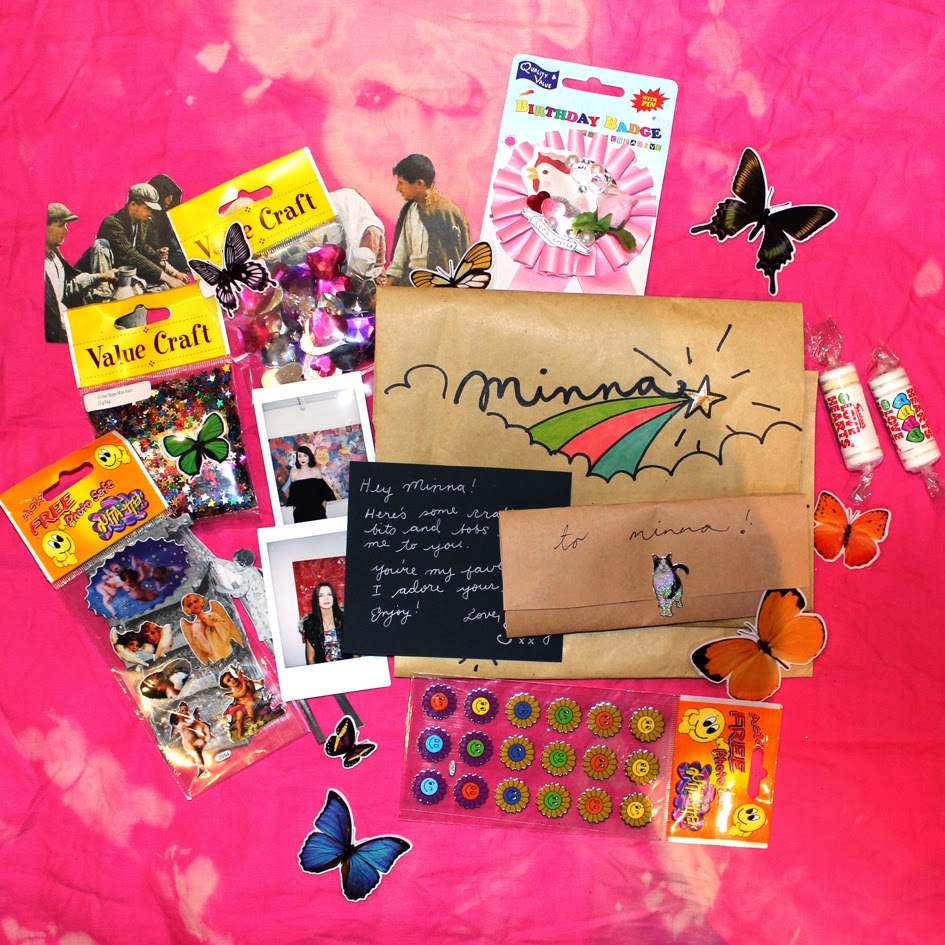 All in all, it was a complete success. I feel relieved, I feel a bit like a weight has been lifted off my chest making it easier to breathe... I am proud of myself. I am so ready to tackle whatever comes my way next. This post was also going to encompass my trip to the MELBOURNE SHOW yesterday (Yes I am 23 years old...) however I think it will be better as a separate post. Thanks for being so supportive and tolerant of my constant plugging of exhibitions over the past couple of months. I appreciate it immensely. I wrote an elated oxygen deprived Instagram post when I got home on Saturday night, and I simply said "I have the best family and friends a gal could ask for" and I should have added the overused yet apt line "I couldn't have done it without them".