Let me down easy

I have been crazy busy lately, crazy busy with activities and work, and crazy busy in my head. I wake up at, on average, 5am every morning, buzzing. I don't feel rested or that any time has passed since my head lay on my pillow the night before. My Dad is very insistent that I start doing 1/2 an hour of meditation a day, and he is right. I do need to start committing to that. I speak and think at a million miles an hour. In the meantime I employ a strategy I've only recently come to identify. I imagine a vessel in my mind, usually a bowl of some description. Then I imagine all the things I'm thinking about, and put them in the bowl. I then imagine the bowl flying at a speed out of my head. It actually kind of works in clearing your mind. I put people in there, anxieties, commitments, deadlines, anything that's keeping that mind buzz going.

The mind buzz I have been burdened with lately isn't a particularly bad mind buzz. It's an exciting one, albeit disruptive. Really different and crazy opportunities are presenting themselves to me, seemingly all at once, and I suppose I am trying to come to terms with where I'm sitting amongst them all. My Mum said to me this morning "make hay when the sun shines" and I know that's what I have to do, not literally of course. It's funny how just a few weeks ago when all was rather quiet on the western front, I was writing about how this year would be calmer than the previous, more under control, but... that's the nature of the beast, and, with beasts, whether they be the weather or other things out of your control, it's better to work with them rather than against them. I knew that work would come in ebbs and flows but I didn't know those ebbs and flows came and went so quickly, I guess.

On Monday I had what has the potential to be seen in the future as one of the defining meetings of my life. (Yeah, I go to meetings now. Defining ones) I walked into a big, commercial office complex in Richmond, lost and looking uncharacteristically young and naive. I felt it too, it was one of the few times when my usually not too bad self confidence was actually a little shaken, and I remember specifically thinking as I approached a receptionist with her headset on "I'm really out of my depth here". She looked at me like I was too, like maybe I was lost or making up my appointment.

I am a believer that things do happen at the right time and for the right reasons. I keep telling myself - if it doesn't work out this time, there will be other opportunities. It's so hard not to get my heart set on this mysterious project that I discussed at this secret meeting, because it's a wildest dream kind of project and my heart was already set on my wildest dreams from the moment I was born, anyway. I hate dancing around stuff on here, but sometimes there are things that in stages of conception you have to keep quiet, incase they don't work out, so you save some face, or, whatever the equivalent is on the internet - internet face? Anyway I discussed the meeting after with my Dad because his office was conveniently just down the road and I deleriously said: "this is the biggest thing to ever happen to me" and he laughed. So did I.

More career milestones, I went to my first "conference" on Tuesday for my job at Art Guide. After struggling to find the room that every other person seemed to know the number of, I was late and had to sit right up the front. I got the same look that I did from the receptionist the day before like I was in the wrong place, I had my backpack and messy hair and heels thicker than and lower than an inch. No-one was particularly friendly towards me, at all, and they were all at least 10 years older than me. I slunk down in my chair and started doodling on our supplied notepads like in High School and it really truly was one of those weird mentally traveling back in time moments.

I ate the supplied 'coorporate' lunch by myself behind a fake fern. It was really interesting to participate in something like that because I've never done it before, but it wasn't the best day of my life or anything. The whole building felt super empty, like no human emotion or circumstance had ever been soaked up into its walls. It was eerie in that respect.

Tomorrow I have the day off work because I'm meeting a curator at my studio with my gallerist Daine Singer. I don't think I'm nervous? I do know that I have to get there at least 3 hours early to clean everything and make it look presentable, especially focusing on the old sushi I've left on my desk for two weeks that seems to have formed its own ecosystem with fruit flies and moisture and mould. I have a bit on on the weekend too but when I get really busy all I want to do is crawl up by myself and think about life and write blog posts like this one. It's hard for me to give time to other people when I can't even give time to myself. I dunno, that's something I think i'll always struggle with. Introvert lyf. 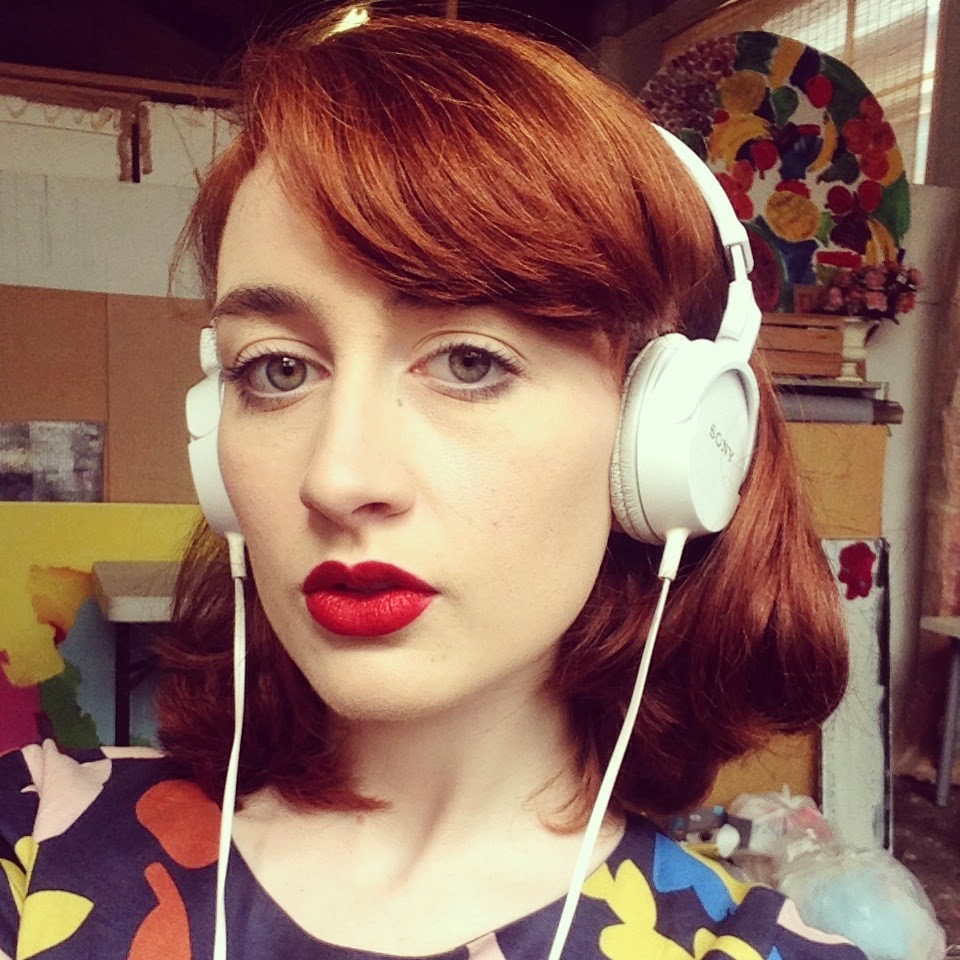 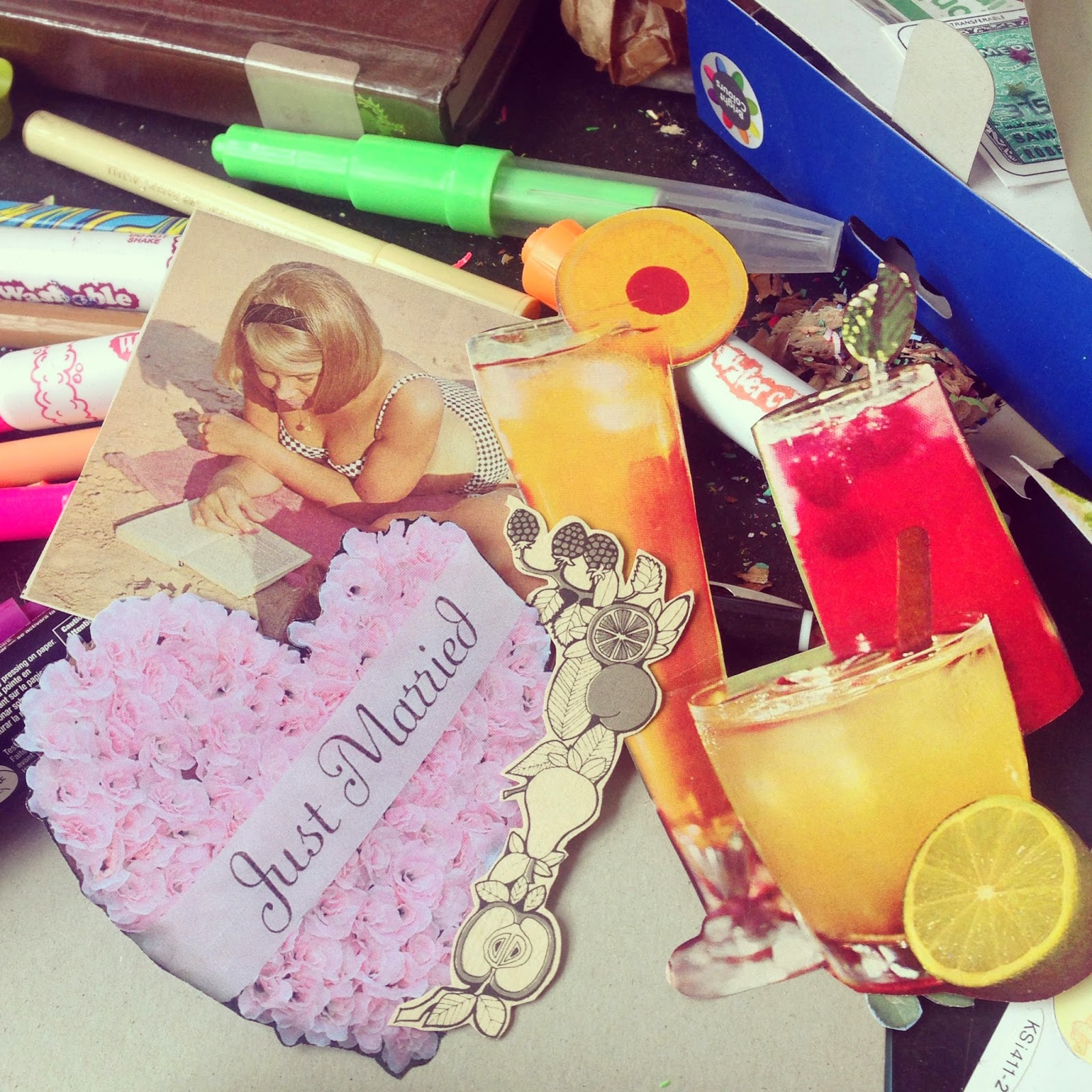