Okay so I pretttty much did nothing today. I was excited though because I knew that today a post about me and my work was going live on The Design Files blog! I woke up early to read it, yay :) It's been shared to death by me already throughout the day, but hey - here it is again incase you somehow missed it: http://thedesignfiles.net/2014/03/new-kids-on-the-blog-minna-gilligan/ The article is written by none other than Lisa Marie Corso, who has been nothing but positive and enthusiastic about my work and career. She's brilliant.

A thank you also to everyone on social media and in real life who has been excited and enthusiastic and congratulatory. It really, really means a lot to me! Below are a couple of pictures from the shoot in my studio, by Eve Wilson. It was funny because my studio is so small and I share with two friends of mine, so Eve did a lot of climbing and negotiating of space and still managed to take these great shots, wahoo! 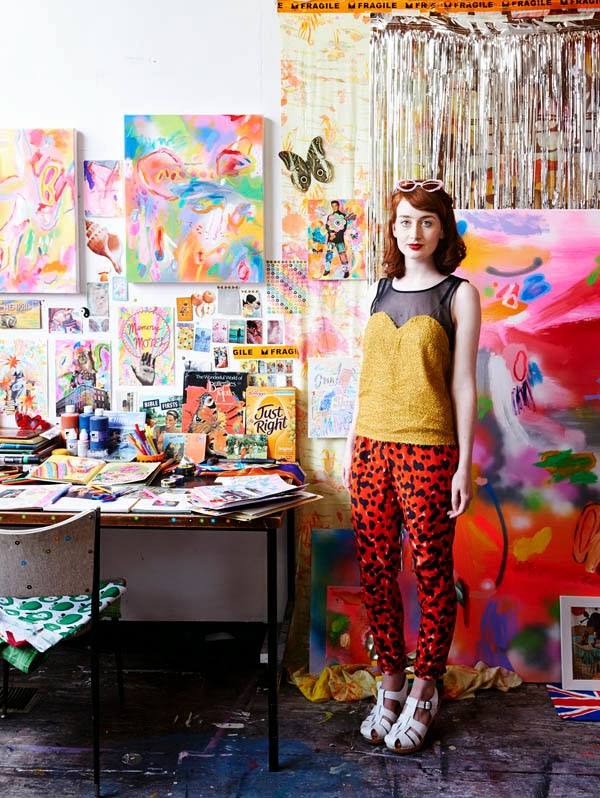 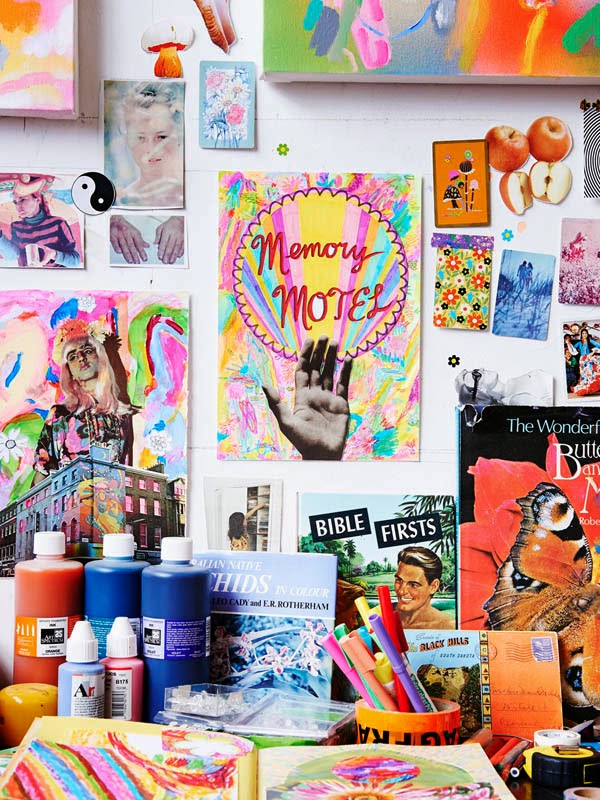 So yeah, apart from freak out (in a good way) about being on The Design Files, I really didn't do a lot. My Mum and I took our dog Soda to the vet to have some stitches out and then we went to the local shopping centre for some wandering which I always enjoy because it's kind of boring and nothing, and usually there's nothing I want to buy at a shopping centre so I don't spend any money. I actually bought a toy for Soda and that's it. I literally keep telling you I'm not cool! I replied to some emails that were long overdue, watched a couple of episodes of The Simpsons, freaked out (again, in a good way) when the postman arrived with the Miu Miu leather jacket that I won in an auction on Ebay and I was dying to get. Here is a photo of it: 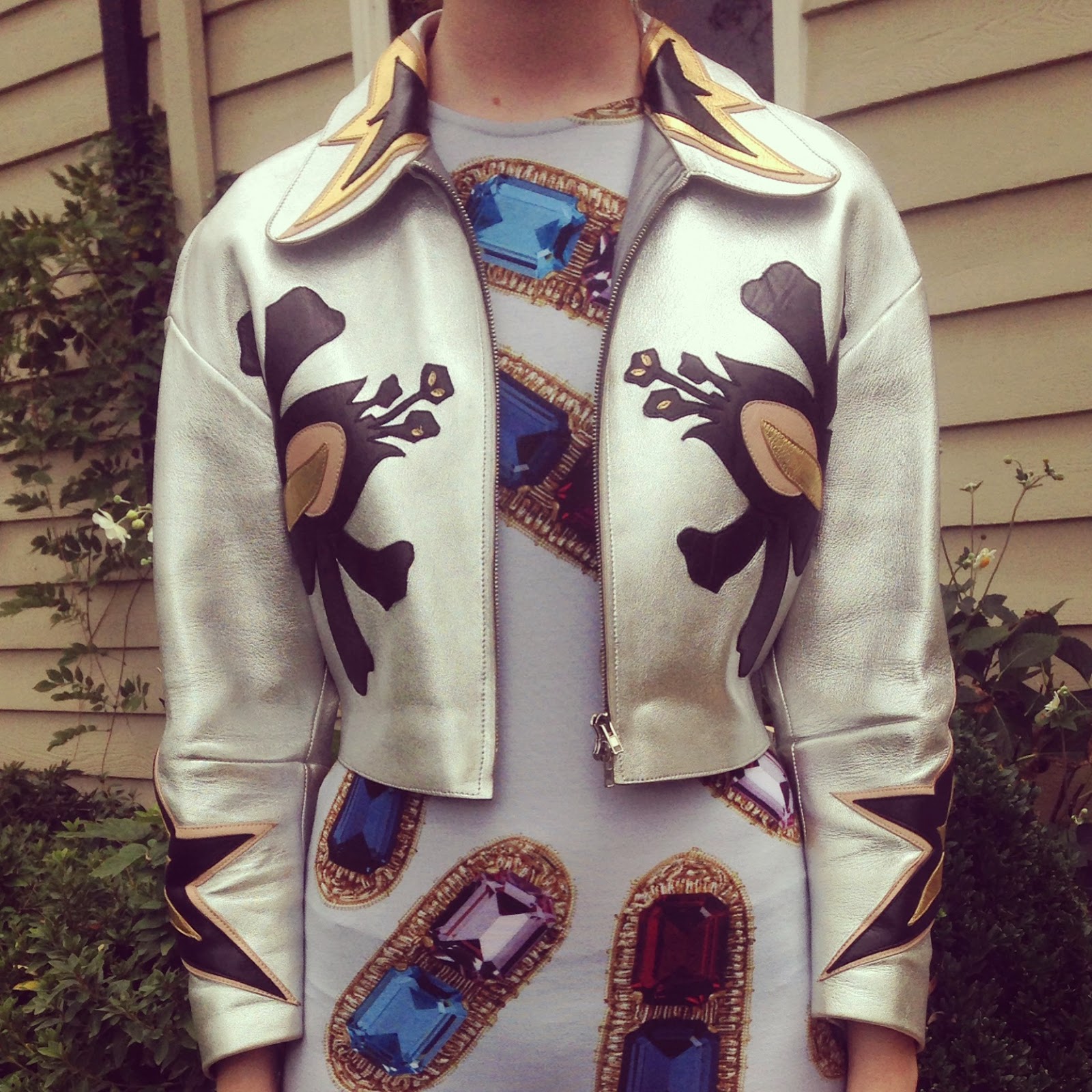 and this is the back: 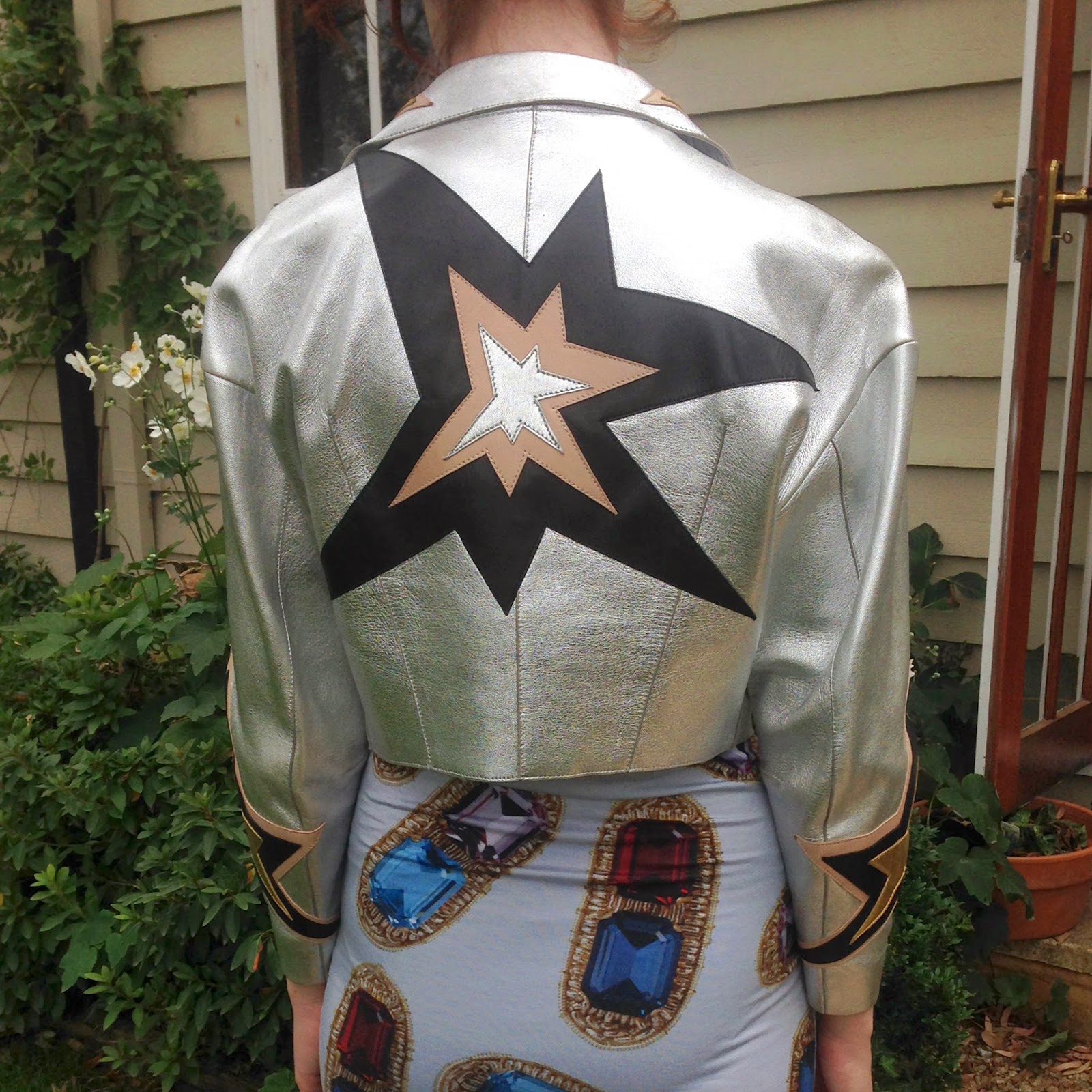 I keep looking at it hanging up on the hanger and I like die thinking that I own it. The only thing is like I don't do anything that would really warrant wearing this jacket but I suppose I don't mind being overdressed sometimes...

Tonight I hung out with my friends from high school, Bree and Therese. They are so funny and I love hearing about their lives when we catch up. I ask them so many questions that they can't even finish their meals because they're talking so much. We have a tradition where we always go to the same burger place and eat burgers and then we eat Kinder Surprises. It's someone's job each time to bring a pack of three Kinder Surprises, one for each of us. It's so fun and sounds silly and it is but I love it.

This post is in stark contrast to the previous one - and I am feeling a lot more positive today, but still have that little pang inside. I know I can defeat that pang if I focus on work and the beautiful friends I have and face the things I don't necessarily want to do but know I have to do because it will be easier in the long run if I do. So specific.. ha. Tomorrow I plan on spending some time in the studio finishing a piece for Rookie. I am looking forward to that. Little things I'm tellin' ya. Thanks for reading, new readers and old. X Minna