Come walk with me

Above are pictures from the past few days. I mentioned that I am doing an art trade with Alice Oehr and I finished making the work today. This is it! Excited to give it to her tomorrow. 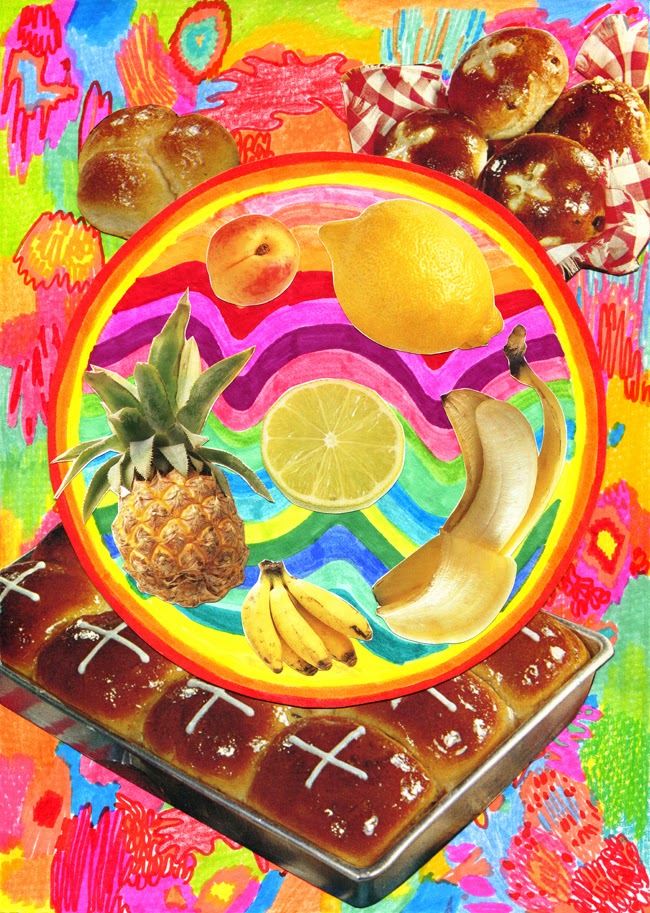 I've stayed up late the past two nights. On Friday night was my sister's 18th birthday party. It bought back all sorts of memories about parties I attended in my teens, it was also refreshing to know that they played pretty much the same kinds of music they did when I was attending 18th parties, so I'm not as totally out of touch as I thought I was. I hid away in front of my laptop as the night went on, and was mouthing the words to 50 cent and Outkast songs alone and snapchatting my friends stupid things. I was also thinking about how weird it is that my little sister is 18, like just another one of those where the hell did the time go moments really.

Saturday night I went to my friend's house with some other friends for dinner. We had plans to go to White Night later, which is like an annual festival in Melbourne, after I um'd and ah'd all week about whether I thought it was *cool* or not or whether I thought *cool people* were going and if I should go or not. Last minute I decided to because as you know I'm on my new *being more open/social* rampage so at least I fulfilled that criteria. Anyway so after dinner and a couple of beers we went into the city and I suddenly remembered why I left White Night so early last year. It was just impossible to go or do anything because of the amount of people. Walking was reduced to a shuffle at the best of times and it was pretty much hideous in my opinion. Last year for White Night, the band I'm in Pamela was performing at the NGV, and that was really good, and we performed early, so when it started to get really crowded I just went home. I had fun. This year was impossible! So I think we mulled around the city for like, an hour or so, and then decided to head home. Not an overly successful night, but successful in that dinner was lovely and I just made the wrong call on White Night. My friend Annabelle and I made a pact to definitely not go next year, like, no, a thousands times no!

Other things in between, I made a trip to Savers and bought some stuff, have been making a few drawings for illustration commissions and going to work. I'm not enjoying the weather, this time last year seemed as if summer would go on forever. Now it seems as though it's already over. I know we're going to get a few more warm days, but to be honest all I'm feeling is autumn and an impending winter. I didn't make the most of this summer, it wasn't the best summer for me, but the best thing about summer is that there will be another one, and often I prefer the anticipation of summer rather than the actuality of it. In an attempt for me to get more enthusiastic about cooler weather I'm trying to decide on like a *statement* coat to spend $$$ on, that I'll want to put on. I also want to get a woolen scarf, like one of those really long ones that you wrap round and round and round and your hair kind of tucks under it. I get really cold and every year I'm like THIS YEAR I'm going to be warm and have warm clothes. This year.

I feel like my posts have gotten super boring of late, because basically I just recap what I've been doing which is never usually anything remarkably exciting. I just haven't really felt like writing my usual rants about things such as the meaning of life etc which I guess for a period of time is fair enough, urges to do so will come back soon I'm sure. I'm living very simply at the moment, my life seems very under control. I go to work, I sleep, draw, paint, see friends, go home. Everything seems so much more tame this year, things seem more familiar. Last year I was always rushing around. This year I feel more grounded. I think that is a good thing, to an extent - I don't want to get too comfortable or in too much of a rut though. I want to experience new things but in controlled circumstances, if that makes sense. I don't want to be on a roller coaster with a fantastic view but be going to fast to look at the scenery. I want to be busy and doing/experiencing new things but have enough time to appreciate and reflect upon them/learn from them without getting bored before something different comes along. I want to connect more with people but still maintain my extended periods of time alone... balance is an extremely hard thing to stumble upon and my unfortunate frame of mind forever wanting both worlds makes it even harder! I'm not doing too bad at the moment though, so that's good.