It's very hot, and I'm doing two activities at the moment, one is listening to Eminem and the other is watching Willy Wonka and the Chocolate Factory (1971) on TV. They're slightly conflicting but seem to make sense right now. When I went to start writing this post, the lyric from Eminem's 'Lose Yourself' came to mind "Snap back to reality, oh, there goes gravity" and then I started reminiscing about the times when my friends and I would rap the whole song at parties progressively getting louder and jokingly aggressive, and I missed it, but then I thought about missing a time or a place and how it doesn't necessarily mean you actually want to travel back in time and live it all over again. Originally the lyric came to mind because today my exhibition at Tcb ended, which seems like a pretty basic connection, but it's like - time to check out of the metaphorical Memory Motel and get on with your life, I think the exhibition was paying tribute to a time of longing and nostalgia and fantasy that wouldn't be healthy to dwell upon any longer. The end of this exhibition is the end of a "CHAPTER" in my life heeeyyy!

I had a good week last week, work was productive and fun, and I also had some time off to sit the gallery space, which, looking back on, I actually enjoyed. I like being there and having your friends come in to hang around and chat, I had some great visitors including Jeremy who I hadn't seen in three months as he'd been overseas, and other friends who I don't usually get to chat that much too. I was productive on the computer, watched the amazing documentary on art collectors Dorothy and Herb Vogel, (WATCH IT) and various shows on hoarders. On Wednesday night I went to my friend Cheralyn's exhibition opening at c3 contemporary art space which is at the Abbotsford convent, and on Friday night I popped into an opening at Rearview and then met up with my friends and fellow Rookie contributors Brodie and Ruby for dinner at Rice Queen! It was truly lovely.

At Rearview I arrived by myself and on time, which is particularly uncool of me, and I felt really self conscious, but I went in, and spoke to people and then used the old "I have to meet some friends for dinner" which, for once, was TRUE, and I was proud of myself. But yeah, I am always on time and by myself at cool openings. Not cool. But then again I don't think I've ever truly been cool or ever truly will be. I think cool people are calm and collected people, and I am rarely calm. I'm usually flustered and fast talking and lacking in tact and waving my arms around either enthusiastically or enraged, OR, the total opposite, at a total loss for what to say and grinning like an idiot. It's a wild ride you guys.

But, enough about me! (ha yeah right) today I stayed inside all day because it was way too hot and to be honest I wasn't exactly productive. I have internet stuff to do but ended up drawing strange little phrases and stuffing around with photoshop. I made this, which I actually really like: 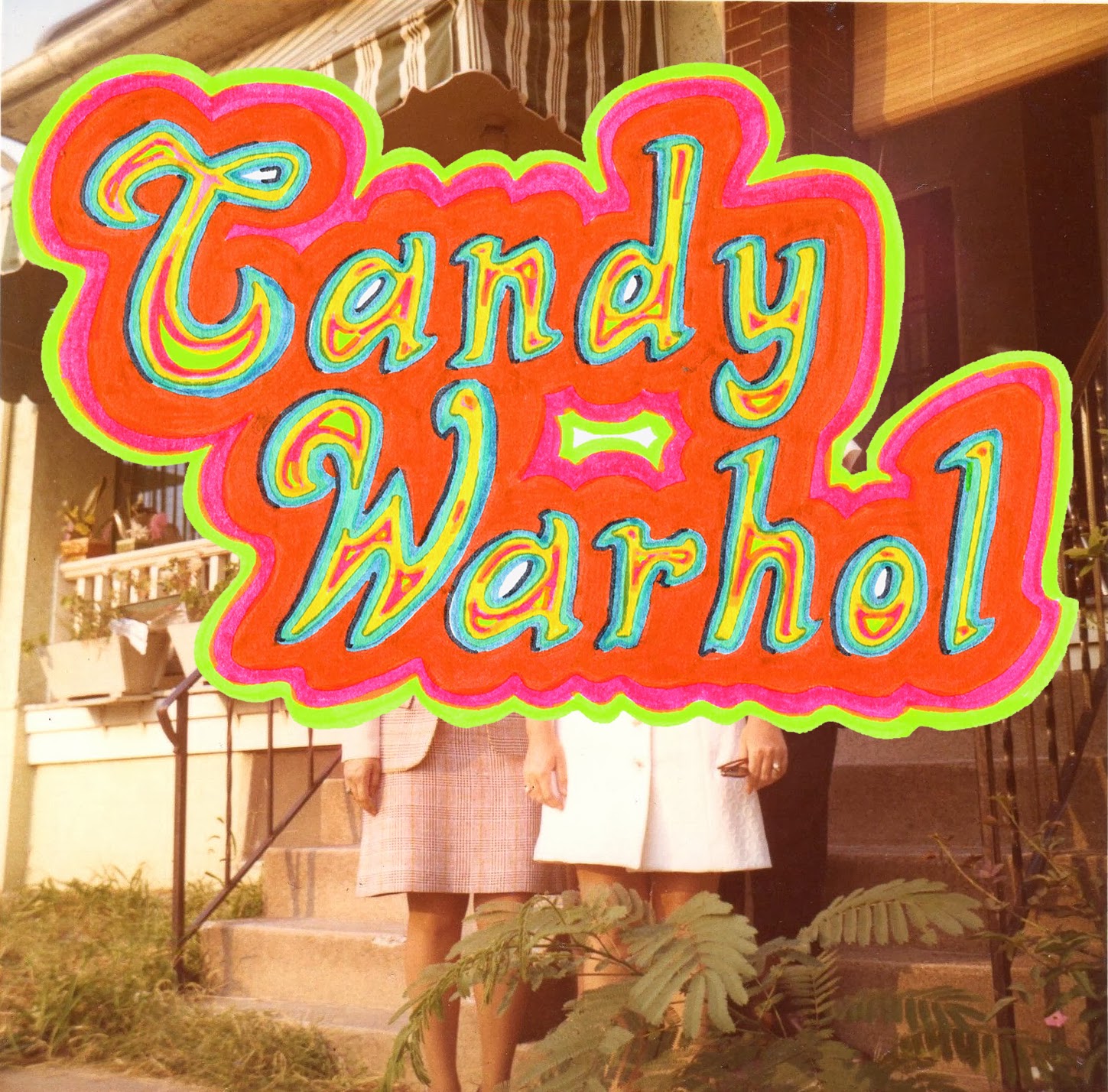 This is me in a new dress I bought, it has the best collar: 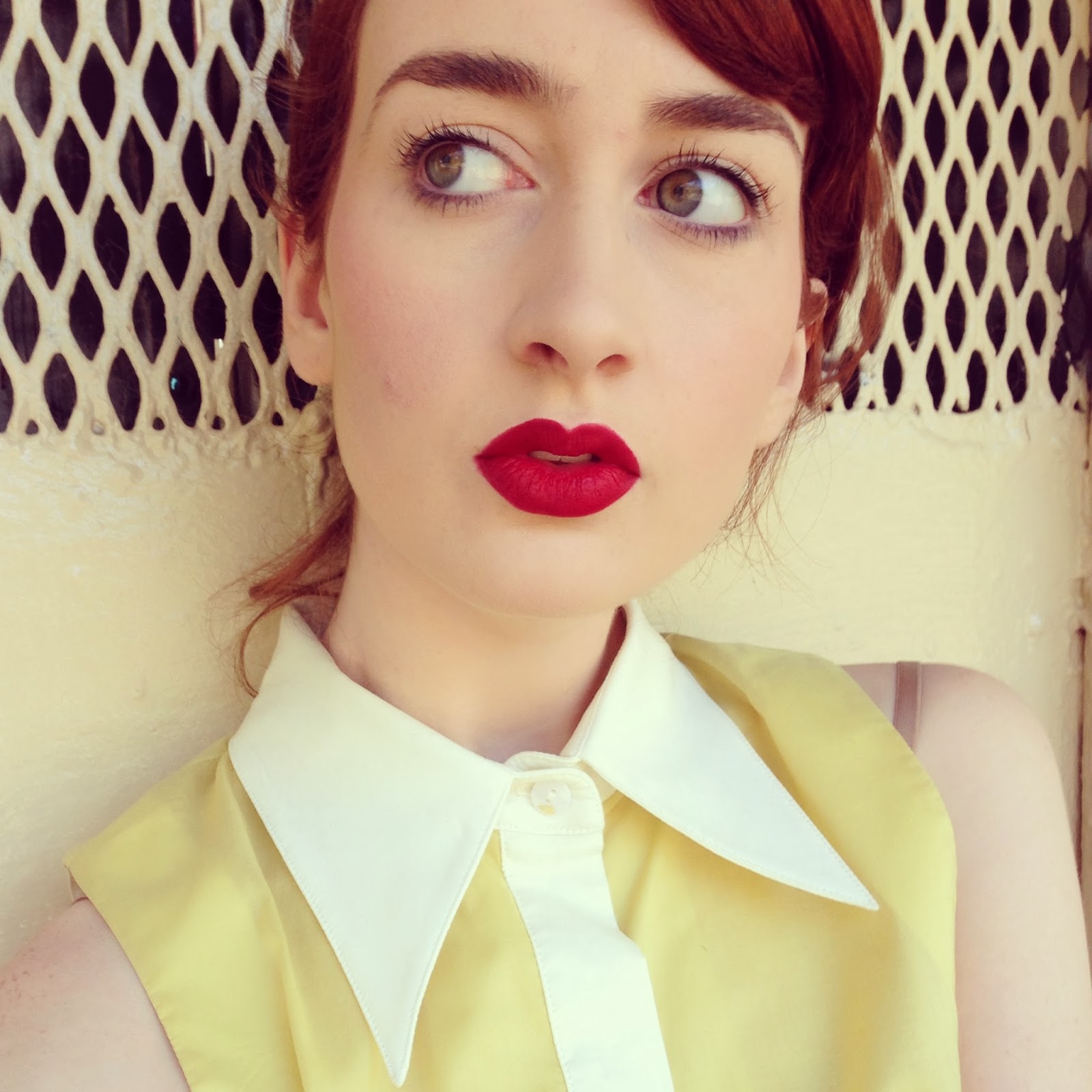 So yeah basically to 'SUM UP' I'm back to reality and (I think) back in the swing of things after the Christmas/New year weird period.