It's hot and yeah I am one of those people who talks about the weather which some may think is terribly pedestrian but I don't care. I find it quite interesting because it's a rare thing that unites people you know, everyone feels hot in the heat wave, everyone feels cold in winter or wet if it's raining or um just comfortable or whatever. WE ARE ALL ONE you know don't forget it. It's so hot though like really hot, hot hot like unbearable hot. In the car today the temperature gauge said 56 degrees (celsius) and okay, so it probably wasn't quite 56 outside (I think it was 56 in the hot car), but it was up there like when you just take a step outside and you're already sweating and the air is really close to you and it's like a furnace. I like the weather when it's warm, I love it, but when it's heat wave hot, I don't like it at all. Mum always says I'm a weak little petal but I just can't cope with the heat. It's exhausting.

We only have one more day of the heat wave now, hooray! And I was allowed to stay home from work today, but I have to go in tomorrow and I'm kind of dreading catching public transport. Boo. And you should see me when I go 'out', I have really fair, freckled skin so generally I have to lather sunscreen on every single square inch, but I'm on antibiotics at the moment that have a warning on the label that the medication makes you way more UV light sensitive, so I like dart into patches of shade and carry with me a litre water bottle and wear like a visor. (Okay I don't wear a visor). But you get the idea.

Last night I went out for a drive with my Dad and my sister with all the windows down and my hand out the window. It was great actually. I also have a little kid pool thing set up in the front yard and sitting in that for brief periods is also good. Ultimately I want to be heat wave chic and have drinks with little umbrellas in them, be permanently in like a '50s style bathing suit and my cat-eye glasses lazing on a pink plastic banana lounge with not a bead of sweat on my brow. That is not and will never be the case but a girl can dream.

I told you I liked to talk about the weather. Anyway today I went to Spotlight and bought a rainbow piñata. I kind of want to include it in my upcoming show butttt then again that's like an idea I would have had in second year or something so I don't know. It's pretty anyway so I can always put it up in my room if I decide not to use it. I also wanted to get one of those tinsel curtain things in gold (I have one in silver) but they didn't have any. How exciting is my existence? Now photos:

I ordered some swap cards from Ebay for my swap card collection, and received them in the post the other day. These are they: 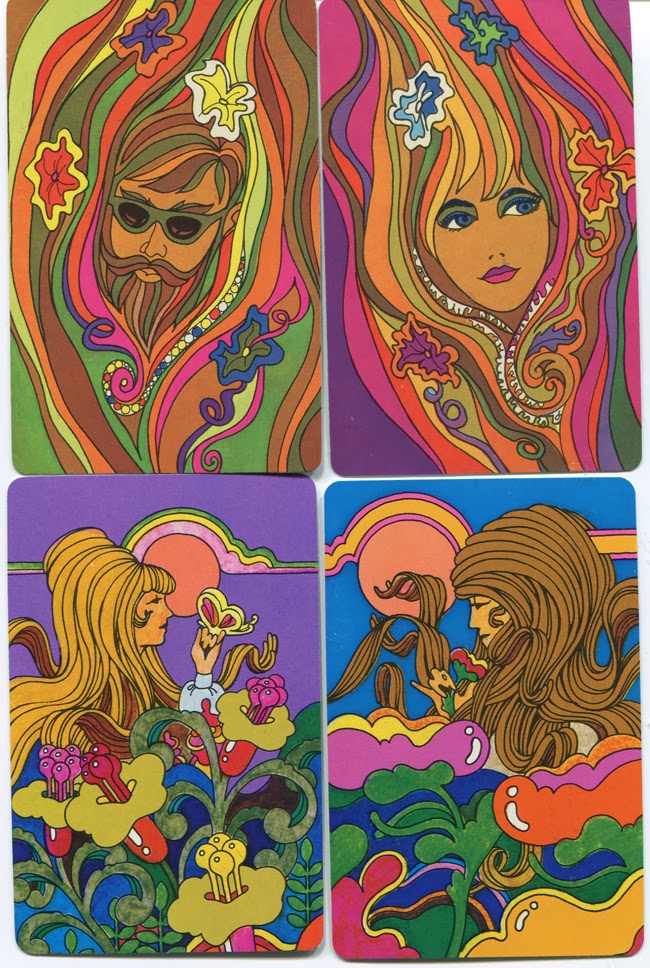 The best thing about the parcel though, was the card that the seller put the swap cards in:

That's all for now!