On not having the Christmas spirit 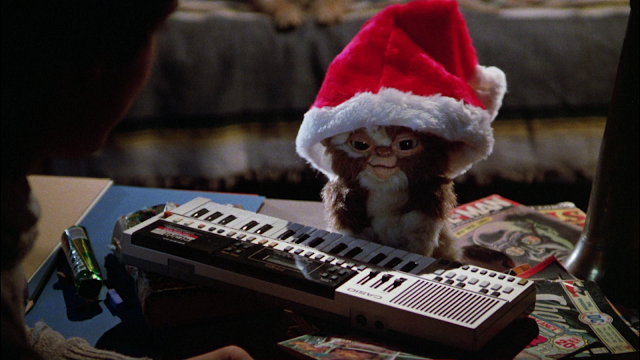 Usually I'm really into Christmas but this year that is not so. As you know I've been unwell, stressed, and a whole lot else that will sound too trivial should I reduce it to words on a screen. This year's been so crazy so I guess it makes sense that it ends in a bang, and in some ways should really have seen it coming!

I got a diagnosis for my unexplained illness and have been on tablets to combat that, however the tablets have made me even more unwell and I've literally been in bed for the past 4 days. I've had to call in sick to work (which I HATE doing, and think I've detailed that here before) and have watched more TV than I would personally condone. It's frustrating. I think because it's Christmas too, I have this feeling like I'm missing out on a bunch of things, which I am! and I haven't seen anyone socially in like forever ever and I haven't done a single speck of Christmas shopping, not a speck, not even a pack of Ferrero Rochers, not nuthin! The only thing I've done that's vaguely Christmasy is optimistically making Christmas cards for my colleagues at work thinking I'd be able to come in today. Not so!

You probably haven't noticed but I've had a bit of a self initiated break from blogging the past 10 days. In fact I've taken a bit of a break from the internet too. I need to do that every once in a while, most definitely. I think everyone does. However, something which I've wanted to say for ages, is that I intend to keep this blog going indefinitely, as long as my enthusiasm for it is still there, which it is. I love the idea of this blog going for my whole life or something. So yeah that's in the back of my mind, incase you were thinking oh Minna hasn't posted for 10 days maybe she's never gonna post again. You're not gonna be that lucky anytime soon!

Anyway back to not having the Christmas spirit. Well I don't have it and the closer I get to the day the more I don't have it, and the more I sort of can't wait for it to be over. Everyone is so stressed, and stressed people stress me out, and I haven't been able to go shopping for my family which is what I love doing the most. I'm hoping to overcome this sick shut-in phase over the weekend which will be good, and perhaps I'll feel a bit more Christmassy when I have some gifts for the people I love and get to sit down and wrap them with that cool patterned tape that is really trendy these days and fun wrapping paper.

Then I think again that sometimes you don't have to have the Christmas spirit because it's just a day of the year that everyone makes a real big deal about and as long as you're happy and relaxed and well then that's all that really matters. Wrapping myself in tinsel and sleeping next to the Christmas tree isn't going to make that happen. The hype won't give you the warm fuzzy feeling. Christmas doesn't make you feel good, what makes you feel good is that fact that you get to have your family and friends around you and you can make dumb jokes together. It doesn't matter what you do or where you are or what you eat or who gave who what, as long as you get to make dumb jokes and laugh with your family or equivalent. That is honestly all I want and I think that's all anyone wants.

I'll be back with pictures and more optimistic updates soon, maybe tomorrow? Maybe not. But I'll always be back at some point, heh heh heh - or should I say, ho ho ho!