Are you lonesome tonight?

I bought light-up novelty glasses for New Years Eve tonight. I'm staying home and not doing anything though, so I'll probably wear the glasses while watching TV. I wrote a really really mopey post before but I actually feel much better now and I won't be posting the previous one. It's 7pm and I'm going to have something to eat and work on some illustration things and try and make my dog wear the novelty light up glasses for fun. I actually did get invited to do things tonight, (don't worry parents, I do have friends) including dinner invitations and invitations of company and a crazy party 3 hours away on a friend's country farm. None felt right so here I am. It's okay.

New Years resolutions are for suckers so I don't have any. I'm just gonna keep doing what I've been doing and celebrate the positives when they happen. I wrote my list of 'good things that have happened this year' but I'm going to keep it private like some other personal things that are going on at the moment. I'm a bit down in the dumps but I'll be okay. I've learnt that when you lose something you have to make time to mourn it before you can be okay, so I guess I'm in that stage at the moment. It's not fun but it's healthy and necessary and something that can't be rushed but also can't be dwelled upon. You know that tumblr-esque saying that is probably an important proverb or something: "This too shall pass" well, it will you know. There's a reason it has like seven million reblogs.

I always remember my first boyfriend when I was seventeen said something in a really downer emo kind of way "time doesn't heal anything" and I disagreed wholeheartedly. As time goes by things become more distant, dream-like, unreal. Time allows you to look back with retrospect - your mind distorts distant traumas, blocks them out, puts them away for them to come out and play only at moments of vulnerability or sadness. I love the healing power of time because it pushes things so far back, so far that you can't even touch them - so you're able to continue forging on into the horizon where you'll be met with similar experiences of pain and brilliance. If time didn't heal anything we'd never be able to float on, in the words of Modest Mouse - a song I discovered about the same time my teenage boyfriend and I broke up. We'll all float on okay. I did, and I will again, and again and again and again. 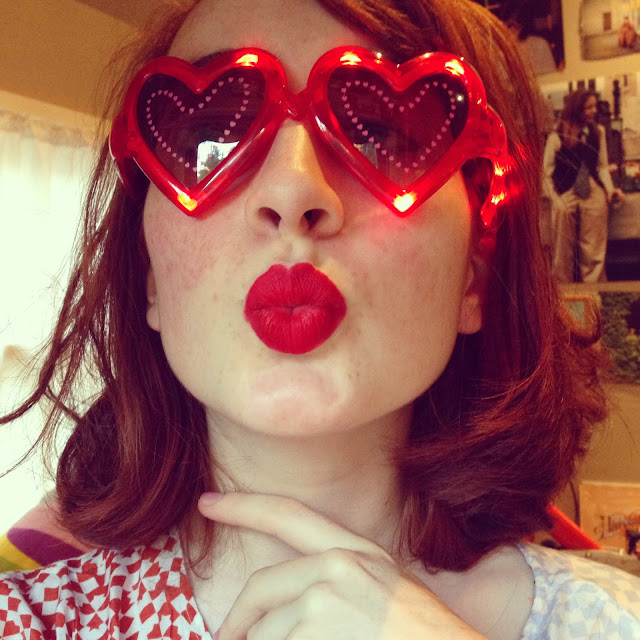