I feel really bad because I just yelled at my little sister for stealing my clothes from my room. It is so infuriating though and it makes me so angry when I go to put something on and I can't find it, and I'm rushing to get ready for work or whatever, and I search everywhere and think I've lost it and then find it scrunched up on the floor in her room. I'm totally fine with sharing my stuff, I'm the older sister and have more money to spend on clothes, so have lots of them. I've let my sisters wear pretty much everything in my wardrobe, as long as they ask first. When they take stuff without asking it's the one thing that really makes me angry! Angry enough to yell at someone, which I never do, usually because if I do I start to feel really bad about it and it seems so silly, getting angry about clothes. So yeah, on one hand I feel really bad about getting mad at my sister because I have like a conscious and don't want to have to be bully older sister but on the other hand I can't seem to convey how much it frustrates me so that it doesn't happen anymore :( Wah.

I spent the day in the studio today, and Cheralyn was also in which was nice. For lunch I went and got some sushi and stopped off in Myer and David Jones - I think I've mentioned here that I am addicted to wandering around there not necessarily buying stuff but just browsing, feeling the fabrics and noting the patterns and stuff. It's so therapeutic and relaxing. I honestly think at some time in my life that fashion will play a major part in my career, which sounds like a ridiculous grandiose and slightly egocentric statement but I just have this feeling that it will. Time will tell I guess. Anyway - I ended up buying some Aesop face moisturizer, which is something I never spend money on, skin care - because I figure now that I'm almost 23 I should start trying to prevent wrinkles or something (ha no) but just because occasionally I get this idea that I want to 'look after myself' or something which comes about when I feel tired or that I'm working too much. I know I just had a holiday but I want to try and do more of that stuff. There's a massive part of me that would just work all the time and not see anyone, but I feel so good and happy (?) from this past weekend of socialising and not working that I think I should really make time to do it more often. A leopard doesn't change its spots though, so we'll see, ha.

Here's a gratuitous picture of me this morning and a detail of my very clean and organised desk. Back to work tomorrow! 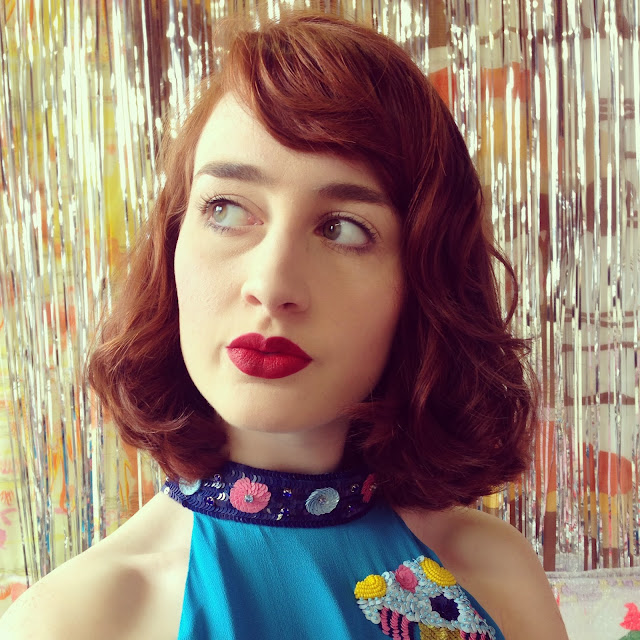 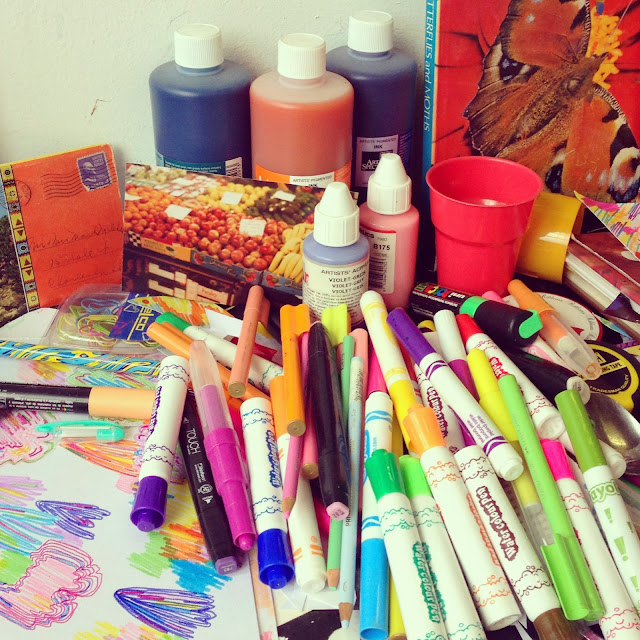