Holiday / the longest weekend ever

On Friday morning Georgie and I flew up to sunny Sydney for our little weekend getaway and performance with Pamela at Darren Knight Gallery. I managed to finish all the things I was supposed to do before I went, which was a miracle, and was able to have a little bit of time off from work stuff to just hang out and be silly and eat junk food. I had a great time.

When we arrived on Friday we took the train to Kings Cross where we were staying. I booked a small hotel room for us and we checked in. I'm a bit of a snob when it comes to accommodation and this place, that of course looked small but okay in the pictures on the 'Wotif' website, was terrible! We had to enter around the back of the hotel, through the FIRE ESCAPE, and the bathroom was in a cupboard and the toilet was literally underneath the shower. The tiles were flaking off and there was a hole in the roof that was mended with some brown contact stuck over it. To reach reception, we had to dial 9 from the room phone. There was no room phone! The luxurious TV was perched in the corner of the ceiling above the door, so watching it made me feel like I was in hospital! I took much pleasure in laying back on the bed and saying stuff like "Ah, this is the life!", and like, "Just relaxing in the lap of luxury" .. you know. So funny.

After we got over the initial shock of this sub-par hotel room that we paid a reasonable amount of money for, we found it very funny, and I kind of have a fondness for it because it was so hilariously bad. However, we decided to spend as little time there as possible, so we headed out for some pasta for lunch and to have a look at a gallery, then had a mini picnic in a beautiful sunny park by the water.

That night, we got ready and went to Art Bar at the Museum of Contemporary Art with Jon Campbell and his family. We got free tickets because we'd performed there last year, so that was a bonus! The fire alarm went off at like, 7.30pm, and everyone was evacuated. There wasn't really a fire, and for our trouble they offered free drinks for a short amount of time. Georgie managed to get a free one without getting marked off, so she went back and sneaked more and it was funny. The Art Bar was curated by the artists who are a part of the Primavera exhibition, and the theme was 'awkward prom'. The balcony rooftop part of the MCA is so great, you look out on the Opera House and the Harbour Bridge. It's beautiful! 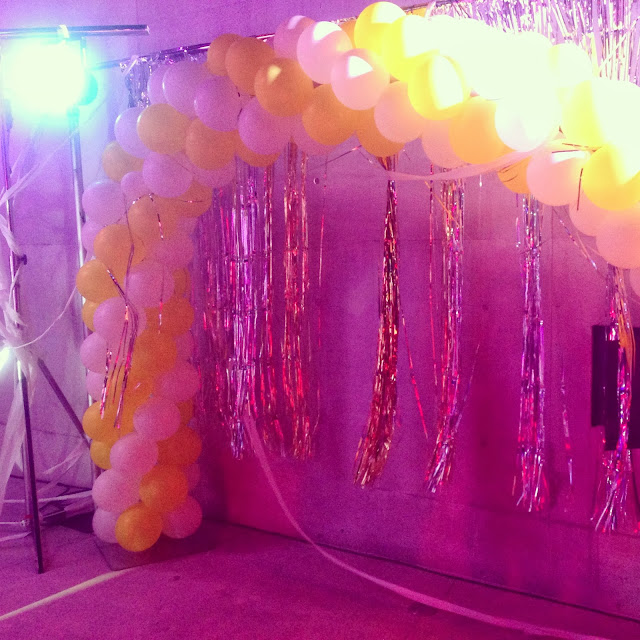 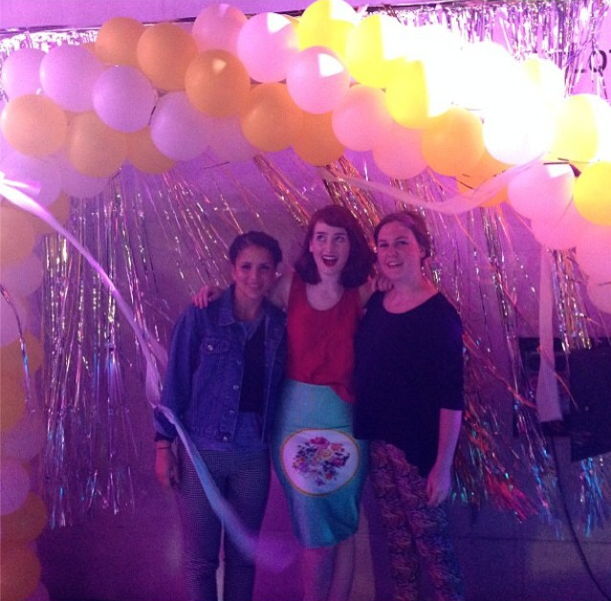 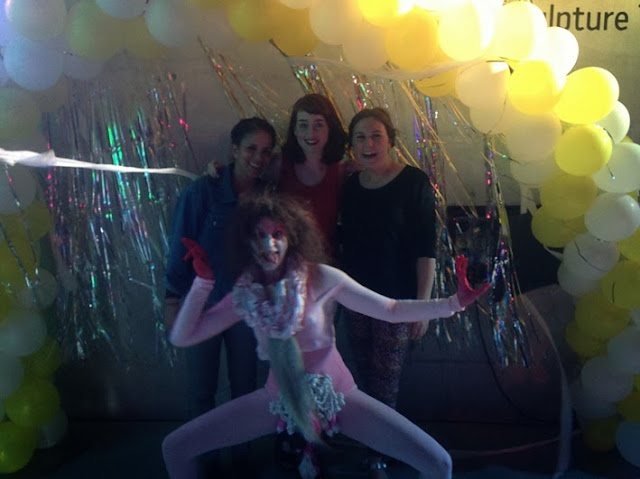 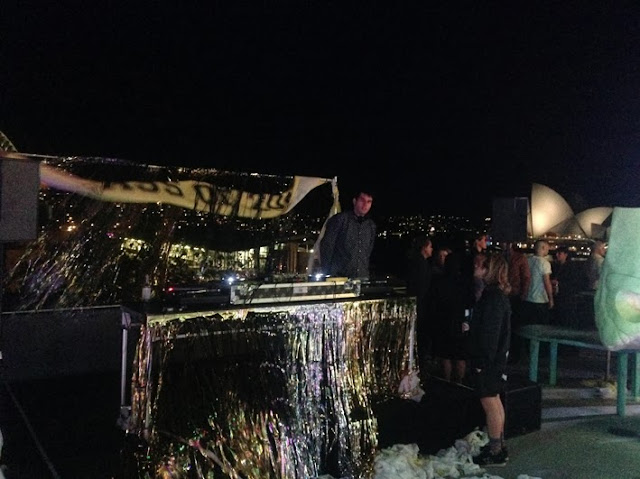 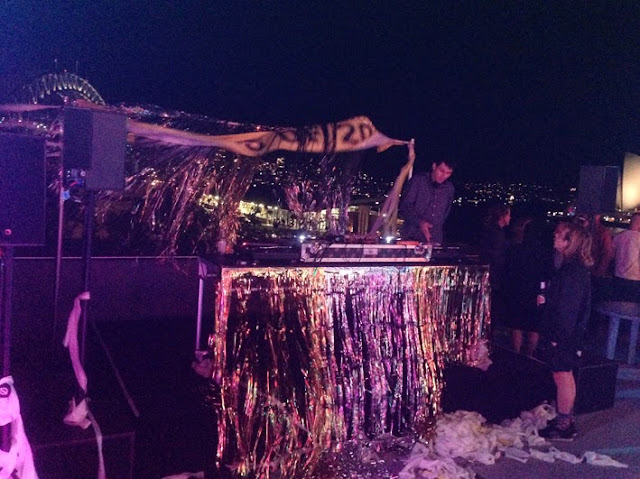 On Saturday morning we went to the Paddington Markets, which were kind of disappointing. They didn't have any second hand stuff or anything which is what I was most interested in! There were a few Op Shops on the way though which were cool!

On Saturday afternoon we went to meet up with Jon for a quick rehearsal before his opening at Darren Knight Gallery, where we were to perform! At 4pm we headed to the gallery in Waterloo in a taxi :) 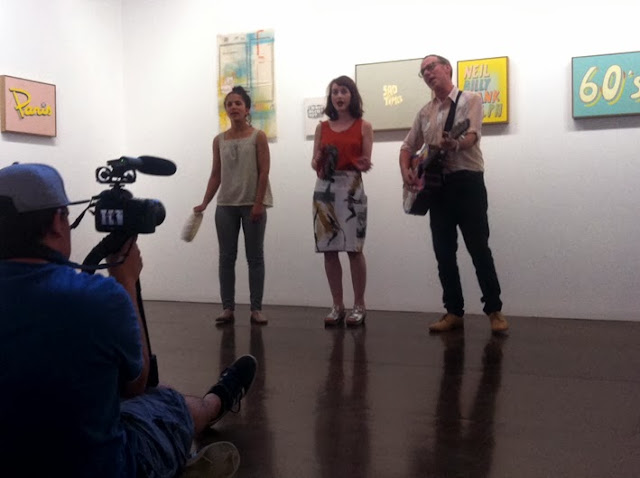 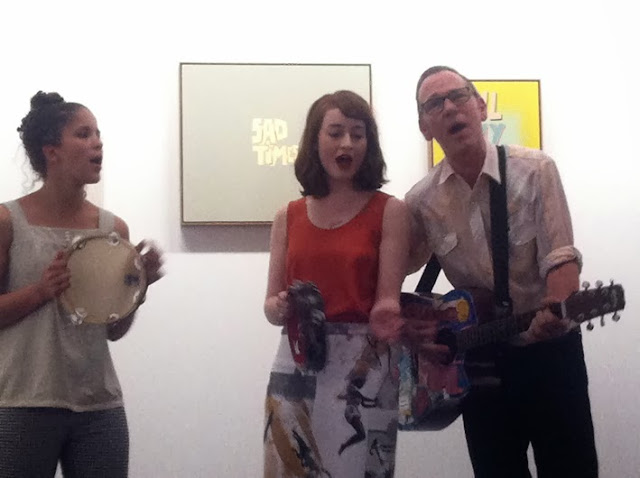 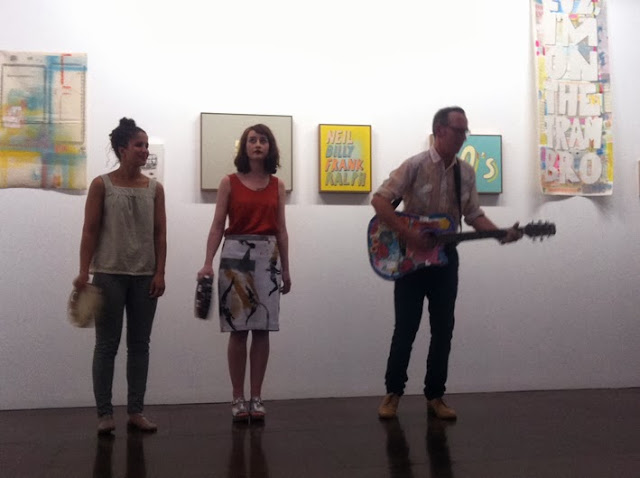 After the opening came the best part of the weekend ever. We all went to a local pub and got chicken parmas. Although in Sydney they were called Parmigiano rather than Parmigiana, but the general idea was the same ;). DELICIOUS. Then Georgie and I went back to the Cross, determined to get some ice-cream from this shop that everyone was talking about called Messina. You would not believe the line at this place, I thought it was a night club. When we finally got to the front I ordered milk chocolate and peanut butter fudge ice cream, with berry and yoghurt ice-cream. Georgie got Passionfruit and salted caramel. IT WAS AMAZING. We went back up to our hotel room through the fire escape and ate it on our bed and laughed about stupid stuff. It was so fun! I haven't been silly like that in ages. I had the best weekend. 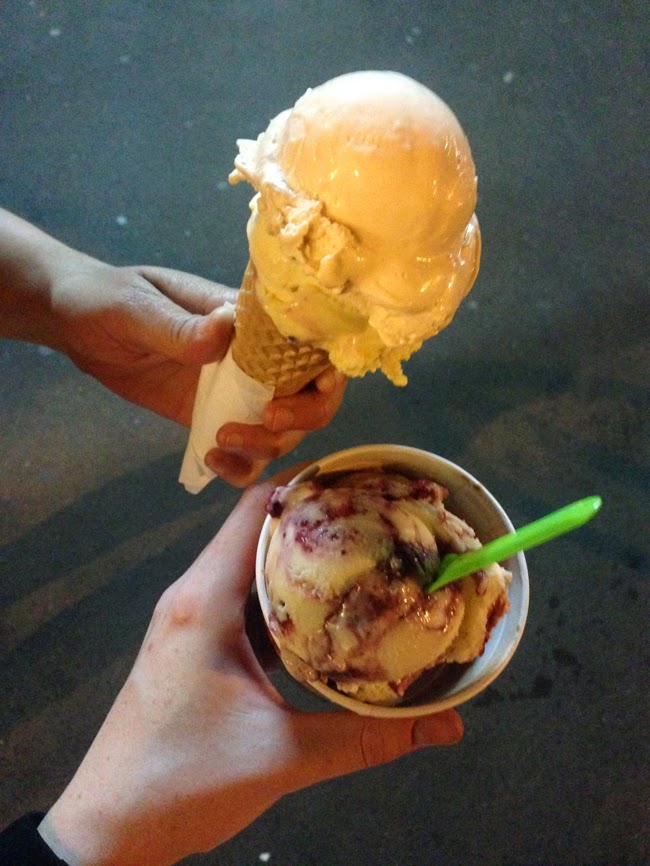 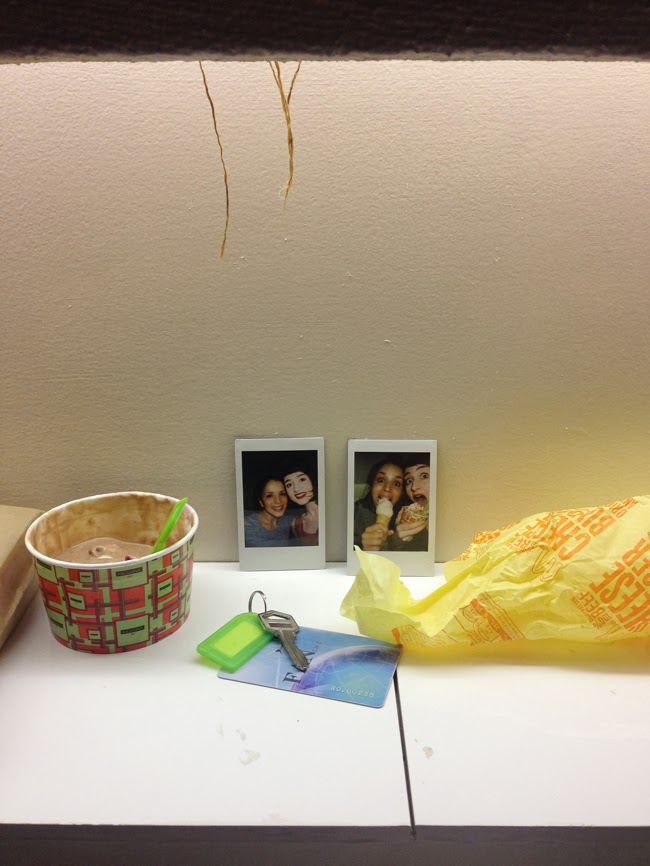 Then, on Sunday morning it was home time! We had an early flight out and got in to Melbourne about 12noon. While we were waiting to board the flight we used those hilarious massage chairs that you pay $2 for. SO FUNNY. Last time we were in Sydney we did the same thing at the airport - Georgie is great because she's like "what the hell" and is really into it, whereas I'm like omg people are looking at me - but I'm totally over that and love those massage chairs now! haha! They even massage your calves! Get on it! 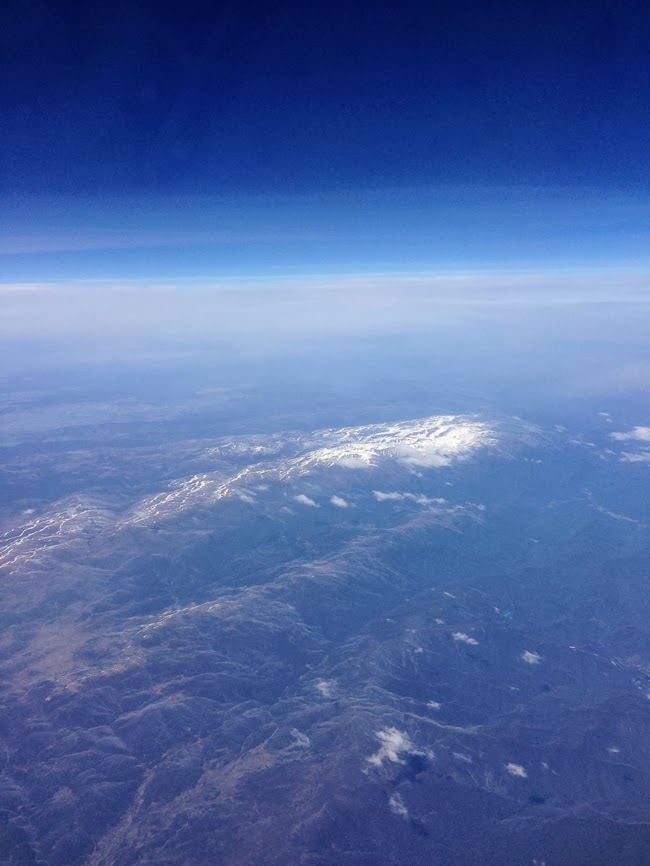 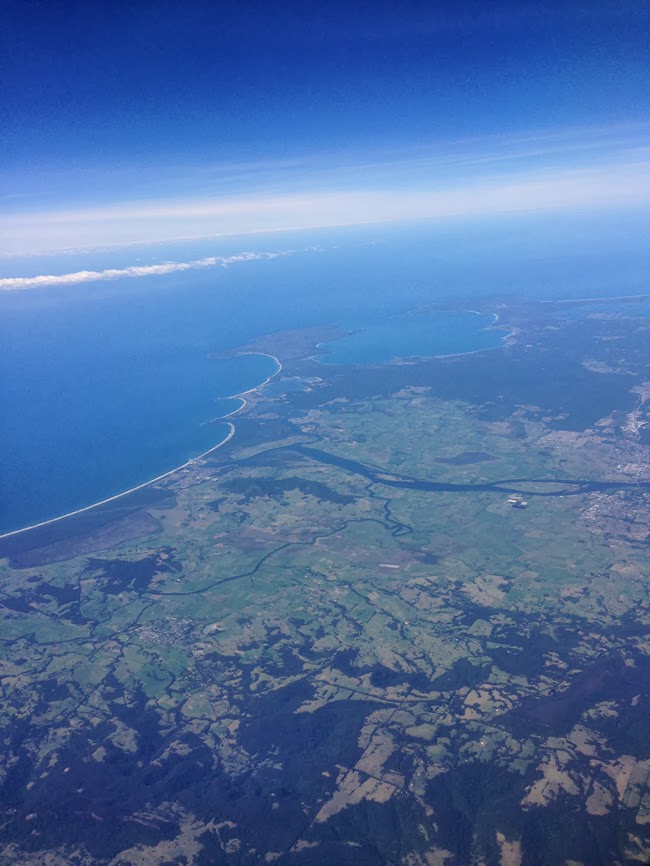 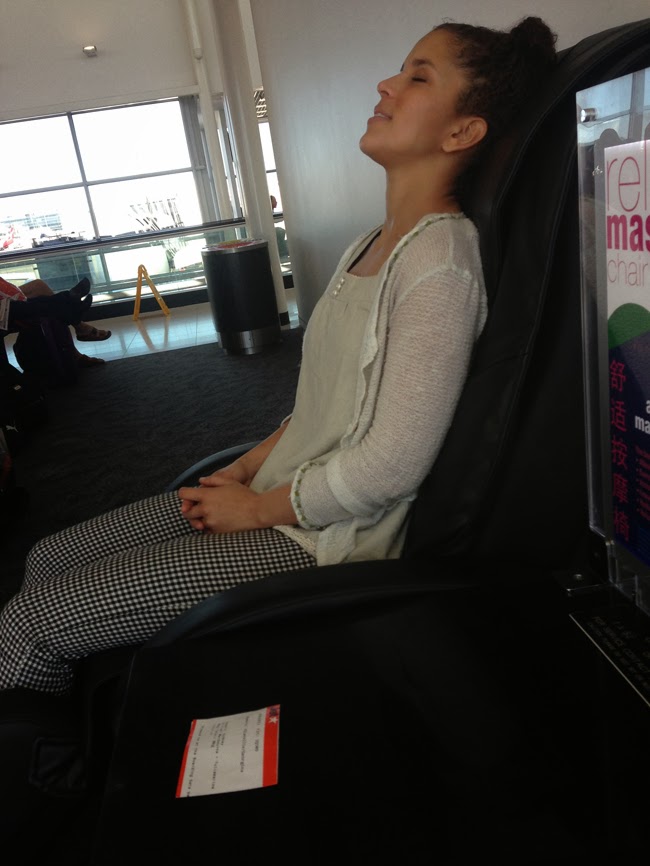 Sunday the 29th was Louis' birthday! So as soon as I got home from the airport (after a little nap...) I baked a cake for him! 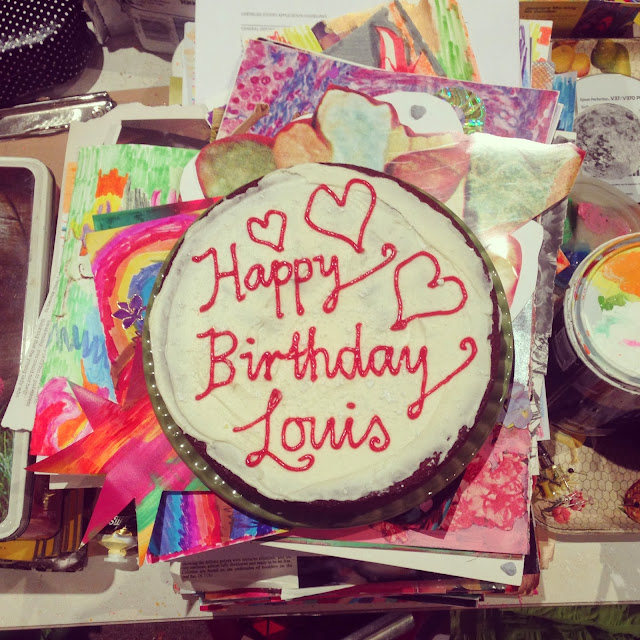 Then I got all glammed up and headed into Fitzroy for a birthday dinner with everyone! We went to The Commoner on Johnston Street which is super super fancy. I drunk nice wine (!) and people around me ate oysters (I don't like Oysters but appreciate that they are fancy!) I felt like such an adult. I wore a black silk dress and really felt grown up. Louis turned 23 and I will be next on the 29th of November. Can't believe it - I won't be able to sing Taylor Swift's '22' anymore in like 2 months so I should definitely make the most of it. I have issues with getting older, I feel like every birthday signifies more responsibilities, more commitments, getting further away from being able to ask your parents for help or advice or something. Time goes by so quickly! 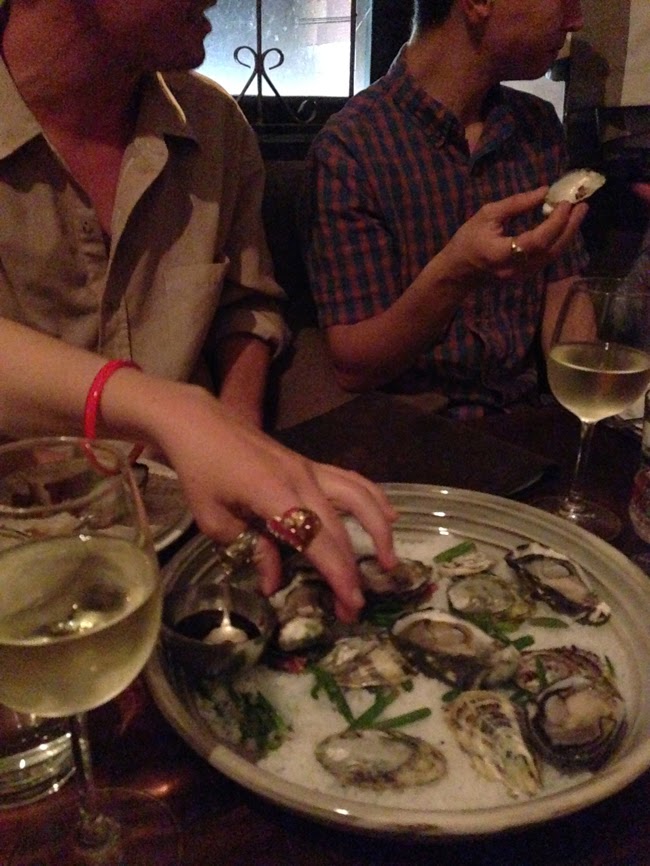 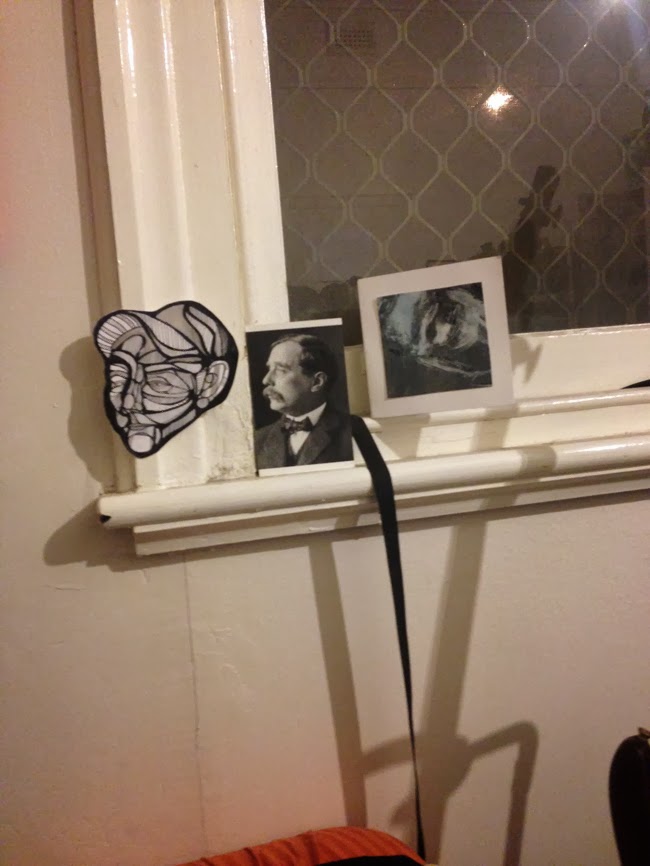 Louis and I got a cab back to his place in Footscray and laughed and talked about the night. The bill totaled over $1000, can you believe that!? It's the biggest bill I've ever seen in my whole life! Crazy! Won't be doing that for a while now...!

Above is a picture of some of the cards Louis got that he put on his windowsill. I gave him the one with H.G Wells. :) Tomorrow I have another 'photoshoot' in my studio! So I have to get my 'beauty sleep', and beauty sleep means watching the Simpsons till really late! I am glad to be home after a massive extended grown up weekend. I honestly think this is my longest post ever! :O Thanks for reading. X