I have felt so unproductive this week! I hate it! I need to be more regimented with my life and set time to do specific things and then do them. I dunno. It's hard with work and I always seem to have random pressing things to do when I get home that take priority over other stuff, blah. Boring, and I just gotta get my shit together. I find myself fantasizing about having days on end with nothing on. I think I would make some really good work if I had nothing on. I haven't felt creative in a personal way at all lately. I love doing Rookie work and other illustration work obviously, otherwise I wouldn't do it, but I need a balance of unstructured creative time as well as working to briefs and stuff. For some reason I haven't had that for a while now and I need to make it happen. I was watching a Woody Allen doco the other day and all these people were saying how he had this amazing ability to compartmentalize, which means to like put different parts of your life into boxes and unpack them and deal with the contents at different times. I would love this ability so much - my whole self is every part of me at the one time. I can't turn stuff off and on that readily. I think I would be so much more productive if I could compartmentalize like Woody.

Anywho, here is an illustration/collage I did to accompany an interview with Kathleen Hanna on Rookie Mag: 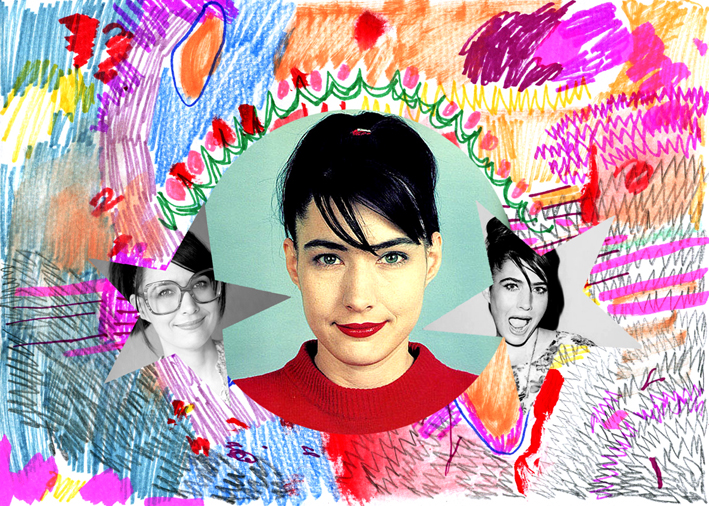 And, guess what? Dreams do come true - the Romance was Born top came into my life and I couldn't be happier. I love it so so much and I can't wait for an occasion special enough to wear it, haha! You may also notice some Swedish Hasbeens in the corner which I got online (on sale don't worry) and I love them! Ah! I never buy blue stuff but hey here you go. Blue Jasmine influence? haha. 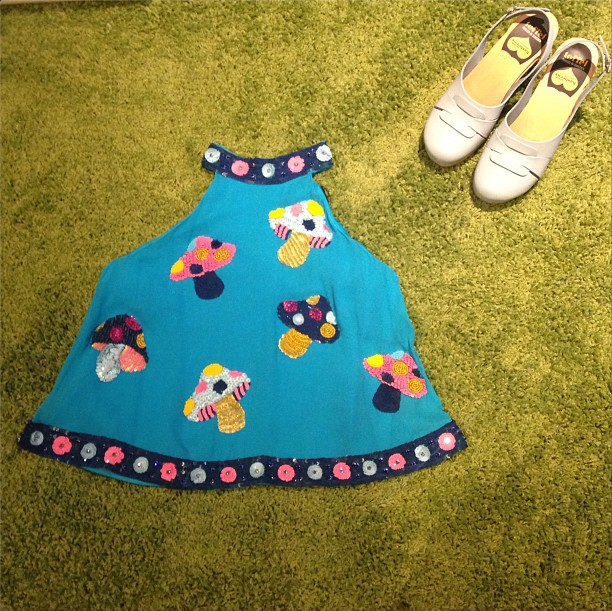 Oh and yeah! I also bought a new rug for my room from Ikea! I have never had a rug actually and I really like it! My room looks (sort of) like an adult room now it's amazing. YAY. I like how it looks like fake grass. Ha ha, after reading this post you're thinking hey I know why you haven't been productive this week you've just been buying new stuff..! Hmm this could be my problem. Again in regards to the compartmentalizing I consider all of these purchases part of my 'practice' you know, nothing can be separate with me! Life imitates art n stufffff could not be truer with me.

WAIT also this is the last thing this is Annabelle playing as Waterfall Person at Centre for Style in the city. How amazing is her outfit! It was such a good performance.

There were other performers and we ended up staying to watch everyone else. It was mostly a bunch of immaculately dressed fashion students who looked amazing. It was cool to 'observe' another scene that isn't the art school scene but probably it's closest relative or whatever, ha. A girl who called herself KT Spit played a bit later on and I Googled today cause I am a creep and she has this amazing video clip on Youtube! Check it out!