Sweet spring is coming, something of which I may have mentioned in my last post or two... My Dad says it's already here, but I'd rather wait till it's official, just to be sure. It did certainly look and feel and taste and smell a lot like spring this weekend though. I loved it. Here is some beautiful blossom I saw Saturday morning in Footscray. 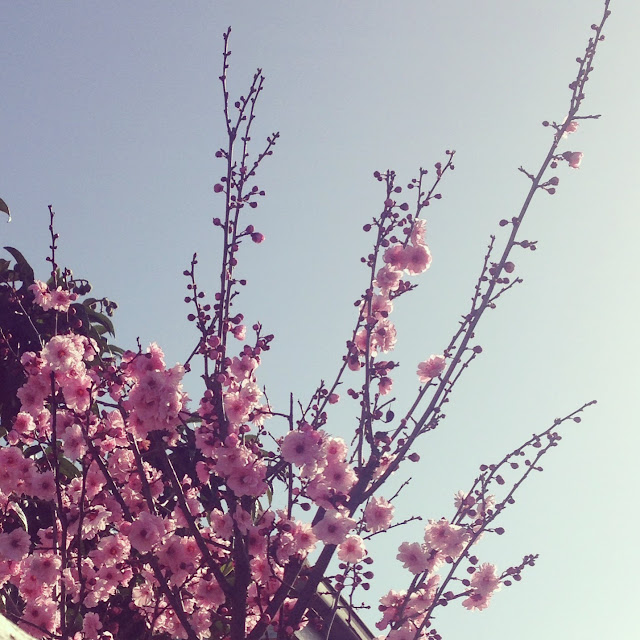 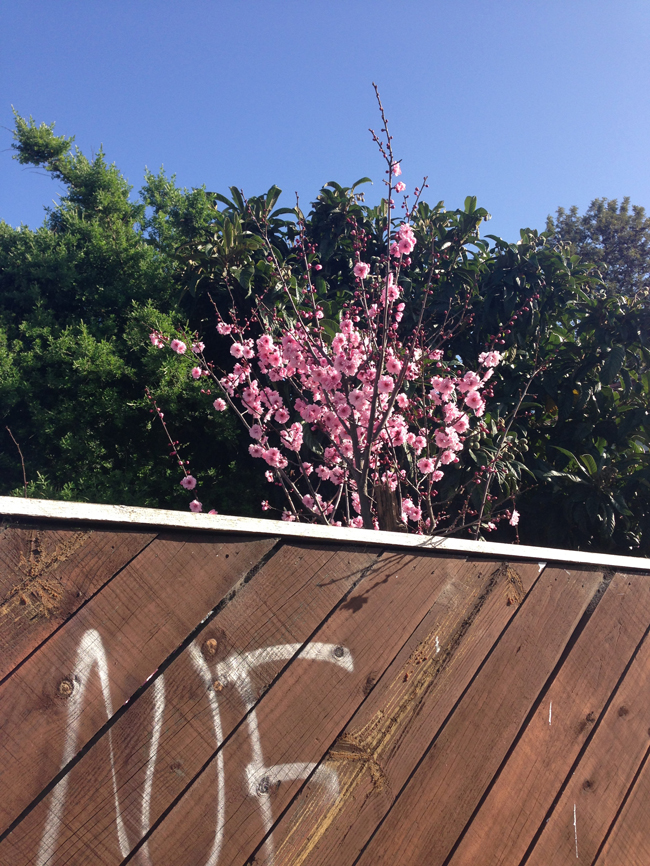 Okay and yeah I made a 'spring' playlist because obviously I feel the need to make 'soundtracks' to each segment of my life now hope you don't mind. But 'IRL' the other night someone complimented me on my playlists and said they listen to them so that's enough encouragement for me!

... I'm really enjoying Tumblr lately, but it's too easy or something, you never really feel anything on there if that makes sense. Everything is so super transitory it doesn't feel substantial enough for me. Eh though, still rebloggin'... 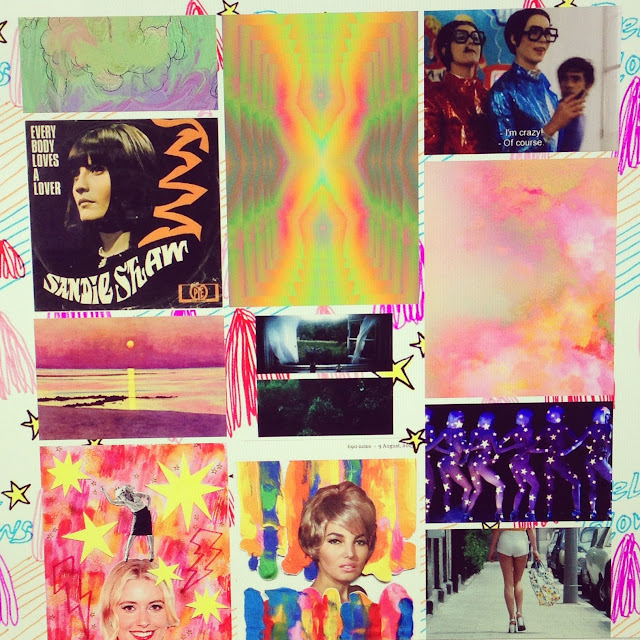 Absolutely loving Rookie now and forever - got to illustrate Tavi's interview with Greta Gerwig last week and have some more exciting interviews coming up! 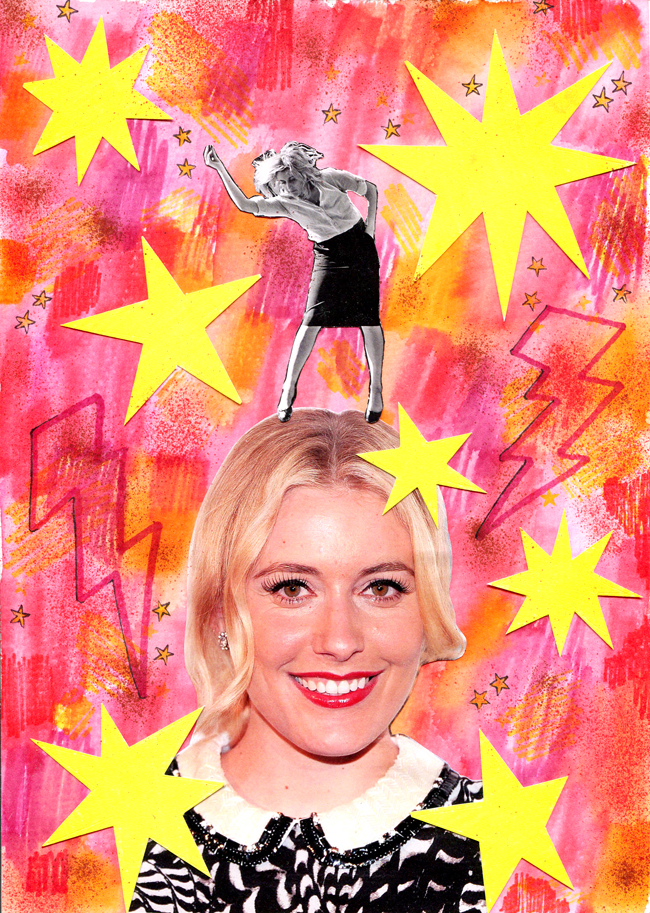 Below is me waiting for the train to work one morning last week. I wore this little red cardigan that I got at Savers ages ago that some amazing Nanna had knitted. It's pure wool and so warm and comforting. It felt a bit '50s so I did my hair in like half-hearted retro-ish curls and wore extra Ruby-Woo than usual and felt cool until I got rained on and blown away forever by the wind. 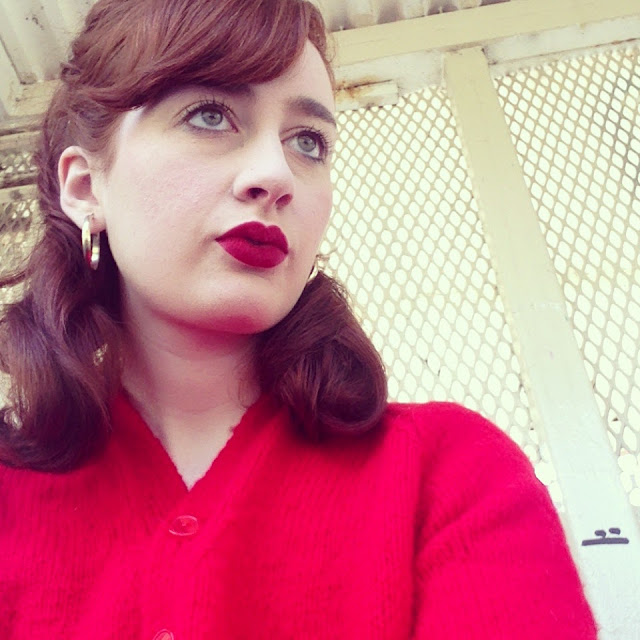 I got an email from Kinki Gerlinki the other day as well being like *URGENT* "MINNA we have these new pants you must have them!" and I was like "I'LL BE IN THIS AFTERNOON" and I was, and they're amazing - the print is exceptional, really, and they shimmer and shine and look great with my Alpha 60 'Daria' shoes. These are pants for a serious special occasion though, like a special 'cool party' dancing occasion or something. Let's be honest though I'll probably just wear them to work. Here's a pic of my butt modeling them in my hideously messy room! Yeah! 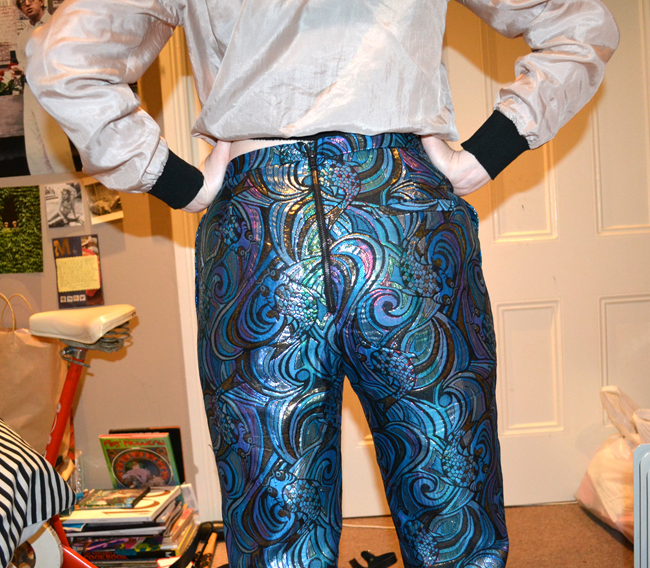 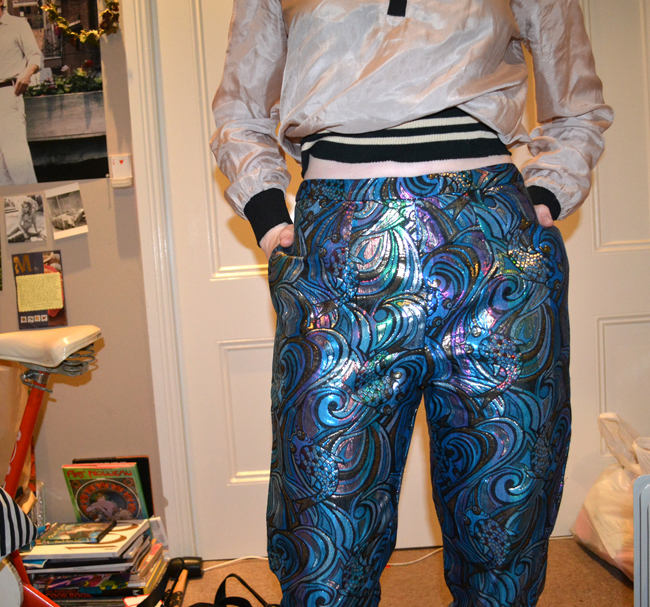 NOW, I'm feeling equally inspired and inadequate today - I went to the Heide Museum of Modern Art with Mum this morning to FINALLY check out the Mike Brown show. It's embarrassing that I haven't been till now, so don't go spreading it around. It was fantastic obviously and it was a beautiful 'almost spring' day so I felt excited. What I loved as well, going to Heide after not going for a while, was that I walked through the exhibitions and was like naming the artists for my Mum, saying how I knew her, or him, and how I loved their work. I felt a part of it, not that I'm in a show there or anything, but I felt like 'one of them', a part of the community. This was a milestone feeling for me. I am an artist like these people I admire. It's cool. Below are some of my favourite works of Mike Brown's. He was a genius. 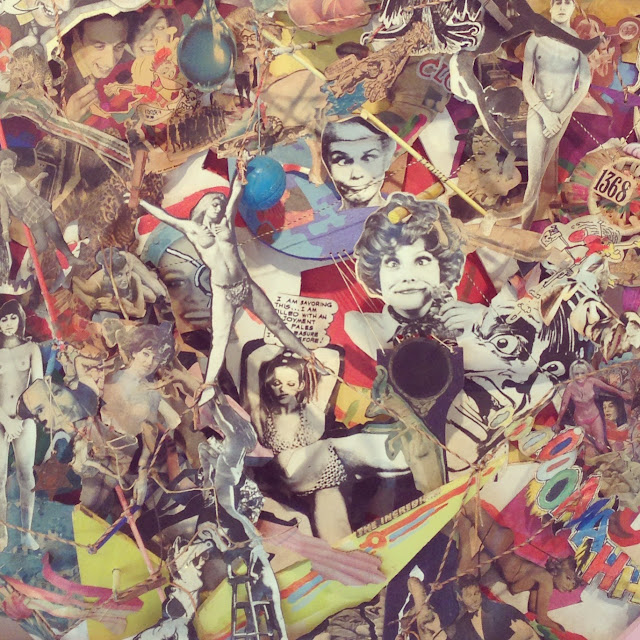 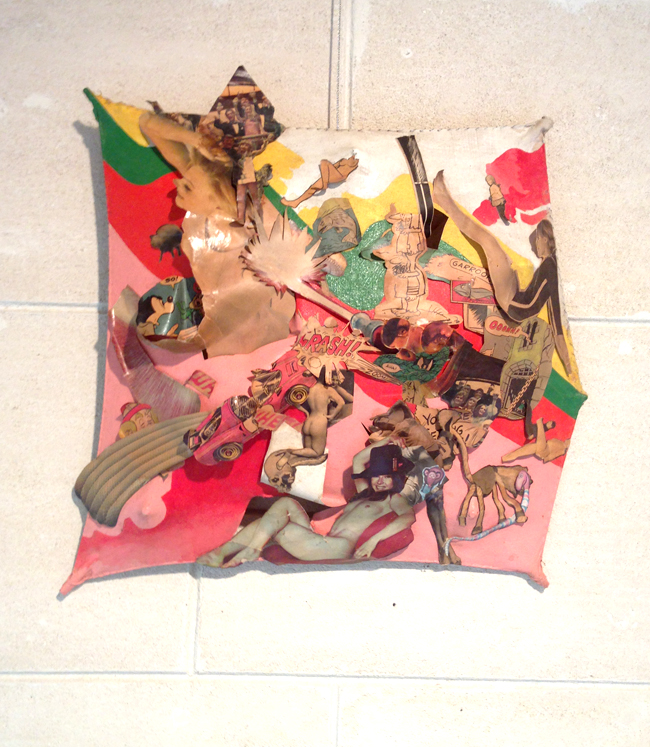 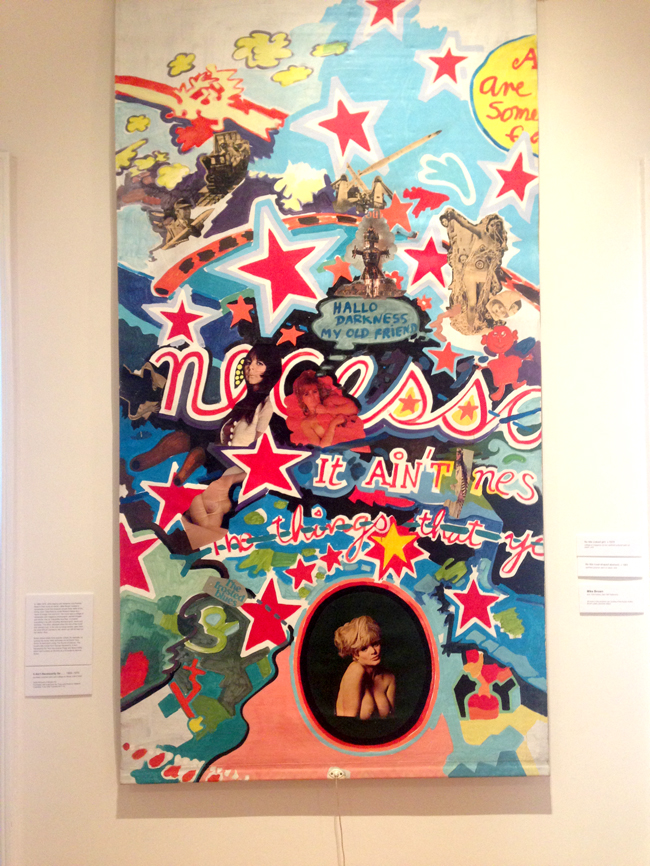 Then tonight I was so excited because Bill Cunningham in New York the documentary about the fashion photographer was on ABC. As usual I'm about 5 years behind on current movies/trends so this was the first time I was to see it. IT WAS BRILLIANT. Like really brilliant. SO inspiring because he literally has dedicated his entire life and existence to his work. This is fascinating to me.

He's never been in like a 'romantic relationship', (not that is of any of my business/importance and doesn't have anything to do with his art practice) - and although religious complications were alluded to as the reason for this - I think that ultimately he was in a relationship with his work. I found parallels in Bill to Andy Warhol in that sense, a total entity within themselves, not defined or validated by the presence of another. It's probably sort of weird of me but I find this so admirable. To feel so sort of whole as yourself, and to be more than content with the love you have for your work is so sensational and the most romantic thing I could ever imagine really. Of course as well Bill was funny and smart and quick witted and seemed so genuinely kind and beyond genuinely modest in a sense that he really honestly believed what he was doing was 'nothing special' because it's something he would do no matter what. Another thing I really enjoyed was that he was renowned for not taking payment for his work, and he justified this by saying: "If you don't take their money, they can't tell you what to do" I MEAN. Anyway he's added now to my long list of people I aspire to and if you haven't seen it really, watch it.

But now before bed I have feelings like "I'll never be as good as Bill, or Mike, or whoever - I will never be as dedicated to my craft or whatever" (didn't mean for that to rhyme but hey) Like these people hardly eat and sleep because they're so dedicated to it. I wish I had that absolutely impossibly insatiable appetite to work. My work is made quite quickly, so I produce a fair amount, but don't spend every single waking minute doing it. Sometimes I have other things on my mind. Sometimes I don't feel like working, so I don't. I watch TV or spend useless time on the computer. Sometimes I get embarrassed about this, because it's like, if you want to be as good as you say you want to be, as if you ever take time to do dumb stuff like sleep in or watch TV, you know? As if Bill Cunningham ever watches The Simpsons. I honestly believe, after seeing that movie, that he doesn't. (Yeah yeah movies are only movies and stuff) But there honestly are those people who just work and work on their craft and practice and that's all they do and some of them become some of the "greatest" artists in the whole world. Watching The Simpsons now before I go to bed seems dirty or disrespectful to myself as an artist or something or to like Bill Cunningham. I mean, I'm still going to do it, but I'm definitely conscious tonight about what these choices mean. I know I'm only human, but curse these mortal shackles! Ha.