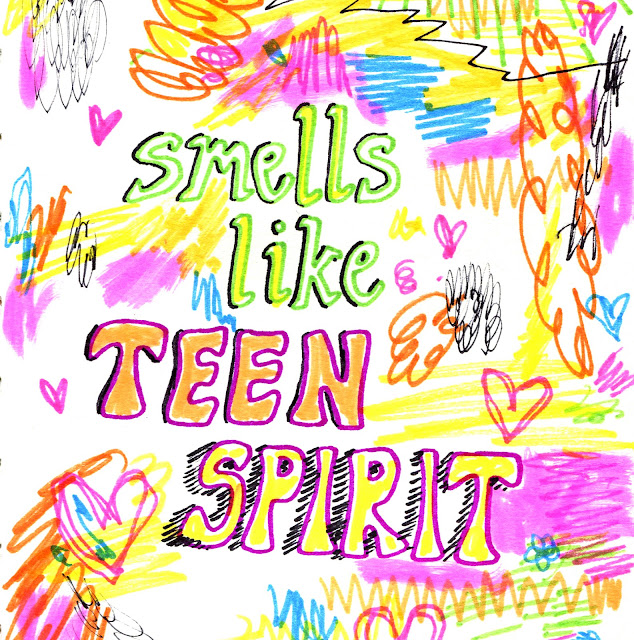 Yesterday was a really crazy day. I got all dolled up because I was going to Kinki Gerlinki headquarters to be photographed in some of their new clothes for their website! So fun. I just love their label, it's so 'Melbourne' and I think that's really special. Anyway on my way there I ran into my friend Yalei which was really nice, because I am really terrible and usually avoid people if I see them on the street or whatever because I feel like they'll be like "Oh man now I have to talk to Minna" but Yalei seemed happy to see me and I am getting much better at being an adult lately. Anyway once I got off the train I checked my phone and I had a missed call from a lady I know who works at The Age. She wanted me to come in and do some filming for a video announcing the SECRET that I thought I wasn't allowed to talk about till the 19th of July. So I said I would go there after my shoot at Kinki Gerlinki! I felt so famous yesterday!

Anyway so I had a great time at Kinki Gerlinki and then they gave me all these clothes to wear to the video filming including something I'd been eyeing off since forever which is like a purple silk cowgirl shirt which I love. So I rushed off in my fancy new outfit to the big Age offices in the city and was whisked through crazy clear doors and swiped into weird rooms and was taken to this video room where my face was on like 7 screens from all different angles and I really wanted to take a photo but it was inappropriate at the time. I was really proud of myself because I thought I would do a really bad job, but it ended up being quite okay and I didn't think I sounded weird or anything like you know how you hear your voice back and it's weird? I didn't think it was weird for once which is cool. It's not that I said anything ground breaking but I got through so YAY.

SO BASICALLY turns out the press release for this thing I'm talking about was today, so I didn't have to hang on to my secret until the 19th after all which is lucky cause I'd pretty much told everyone anyway... awks. Okay so here's the video:

SO YES WOO HOO Tavi is coming to the home girt by sea. We are involved in an event called 'Rookie Day' where I will be speaking and also a part of the panel. I am SO EXCITED. I am also nervous. I am also deeply concerned about what I am going to wear. DEEPLY CONCERNED NOT EVEN BEING SARCASTIC. 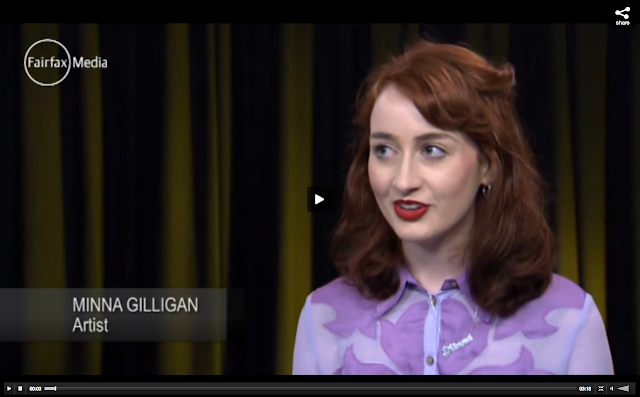 Okay yep I could not resist taking a screen cap because in a screen cap it looks like I am on A Current Affair or something which is so funny. I love how it's like 'MINNA GILLIGAN. ARTIST'. I am reading that in a really serious funny voice in my head which is why it's funny to me it sounds like it should say 'Marine Biologist' or something you know. I woke up at 4am this morning all nervous about this thing because I knew it was coming out this morning. I had Taylor Swift's '22' in my head like real bad and I was really wired just laying there in bed like fidgeting around. I love Taylor Swift a lot she is really cool and in my spare time I have been watching videos of her like 'before she was famous' on Youtube and it's cool because I see similarities between her and a young Madonna. I love that unabashed ambition you know and I think that's something I want to talk about at Rookie Day maybe but I am not sure.

Ha also I just remembered I made this playlist that I have not published yet so like may as well chuck something else in this mish mash for y'all. Been so OBSESSED with ABBA lately and watched Muriel's Wedding for the first time (I know what even) So I guess I was inspired by that. Enjoy!