One is this amazing dream that I had. This is what I wrote down after I woke up:


"Floating in the ocean, a really bright blue, crystal clear ocean. Floating on my back.
blinding bright sun. I am very calm. As I gaze upward I see the bottoms of floating flowers in the air, large, about the size of a basketball, in my mind at the time I acknowledge them as roses, real roses with a kind of paper like petal that I can bend. I think that I have made the flowers by folding the petals particular ways, they are like lanterns. I register two specific ones, a large pink rose or magnolia one, and a blue one fashioned to look like an orchid. They float about half a metre above my head. I am conscious that my backpack is floating in the water some meters away from me, and it seems to be drifting further out to sea. I vaguely recall a shore, and vision myself attempting to swim back there but unable, my hands pushing the water behind me without achieving any significant movement. I'm still lying there, increasingly aware of the impossibility of being on earth again, and I sort of resign myself to the fact of this, and float on."

What's haunting me is that a specific song was overwhelmingly playing. I think it must have been playing in the real world on my radio, and it became a fundamental part of my dream. It was like a really transcendent, classical kind of intense song, that everyone knows, but I just CAN'T identify it with a title and artist! Oh man! It is actually so frustrating. 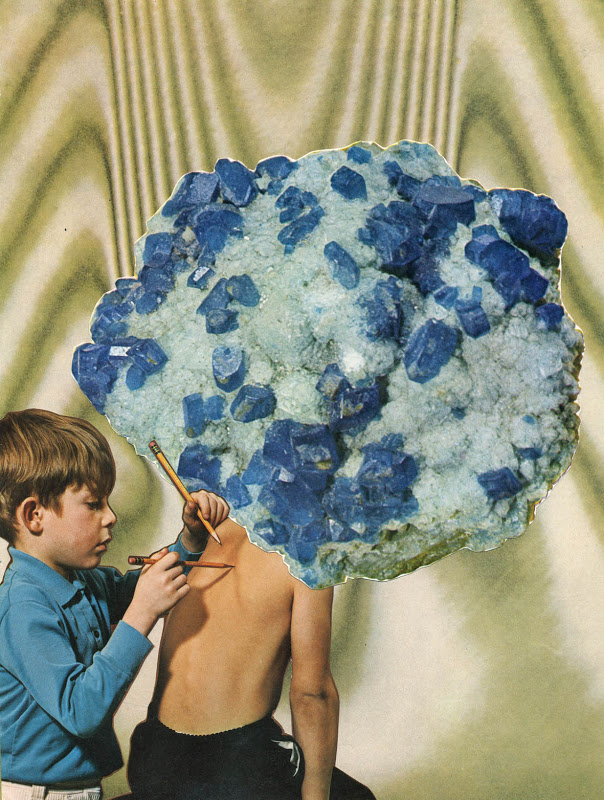 I was SO productive in the studio today! Until I got a headache at like 3 o'clock and had to get a block of chocolate, STAT. I made the above collage plus heaps of new stuff that is way better than above and  will be soon be revealed!

I think that's all I have to share. Mainly I felt so good working solidly in the studio today! Oh also, I was listening to Neil Young's 'Helpless' over and over and over again. I have this amazing rare version that is live from the early 70s I think and Joni Mitchell is singing back up, and he introduces her and stuff, it's so beautiful hearing her back Neil because their voices are actually really wild together, hers is like a vague angel in the background wailing or something and his has that falsely staunch fragility (it's very complicated) it is like you hear those cracks in his, whereas Joni is more heavenly and celestial. Anyway it's really nice.