The problem is all inside your head she said to me 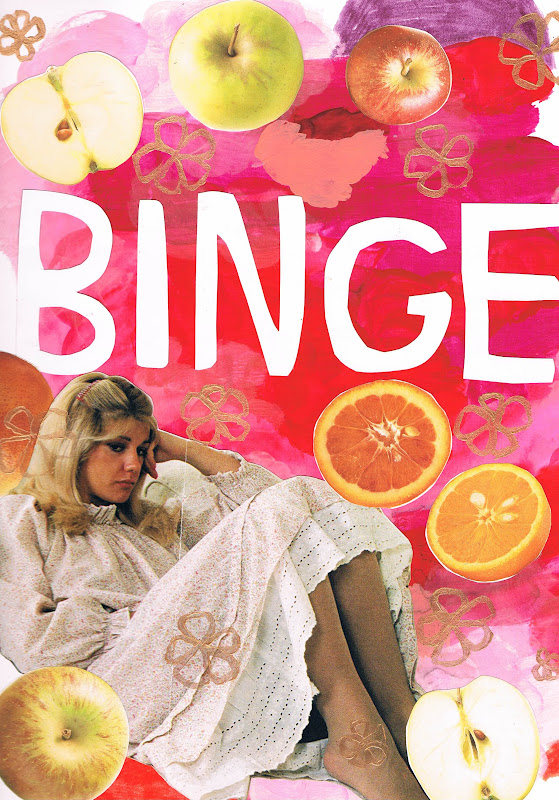 Today was one of those REALLY LONG days, where the morning seems like at least a week away from now, even though it was like a few hours ago. That sentiment is not articulated to the best of my ability and I apologise, I'm just laying here on my bed with the mental capacity of a potato because I used up all my thoughts in my presentation at Uni today!

I had to present my 'body of work' (If one could call it that) over the past like three years but I was too embarrassed to go that far back so I only went back to last year. All my work from the more distant past I absolutely cringe at, but I also know this is an unfair reaction, because to get to the point I am at now, I had to go through those stages - as terrible as they were. Anyway my lecturers said some really interesting stuff. Poignant points that were raised included this longing for wisdom, guidance or a kind of religious experience via pop culture, and the possibility of a new folk movement. Also, this idea of me as a kind of 'medium' communicating some profound message from the universe via my work. I don't know what that message is by the way, but apparently it's up to me to find out.

On another note, last night my friends Georgie, Gonzalo and Lottie had an exhibition in a public toilet on Smith Street. It was called 'Out of Order'. Personally I just loved it, the grittiness and the kind of ephemeral nature of the show. It was up for an hour and was taken down with such speed I blinked and it was gone. I was glad to have experienced it in real life, all squashed up against some guy in a dirty toilet cubicle. It was great!

Now, after a busy week of art and thinking and making and talking I'm on holidays, or as close as I'm going to get to holidays for the moment, anyway. We just have a week off over Easter which is nice and will give me a chance to gather my thoughts and perhaps do some writing. No more bingeing, hopefully - or if any, tasteful and moderate bingeing (can one binge moderately?) My Rookie collage this week was obviously about last Saturday night, with the salt and the plums and stuff. That party is still the talk of the town, and there is a hilarious rumour spreading around, involving me - that isn't in the slightest bit true, but playing on the mystery is fun. In the meantime I'd love to meet my look-a-like. 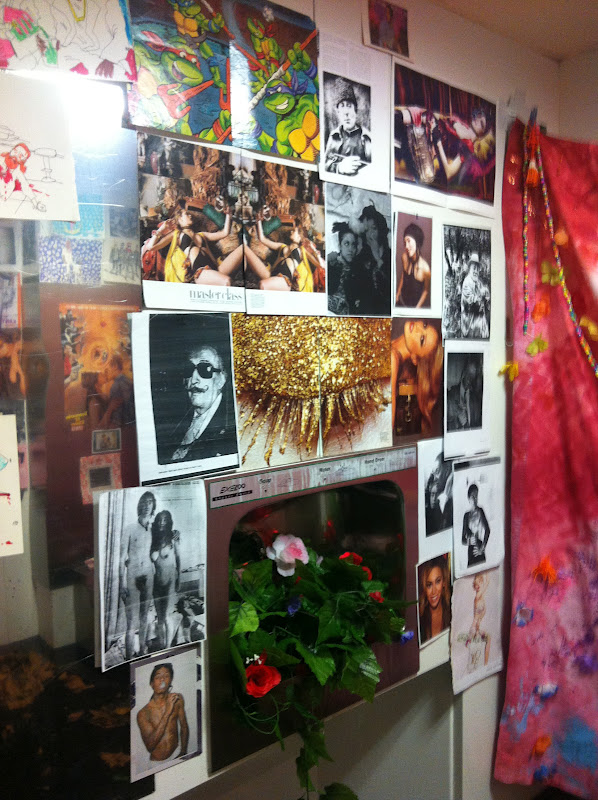 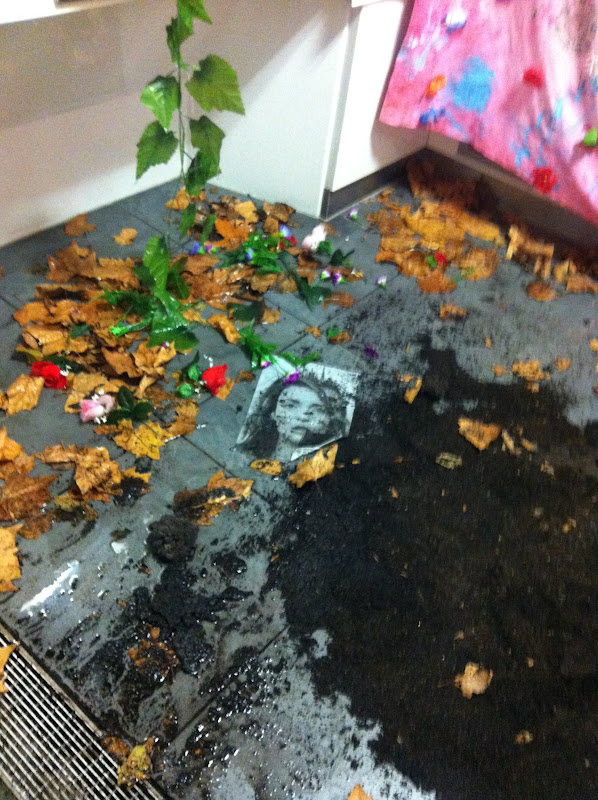 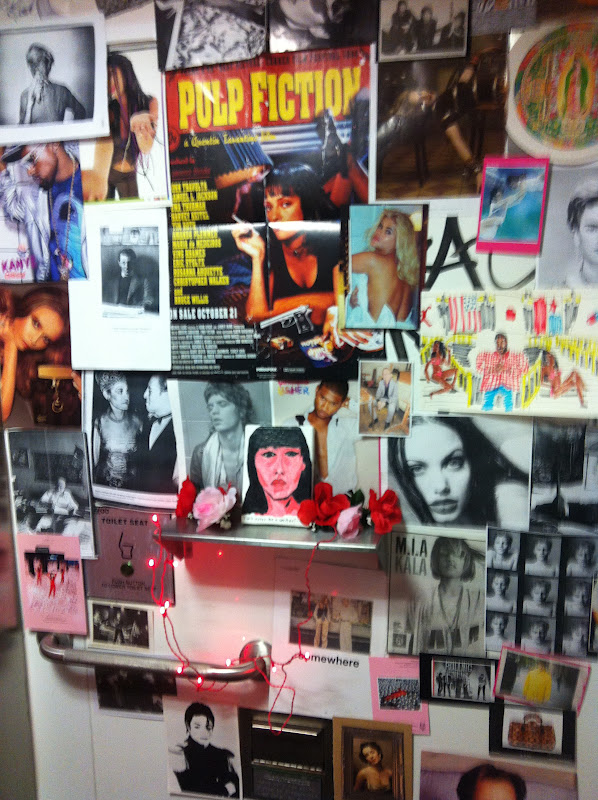 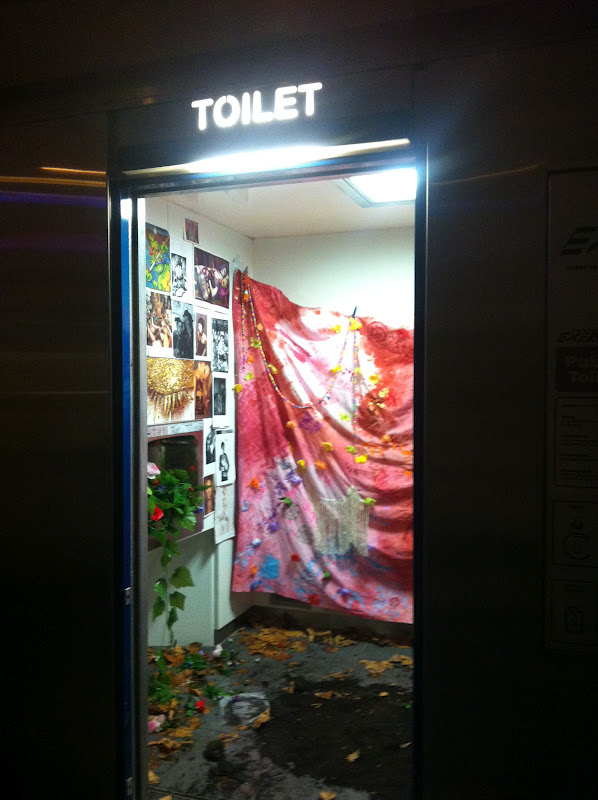 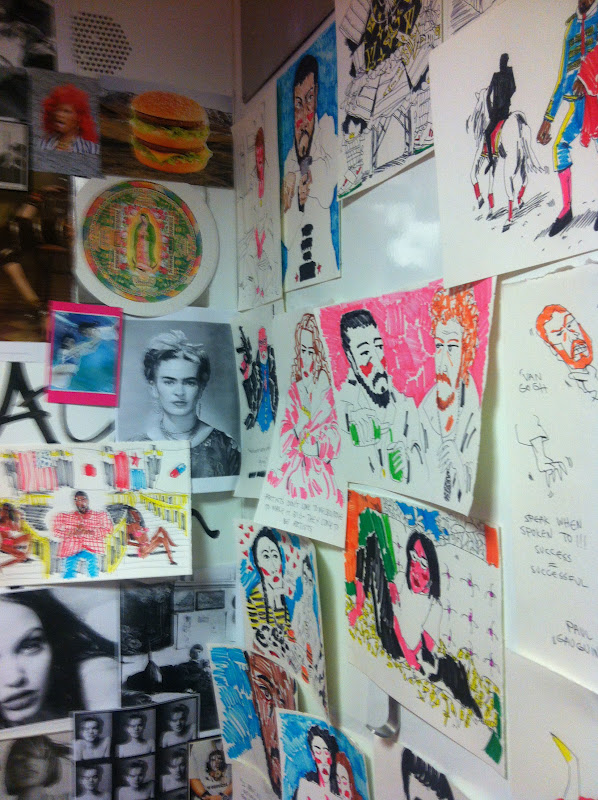 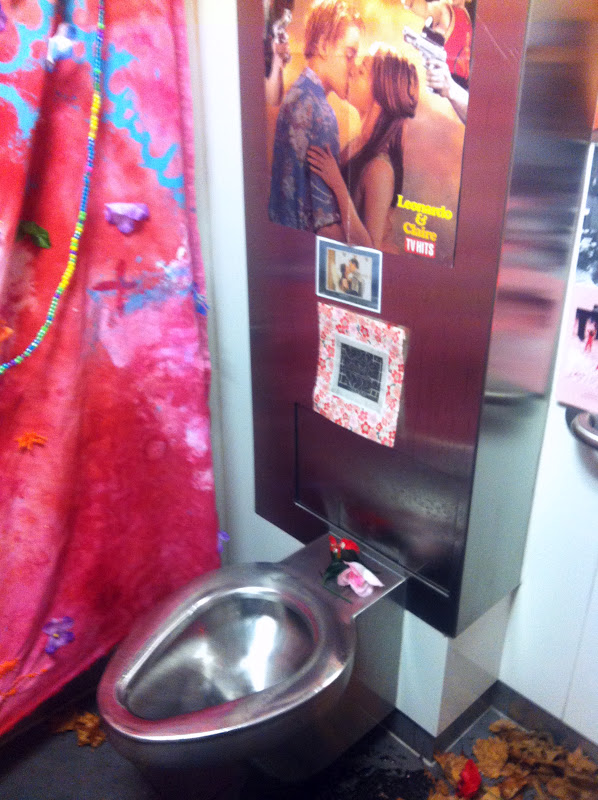