I had two heart attacks before I got the bicycle

Here are some pictures of my work in the collage show the other night. I don't think I have anything else to divulge other than I've had a Woody Allen watching weekend because I've been avoiding making an 'important decision' as per usual. I am going to grant myself one more night to 'sleep on it' even though I'm pretty positive the weight of sleep only makes one's ability to decide even more so cloudy.

Actually I wanted to share a reaction that my painting received while I was sitting the gallery yesterday. A small child came into the space and was running around in circles until he saw my work. He ran up to it, saw the picture of the hamburger stuck in the centre and jumped up with both hands hitting the painting shouting "LOOK! A HAMBURGER!". I was kind of happy because at least he wasn't bored... 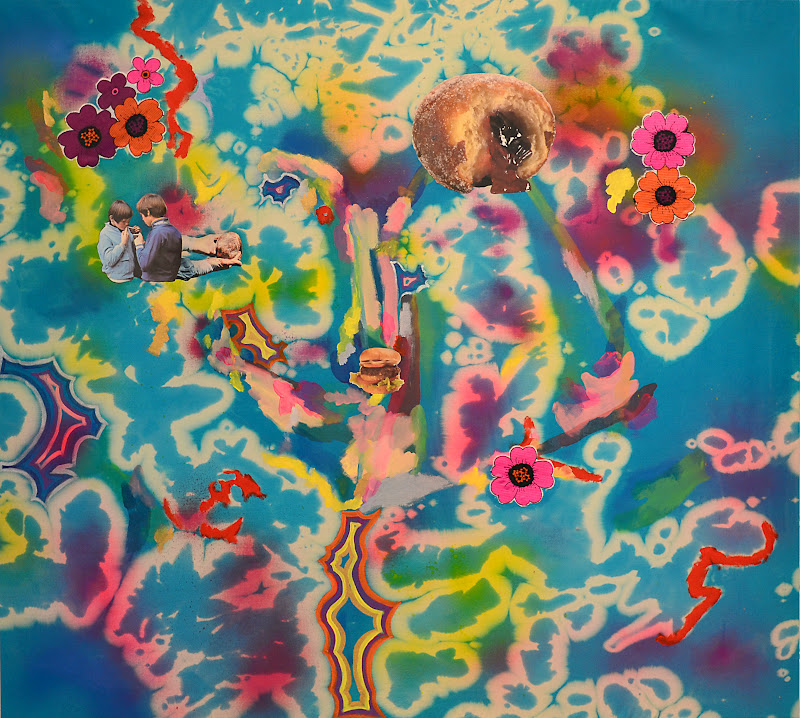 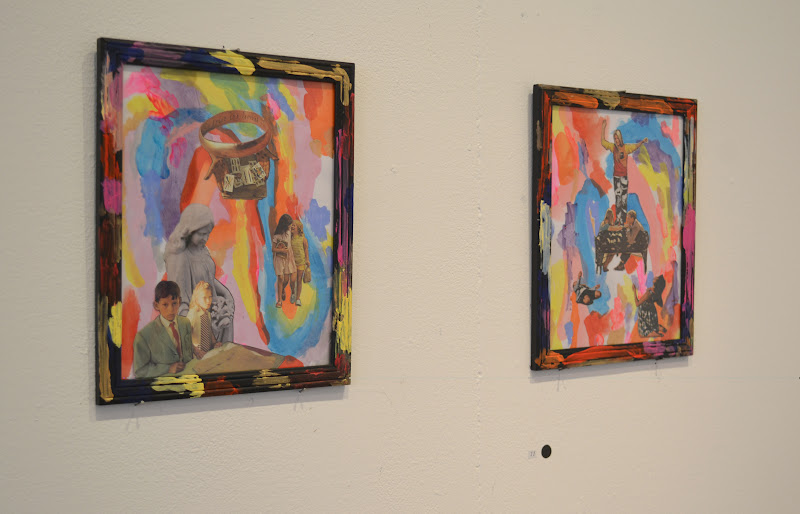