Tonight me and my friend Louise went out to a party of an old, old, old friend of ours. I love the term 'old friend' because it's so romantic and I always think about in Almost Famous when Penny Lane has overdosed on quaaludes and she says to William: "And you... are the last of my old time friends.."


It's true I don't have many old time friends left, but those that I do have are as valuable to me as William is to Penny Lane, when she almost dies and it's really sad and William saves her life and they play My Cherie Amour by Stevie Wonder. Those few people who knew me 'pre art school' who I am still friends with today, I have a real fondness for. So that's why I decided to leave the house tonight and drag Louise my fellow hermit along with me. The party was really cool, because it was in this place where people were just 'squatting' which is a really kind of crass term that doesn't seem to fit because they'd set up this wonderful communal living space that was functional and beautiful and like everything I've ever romanticized about but never come close to experiencing.

This place is getting demolished tomorrow and obviously the occupants can do nothing about it, so they were having this party as a last hurrah or something. We were encouraged to do whatever we wanted like paint the walls and drink and dance and be naked and there was no electricity so everything was lit with candles that were shoved into empty wine bottles and we ducked through narrow hallways graffitied with nihilistic phrases and we sat on cushions and talked about art to the best of our abilities and soaked up those vibes before we had to go home and I even watched some guy do a really incredible magic trick. 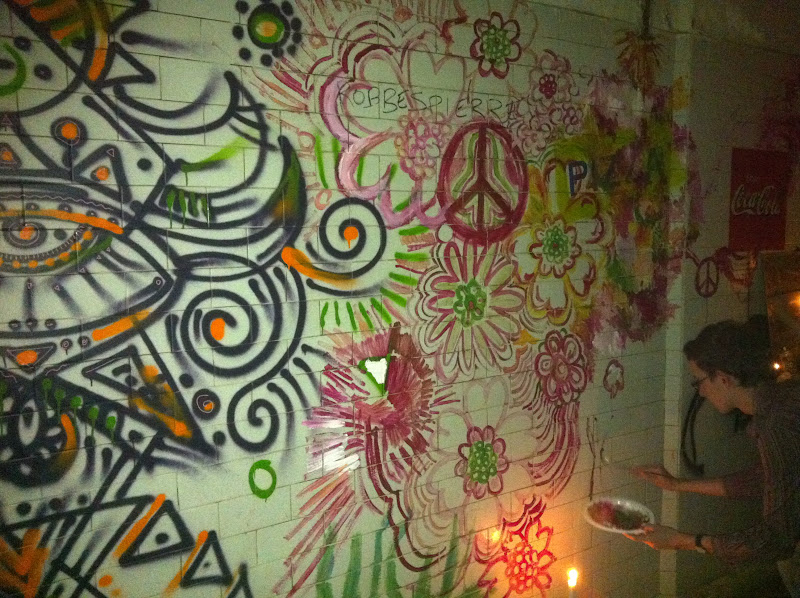 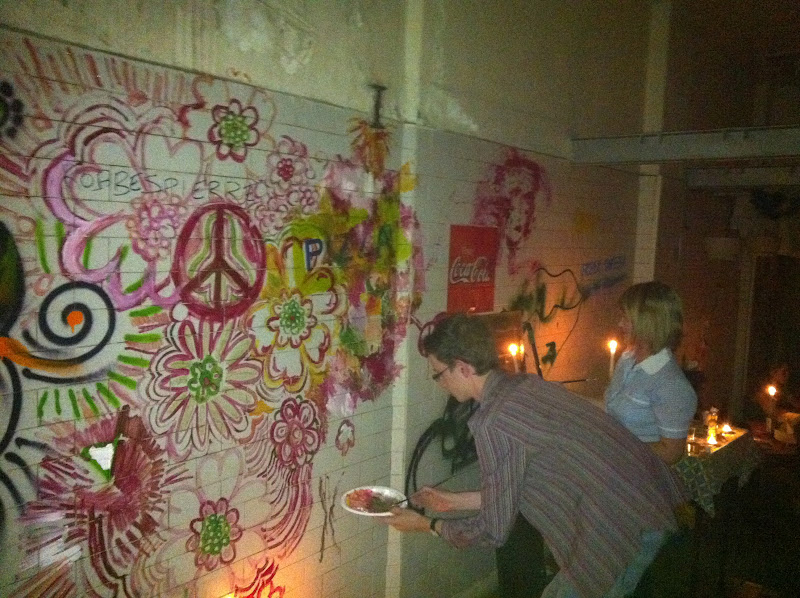 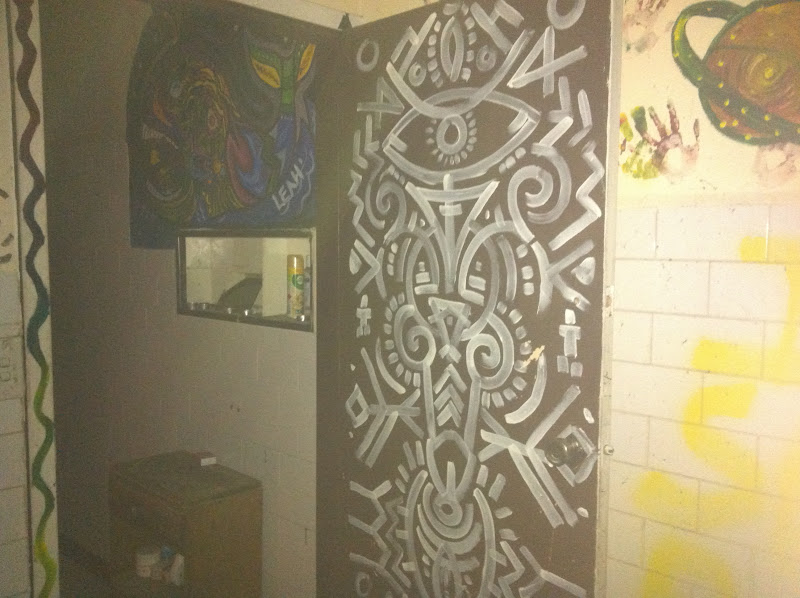 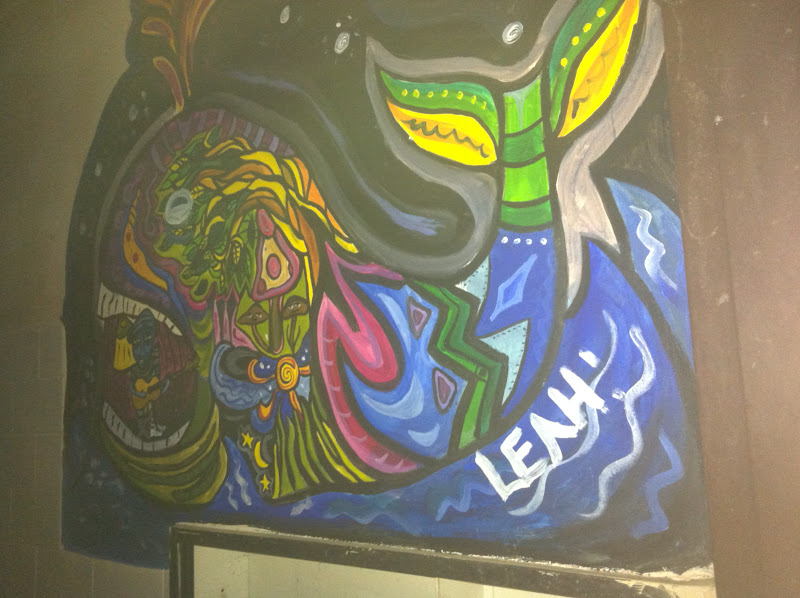 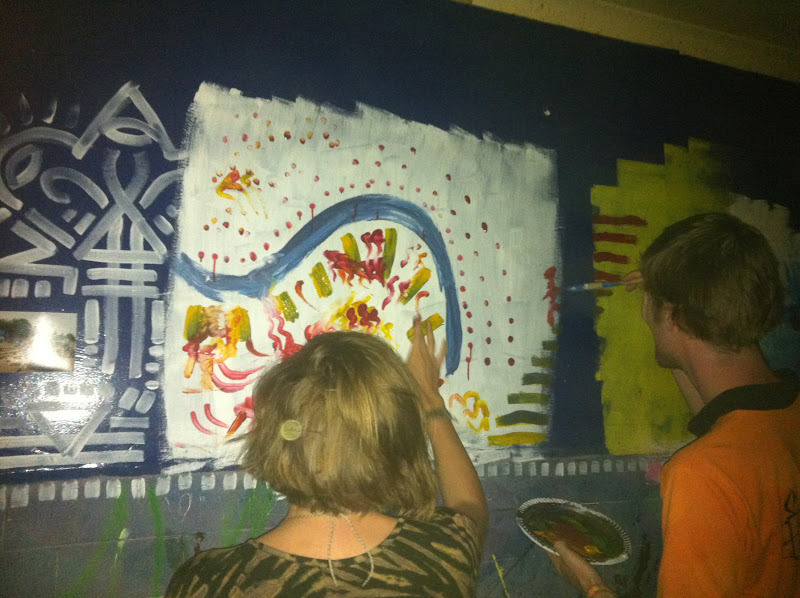 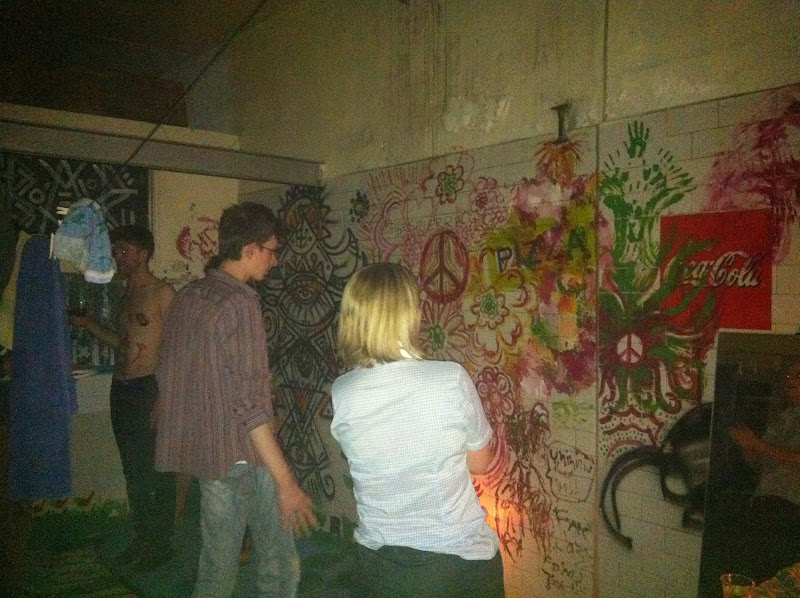 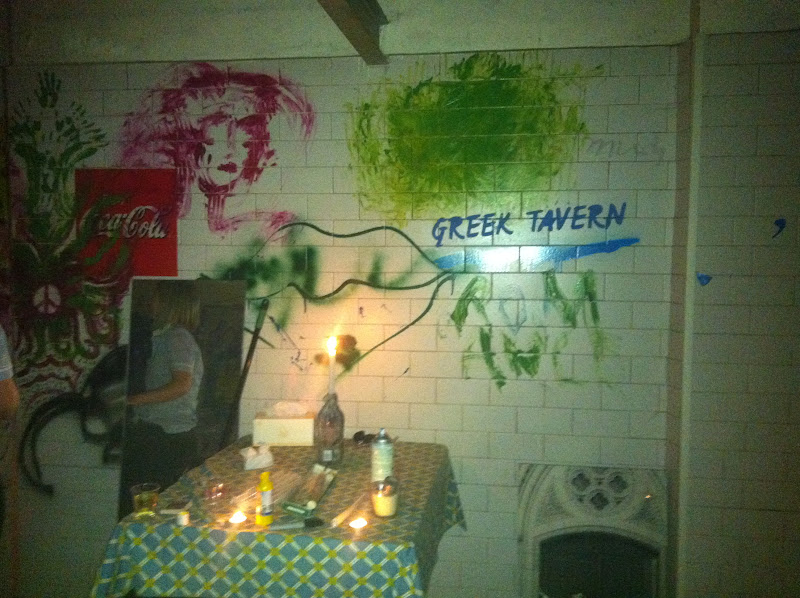