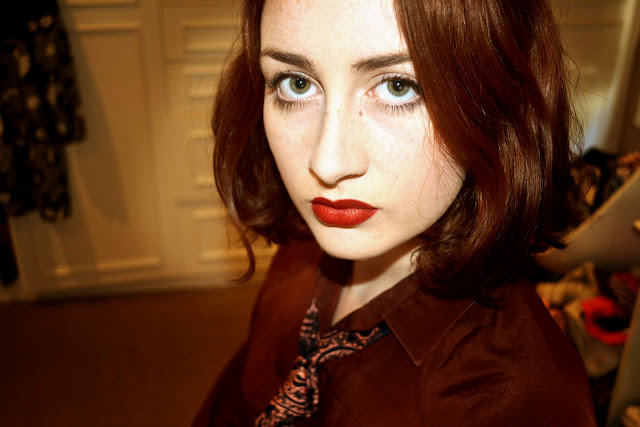 Essentially how I feel about life is how Woody Allen feels at the beginning of Annie Hall, you know the Groucho Marx quote "I never want to belong to any club that would have someone like me as a member" however, something else for me is also summed up in this less eloquent line: "My wife gave me a watch. It was waterproof, anti-magnetic, shockproof, unbreakable, lifetime guarantee. I lost it." Essentially I always feel like Louise in Bob Dylan's 'Visions of Johanna', while it remains that if I was Johanna the grass would be greener, I would have gotten there first and I wouldn't be lying in bed at 11.03am on a Monday feeling like I can't get out.

How boring it is to read the teenage torments of a twenty year old, how boring it is to know that at some point we all feel the same even if it feels like no-one has ever experienced such torture before. We are never the only one. There's something about being young and having this idea that the thoughts we have are so brilliant and unique that we're the only ones to ever think or feel them. I mean, it's blindly yet innocently egocentric and a huge part of youth, feeling at the forefront of all that has been before you, feeling on top of the world, alone, with the unfairness of it all that no-one else is perceptive enough to pick up.

I have news for you all - everyone is aware of it, but we're never going to survive with that knowledge, I hate to break it to you - but it's impossible. We think no-one's thought of it before because as you get older it's easier to ignore the unfairness of it all than to exist among it. It's crazy but we're never gonna survive unless.. well, you know.

I made this playlist that I even uploaded on Mediafire so you can download the songs. (It's really easy, thanks Yalei!) and here is the link http://www.mediafire.com/?d587nkxof67td

The above picture is me trying to be like Woody Allen and Diane Keaton as Annie Hall and myself combined. Doesn't work.